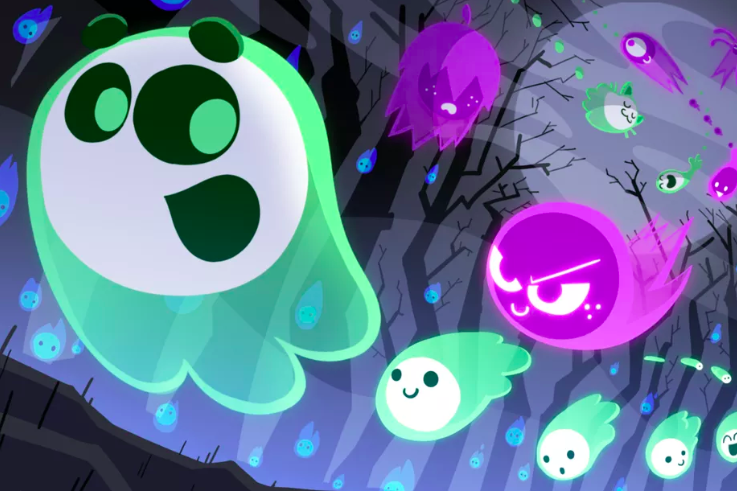 Google ghosts are back once again for Halloween, and this time it’s something of a first.

Google’s 2018 Halloween Doodle is multiplayer game hosted on Google’s Cloud platform that lets you share an invite link with friends to join in and play.

Also check out: Motherboard for i5 8600K

The game is a bit like Snake in which players’ ghostly avatars eat things – or collect “wandering spirit flames,” according to Google’s official description – in order to make their ghostly tails get longer.

The aim is pretty simple. Collect as many spirits as you can before the time runs out and deliver them to your team’s safe house. You’ll run into your friends along the way and be able to steal their spirits, but be warned, they can do the same too!

You can play with up to seven friends and choose whether you want to be on the ghoulishly green team or the paranormally purple team. Alternatively, if no-one else is available to play, you can take on random players from across the world.

While Doodles, which are used to mark significant occasions and commemorate holidays, have included a number of interactive elements in the past, Trick-or-Treat: The Great Ghoul Duel is the first time users have been able to participate in a game together.

Google made the multiplayer game possible by running it with its own Google Cloud Platform and an open source matchmaking framework.

But as with all Doodles, it will only last for the duration of the day, so hurry up and play!