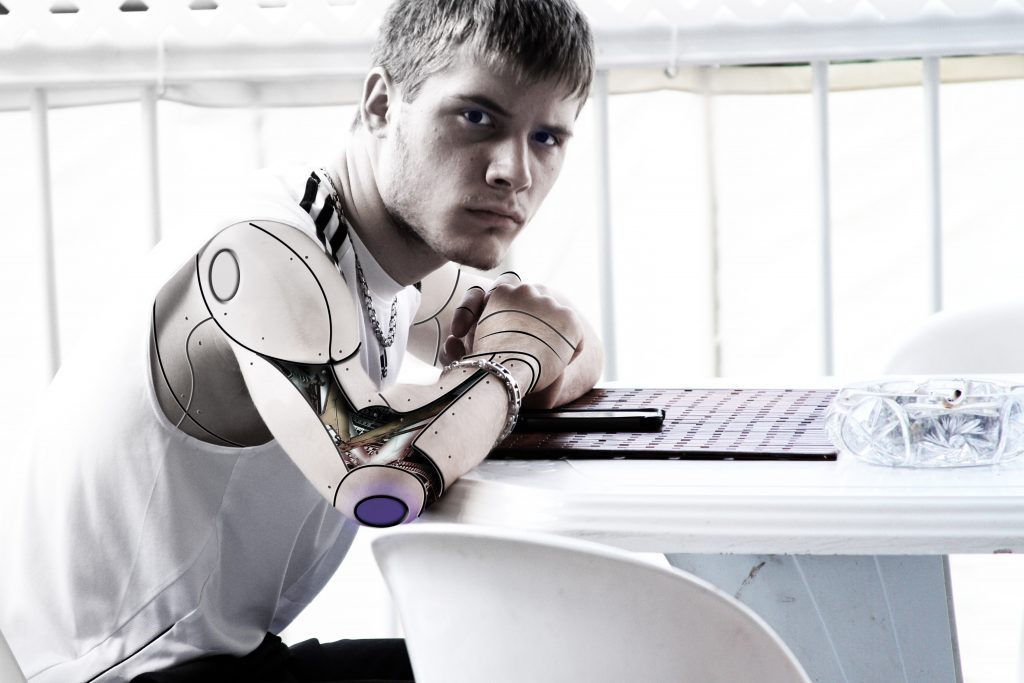 Brits would be willing to use body enhancing technology to become stronger, faster, smarter and more attractive, a study has found.A poll of 2,000 adults has revealed the nation’s feelings towards a cyborg future – humans with robotic upgrades – and the lengths they would go to in a bid to enhance themselves.From improving their senses to making life easier, if Brits had the option of incorporating cybernetic implants into their body, 92 per cent would be tempted by a technical upgrade to boost their abilities.

It also emerged a quarter would be willing to be a paid ‘test subject’ to trial untested high-tech body enhancements.

Of those, two in five would require just £150 or less to have new technology implanted into their body, with 18-34 year-olds being most prepared to take the risk.

The survey was commissioned by Virgin Media in support of their latest near-future TV drama, ‘The Feed’, which premieres on September 16th and explores our addiction to technology, and our terror of having to live without it.

Ian Pearson, futurologist and spokesperson for Virgin Media, said: “Engineers have been discussing cybernetic technology for decades but it is now becoming real.

“Some people already have identity chips implanted under their skin to allow easy payments.

“Soon, active contact lenses will enable super-vision, and soon after that, active skin will allow the nervous system to be connected to external IT.

“The future of this technology is closer than many realise, so Brits who’d like enhanced vision or their social media accounts in their mind might not have to wait as long as they think.

The study found almost 60 per cent of adults would opt for tech to enhance their eyesight, closely followed by the ability to heal quickly after injury or illness.

Fifty-three per cent would install an upgrade to give them a perfect memory, while half would improve their intelligence.

As for enhanced skills, more than a third would happily have tech enhancements if it allowed them to learn a new language in seconds.

And 28 per cent would opt for a biological battery which never ran flat, meaning they had limitless energy and never flagged.

The survey also revealed that 28 per cent of Brits would be willing to tamper with their grey matter and have a microchip installed into their brain to add specific functions to improve their daily lives.

The most desirable use for this theoretical ‘brain chip’ would be as a GPS system to provide directions should they get lost.

Almost one in five would like their chip to contain all of their personal data and identification so they wouldn’t need to carry a wallet anymore.

And one in eight want their emails and social media updates beamed directly to their minds.

But while Brits seem keen to embrace this theoretical body upgrade, fears around this kind of integrated technology still exist, with 56 per cent admitting they would have concerns about Artificial Intelligence taking control of their implants if they had them installed.

More than two thirds are also nervous about what the future of technology and AI may hold for the human race.

Of those who expressed concern, half fear we will become too reliant on tech in the future, and two in five worry AI will one day surpass human intelligence entirely.

‘The Feed’ premieres exclusively on Virgin TV on 16th September.