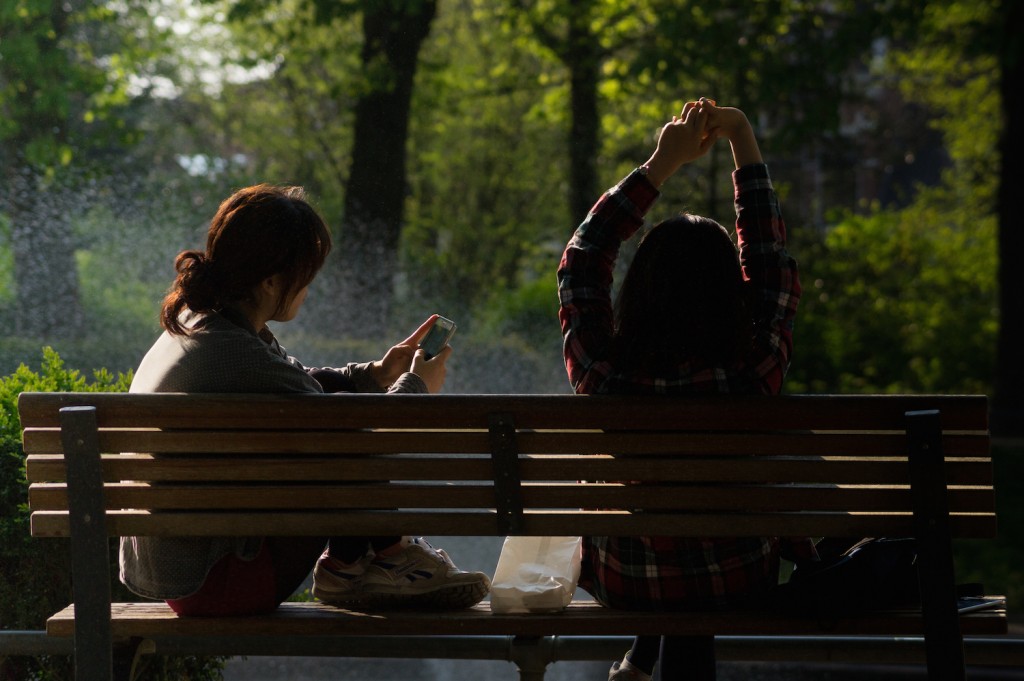 It’s perhaps a sad indictment of our society, but not particularly surprising that one in five Brits adults now feel ‘more comfortable’ interacting with people online than they do face-to-face, according to new research.

A detailed study found a large percentage of the population have become so used to communicating via tablets, PCs and smart phones that they now consider traditional first-hand socialising a ‘challenge’.

As many as one third of those who took part admitted fretting about what they will say and worrying they’ll make an embarrassing faux pas. Others confirmed they would rather converse with friends over the internet because they feel ‘less intimidated’ doing so.

Furthermore, 33 per cent feel nervous when meeting people face-to-face for the first time and four in 10 experience pangs of worry at the mere thought of going out – even with their own friends.

These worrying revelation may partly explain why half of those polled admitted feeling lonely and disconnected from wider society.

The stats emerged following research into social anxiety and the impact of pets can have in reducing symptoms associated with this condition – including low self-esteem, panic attacks and avoiding social activities.

Commissioned by Mars Petcare UK, the research of 2,000 adults found 54 per cent of pet owners who took part in the study found socialising ‘easier’ upon getting an animal.

The study was carried out by the pet product manufacturer to launch its ‘Thank You Pets’ campaign and to celebrate National Pet Day, which takes place tomorrow (Thursday 11 April).

It found nine in 10 reported feeling less lonely and two thirds experienced a new sense of purpose in life.

In fact, almost 50 per cent said their feeling of loneliness started to fade within days of getting a cat or dog.

Corinne Sweet, humanistic psychotherapist and author, said: “Building a relationship with a pet is a major step towards breaking down feelings of isolation, loneliness and anxiety.

“People confide in their pets; calm down by stroking and grooming them and get exercise by taking them for walks – even a trip to the vet is a way of getting out and meeting new people.

“Pets can welcome you home, give you physical and emotional contact, and make you feel important.

“They can help with heartbreak, illness and separation, and be a family ‘hub’ when times are tough.

“On an ‘evolutionary psychological’ level humans have always interacted and co-existed with animals, so it is a symbiotic relationship with deep emotional roots.”

Those polled typically feel anxious around five times a week. However getting a cat or a dog could reduce these anxieties among those without a pet – according to many of those who already have a four-legged companion.

More than half of those who don’t have a pet admit they would like to get one in the future.

But the Mars Petcare UK research carried out through OnePoll found there are a number of barriers to this.

The biggest ones include leading a lifestyle, which isn’t conducive to having an animal – such as working long hours, – and not having a big enough home.

Deri Watkins, general manager of Mars Petcare UK, said: “We know that when people bring pets into their lives, there are proven benefits to general well-being, mental health and social cohesion.

“The vast range of positives that pets bring is something that we want to celebrate this National Pet Day by saying thank you to all pets.

“Everyone deserves the right to enjoy the benefits that pets bring to our lives.”

To find out more about the ‘Thank You Pets’ campaign click: www.mars.co.uk/doing-our-part/thank-you-pets