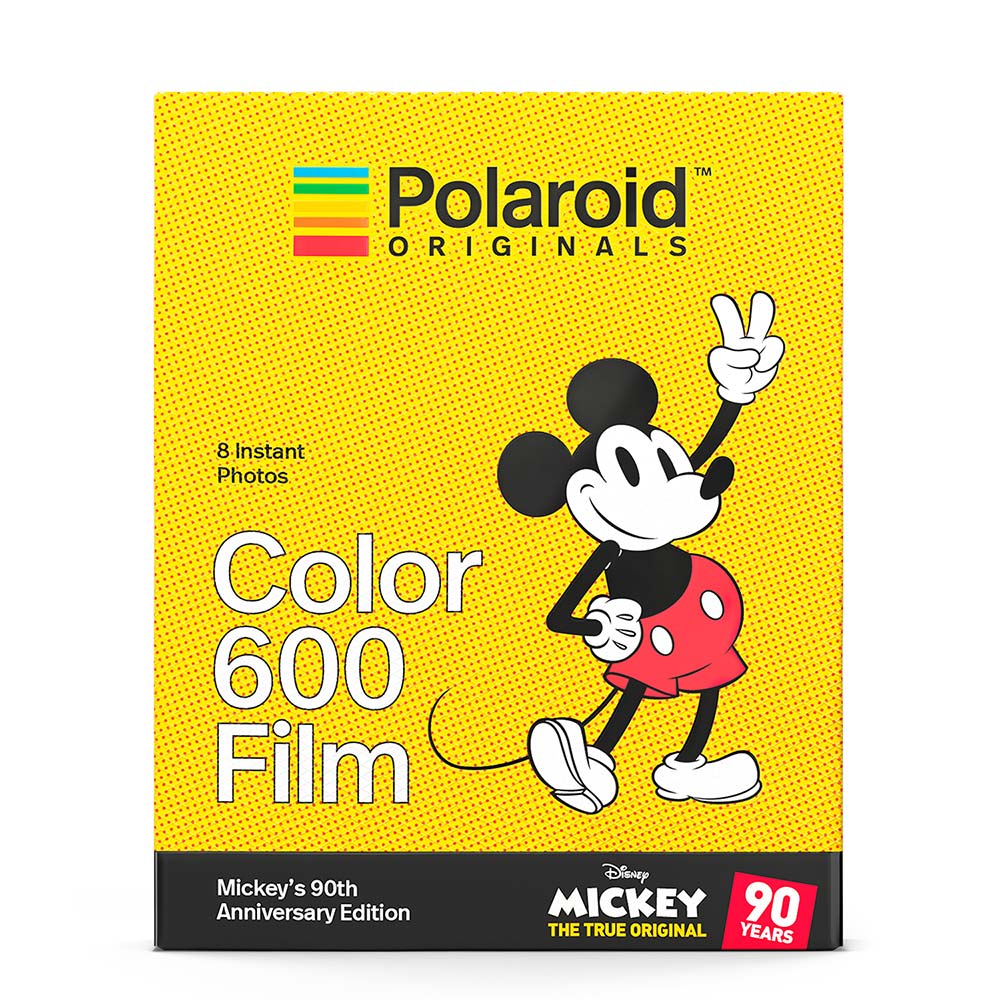 Couple of months back we reported that Disney had teamed up with appliance manufacturer Smeg to launch a limited edition Mickey Fridge. Now it’s the turn of Polaroid to celebrate Mickey’s 90th Birthday.

In keeping with anniversaries of beloved household names, Polaroid marked its 80th last year by returning to analogue instant photography with the launch of PolaroidOriginals.
Now, to celebrate Disney Mickey Mouse’s 90th Anniversary, Polaroid Originals has released 90th Anniversary Edition Colour 600 Film with which anyone can create, and become, a true Original.

Each film pack includes 8 out of 12 possible frame designs featuring Mickey character elements, for a sense of discovery and delight every time you press the shutter.

Founded by Edwin Land in 1937, Polaroid created instant photography as we know it today with the launch of the breakthrough Polaroid SX-70 camera in 1972, followed by landmark innovations such as the original OneStep, colour instant film, and the Polaroid 600 and Spectra cameras and film formats.

Artists who used and were inspired by these cameras include Andy Warhol, Helmut Newton, Robert Mapplethorpe, Maripol, Keith Haring and Guy Bourdin.