Tech enthusiast Katie Greene picks her favourite 7 startups which she reckons are set to take the world of gaming by storm….

2018 has been shaping up to be an exciting year for gaming, as numerous companies are showing off VR/AR tech, the Razer 2 phone (and possibly Project Linda?) will be released later this year, and we’re only a few months away from TechCrunch’s Disrupt SF 2018 conference.

It’s always difficult to predict exactly which startup companies will truly change the gaming landscape – hollow promises and vaporware are abundant in this era of overnight fundraising success stories.

But after reviewing some of the more truly promising startups between last year and now, we’ve put together the top 7 startups that are more than likely to take the gaming industry by storm. 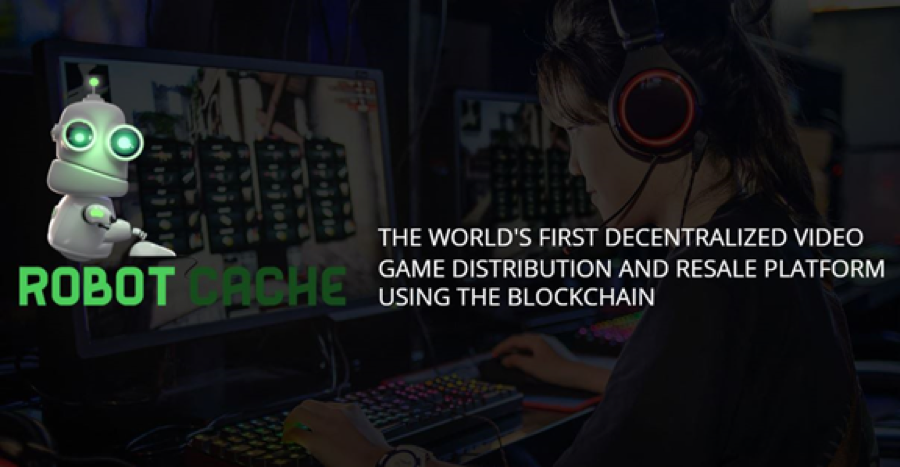 Robots? A whole cache of them? That’s freaking awesome! Wait, what? Robot Cache has nothing to do with robots…? So, what are they? 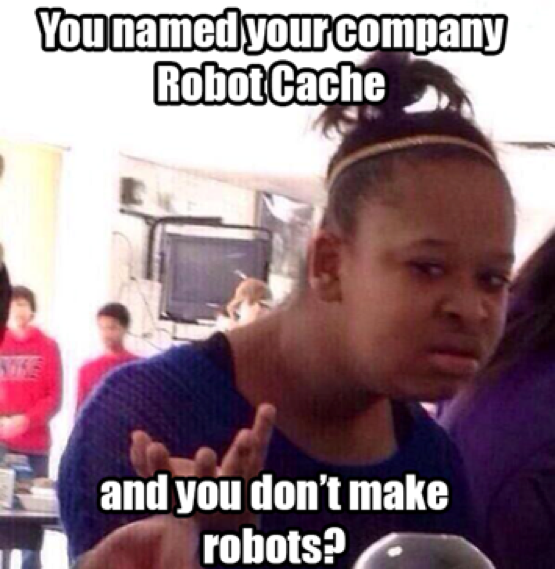 Robot Cache is a recently founded *drumroll* cryptocurrency and blockchain platform, specifically for gamers! Which makes it like, the millionth one launched in the past year.

So what sets Robot Cache apart from the rest? Well, they’re aiming to be a direct competitor to Steam – by allowing developers and gamers to sell games through the platform.

Backed by a cryptocurrency called IRON, they’re promising game developers up to 95% of revenue from sales, and up to 70% in resales – Steam takes 30% revenue from developer’s sales, for the record.

Gamers will also be able to sell their old titles, for up to 25% of the set resale value – this basically means that if you buy a new title for $50, and its resale value is $30, you’ll pocket $7.50, with the rest going back to the original developer.

That sounds kind of pitiful, but it addresses some major beef game publishers had with second-hand game sales, like through GameStop. And its technically better than nothing, since Steam doesn’t let you resell games at all.

French startup company Blade recently launched a cloud-based box called Shadow, and it wants to completely disrupt the gaming hardware industry as we know it.

It’s a subscription-based service – basically, you rent a little box from them which connects to your monitor and peripherals. This box communicates with Blade’s data center, which is hosting the equivalent of >$2,000 USD computer hardware – GTX 1080 GPU, Intel Xeon CPU, 12GB RAM, etc.

So you’ll stream your games from the cloud, and be able to play basically anything out there, at maximum graphics quality, without spending a dime on computer hardware.

Because the tech is fairly new, there are some issues – as noted in this Cnet review. Mainly, little bugs and glitches in the main software, and the fact that average internet latency isn’t quite ready for streaming glorious 4K-resolution graphics without a hitch. But dude, we’re getting there!

The Kickstarter campaign for the “world’s first 8K VR headset” garnered over $4.2mil USD in pledgers. It was set to be released in January, but was postponed for performance issues – but the developers are expecting to begin the closed-beta process in the summer. 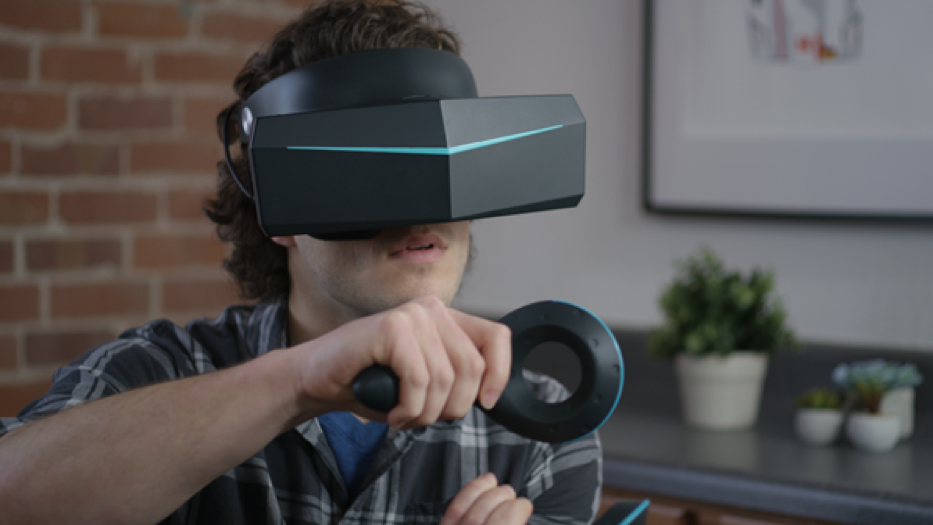 However, we’re willing to forgive the delays behind this project, as the company has been pretty transparent about their progress and issues to be ironed out, so we’re rooting for the Pimax 8K because otherwise it will look quite silly on this article in hindsight. 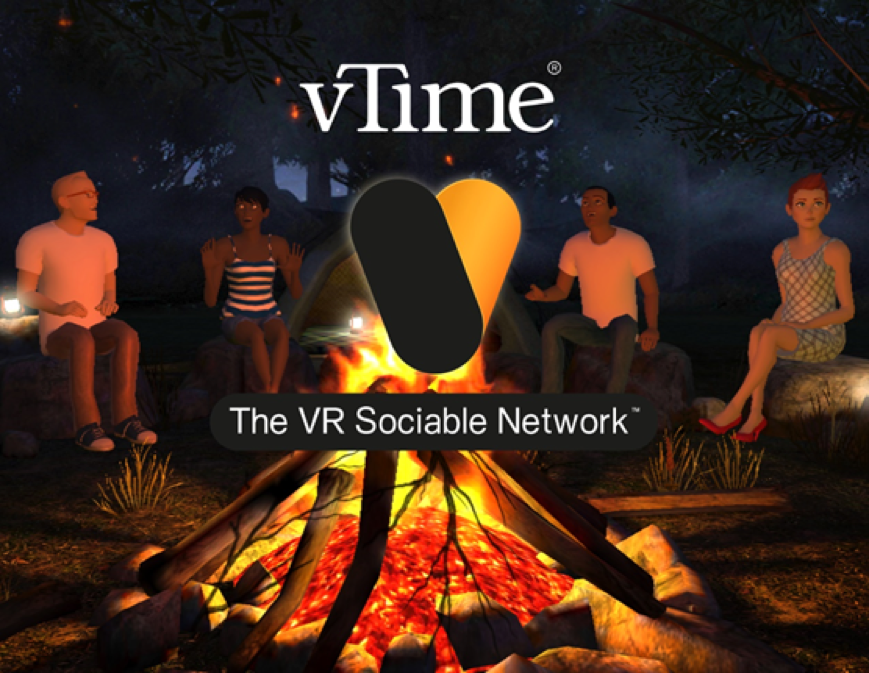 If you haven’t heard of vTime, it’s basically one of the first VR social networks that was launched some time ago – create a 3D avatar and chat with your “friends” (or 60-year-old men posing as a 20-year-old Asian schoolgirls), in various VR scenery. What does this have to do with the future of gaming? 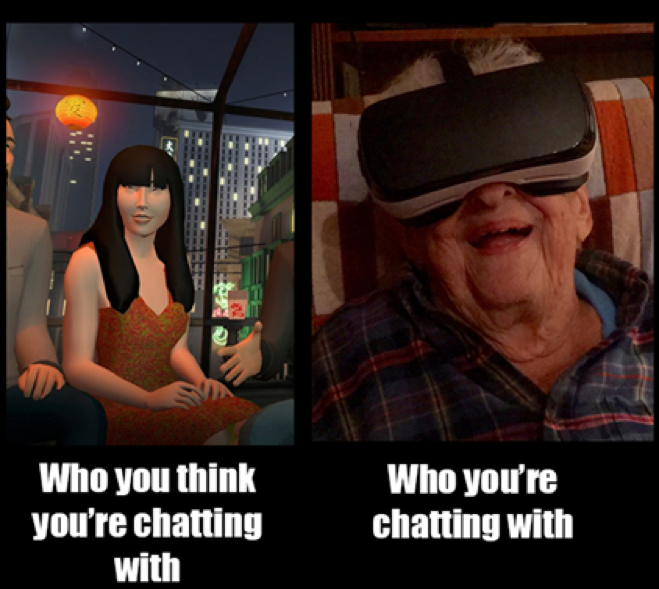 It turns out the company recently closed out a round of fundraising and raised over $7.6mil USD, which they’re going to put towards identity verification, an AR version of the platform.

Now it’s a stretch, but let’s hypothesize for a minute that this really takes off – we could quickly see it become a social gaming platform; do some AR parkour a la Short Life, or laser tag in your backyard, or live-action Zombs Royale.io…. all right, we’re reaching pretty far with this one, but the potential is there 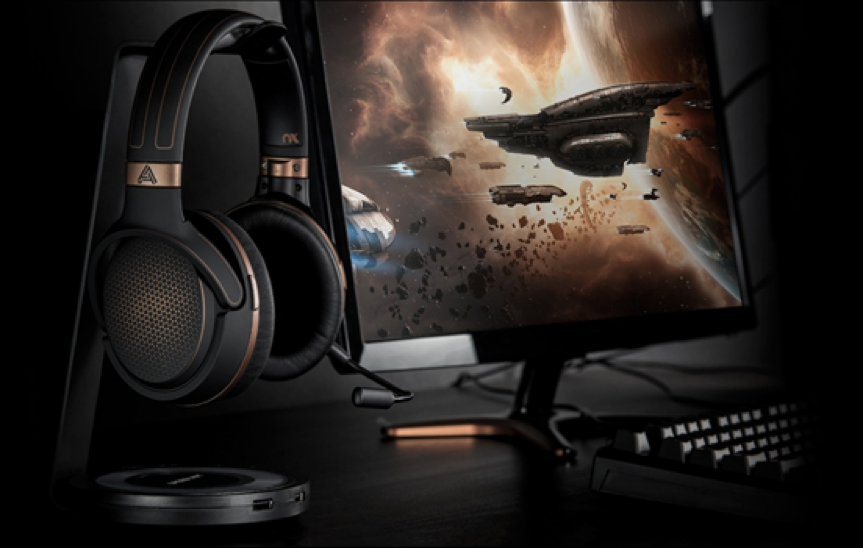 If you’re not an audiophile and didn’t understand what any of that means, basically, you’ll blow your eardrums out from diamond-clarity gunshots in FPS games before you hear even a hint of a distortion crackle from these headphones – 120 dB is on par with a thunderclap, for the record. Not only is this truly awesome for audio quality in gaming, it’s going to do wonders for the hearing aid industry in a few years as well. 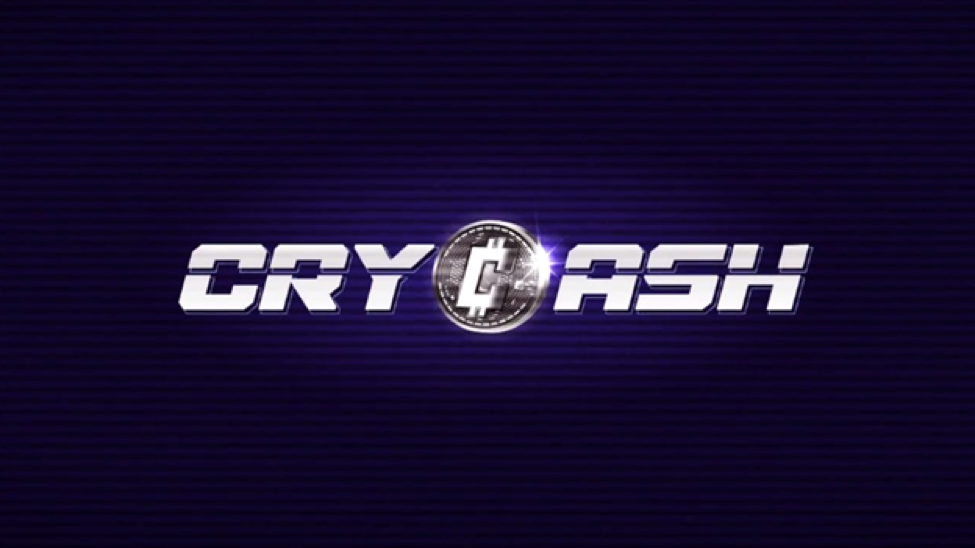 Despite sounding like what I do when Steam summer sales roll around, CryCash is “the first cryptocurrency that satisfies all needs of gamers and game developers.” It’s a bold promise, but consider that they’ve partnered up with Crytek and Plink to make this happen.

There’s a ton of cryptocurrency buzzwords surrounding CryCash, but one of the main features they’re promising is that gamers will earn cryptocurrency for completing in-game objectives set by developers. I don’t quite think it’s going to be like “get Bitcoins for unlocking achievements”, but close enough, actually.

The whole idea is that the blockchain ecosystem will provide CRC tokens to gamers for completing in-game tasks, and you can cash out those CRC tokens for fiat currency, or spend them on in-game apps.

What the heck is Douyu? It’s like the Chinese version of Twitch, and it’s being backed by Tencent, the company that owns, oh, I don’t know… Arena of Valor? League of Legends? Clash of Clans? ArcheAge? Path of Exile? ….ringing any bells yet?

Now, I don’t know if this is purely marketing strategy, but a quick Google Image search shows that Douyu has an astounding number of really cute Chinese girl gamers streaming themselves playing games.

Why does this matter? Because:

Katie Greene is a passionate video games developer and has a degree in computer sciences. She loves channeling her creativity to spread the news about video games and technologies. In her free time, she enjoys cycling and horror movies.