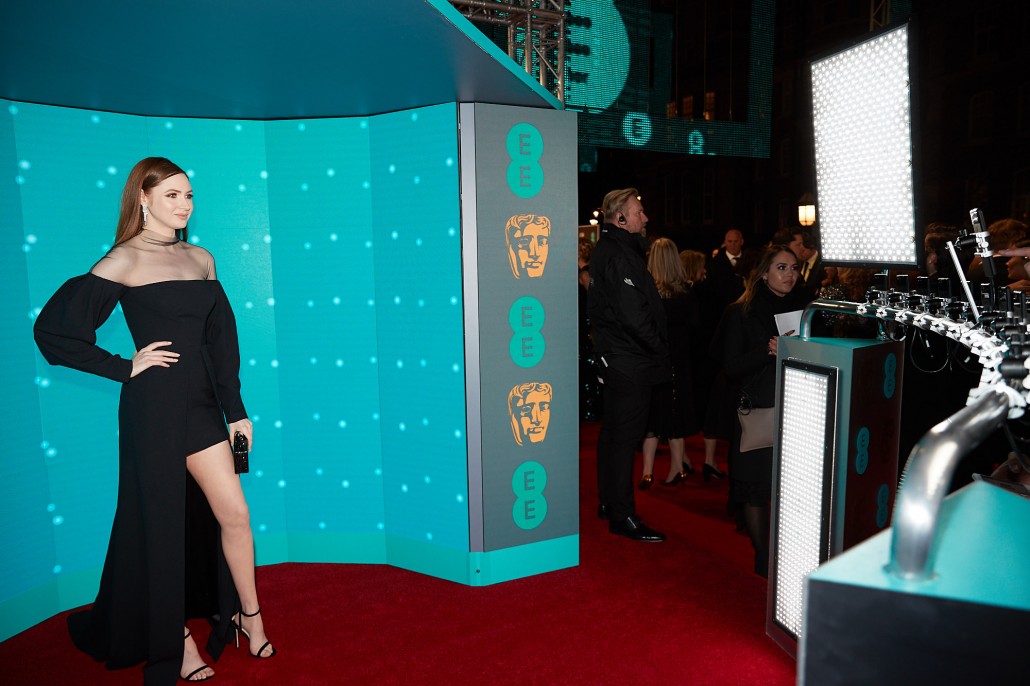 In a world first, EE combined its 4G network with the latest image recognition technology to enable film and fashion fans to shop for red carpet-inspired looks as the stars arrived for the awards ceremony. You can read the full story about how the technology works here.

London, Glasgow and Manchester were the cities which browsed the most red carpet inspired looks on the night.The most popular red carpet collection created by the 4GEE Style Scanner took inspiration from the Dior dress worn by Actress Jennifer Lawrence.

EE’s red carpet presenter Rochelle Humes invited stars including Octavia Spencer, Julie Walters and Josh O’Connor to strike a pose for the world’s first 4G Style Scanner, so fans from across the country could be part of the red carpet action at the prestigious Royal Albert Hall.

The 4GEE Style Scanner operated using a unique camera rig featuring Google Pixel 2 devices. The bespoke rig captured images of A-listers from 12 angles using its unrivalled smartphone camera  in less than two seconds, showing every little detail of their outfits – from the shape of the cut, to the pattern, colour and texture of the material.

Each image was then stitched together, automatically creating a 3D rotating GIF of each celebrity look within a matter of seconds.

Says Mat Sears, Director of Communications & Sponsorship at EE: “We were really excited  to see how many people used the 4GEE Style Scanner to shop the red carpet looks last night. Combining our 4G network with the latest mobile innovation can really connect customers to the things they love.”

Film and fashion fans can continue to shop the red carpet looks seen at the EE British Academy Film Awards last night by following @ee and influencers @MarcusButler and @LydiaBright on Instagram, and checking out their Instagram stories.

For more information on EE’s partnership with BAFTA  visit ee.co.uk/bafta.