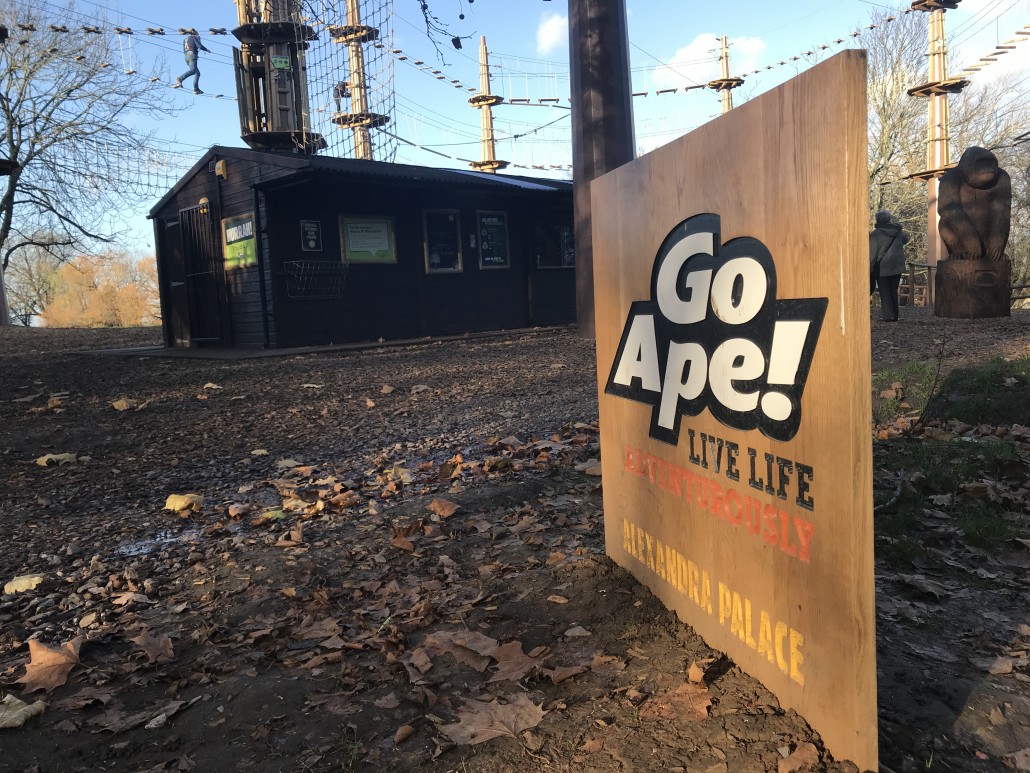 Last Saturday was a beautiful day. Not only was the weather glorious and sunny in London (though extremely cold), we also got to go on a treetop adventure at London’s Alexandra Palace with Go Ape.

It’s one of their recently opened adventure centres in North London (they now have 31 across the UK) and offers stunning views over the city to the south and Lea Valley to the East.

I say we. but actually I left the climbing to two younger and much fitter colleagues (my son and his friend) while I went off to explore different 360 adventures at a football match! (check out this video in Google Chrome to see what a goal and the crowd reaction look like in 360 degrees.)

And anyway who needs to go scaling across rope bridges and flinging yourself along zip wires when you’ve got Virtual Reality! That’s my excuse and I’m sticking to it.

You see with a 360 camera it’s as if you are really there. It’s much more immersive than a standard widescreen video and with the Kodak PixPro which we are using you can attach the camera using the mount provided, either to a helmet or the shoulder strap.

It can also be mounted to a tripod which is handy if you want to capture stable footage on the ground in 360 degrees.

Below you can see the video we shot from Go Ape at the weekend – the boys had great fun and didn’t fall off! And look out for another full 360 video coming soon.

You can also see us filming various London Landmarks in 360 with the Kodak PixPro in this video below: