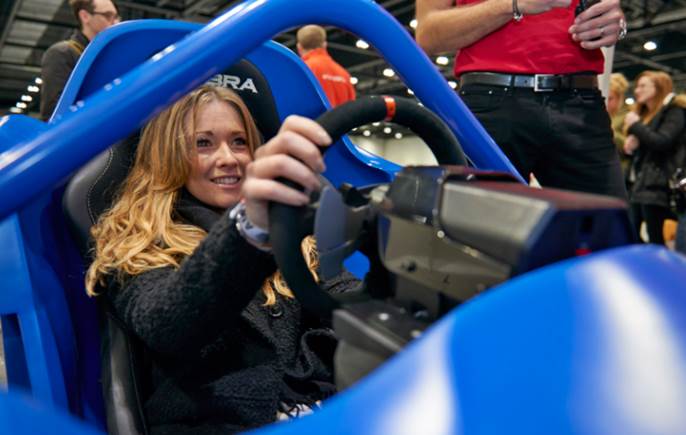 Driving can be dangerous, but when you’ve just passed your test that is without doubt the most dangerous time to be on the road. You’ve got very little experience of being behind a wheel, you may think you know more than you really do and scientific evidence shows you are more likely to take risks!

“The year you learn to drive is the most dangerous year of your life,” Eloise Peabody-Rolf, Young Ambassador at IAM Road Smart (formerly known as the Institute of Advanced Motorists) explained at an event organised by Ford at London’s ExCel last week. “We’re a huge vulnerable audience and there are contributing factors, particularly inexperience.”

According to Peabody-Rolf, who took her advanced motoring test when she was still just 17, doing  anything post-driving to help you on the road such as the advanced motoring test does help. I Am Road Smart also supports the Under 17 Car Club so that young people can get some experience handling a car even before they’ve learned to drive. You can see our interview with Eloise in the YouTube video below.

Designed for newly licensed drivers aged between 18 and 24, Ford’s Driving Skills for Life event aims to improve the skills of young drivers by getting them to encounter different experiences in a much safer environment than the open road.

In the US the event has been going for around a decade but here in the UK it’s now in its fourth year. And while in previous years, the event has taken place outdoors, the poor weather in the UK means that indoors at the ExCel Centre in London’s Docklands provides a much safer environment, albeit one that isn’t great to get to by public transport!

“We’re offering young people the chance to come and take part in an environment where they can come and pick up some safety skills which they can take on to their driving,” explains Lisa Brankin, Marketing Director for Ford of Britain.

“We know that young drivers are twice as likely to have an accident as the rest of the UK population and so we think it’s a very important thing to give them the opportunity to enhance their driving skills.”

According to a 2014 survey from Ford, as well as obviously having less experience, younger drivers are also more likely to be distracted in the car than older drivers with one in four having admitted to using their mobile phones at the wheel to take selfies!

For Eloise Peabody-Rolf, young people are more dependent on their mobile phones than previous generations and that’s part of the problem. “I wake up and the first thing I do is check my phone. I walk and text and check social media all at the same time.”

“Because young people are used to multi-tasking with their phones, they think they can do that behind the wheel,” she adds. “The problem is that driving is multi-tasking in itself – you are looking at the road ahead and processing the next move you are going to make – so you can’t do something else as well as that.” 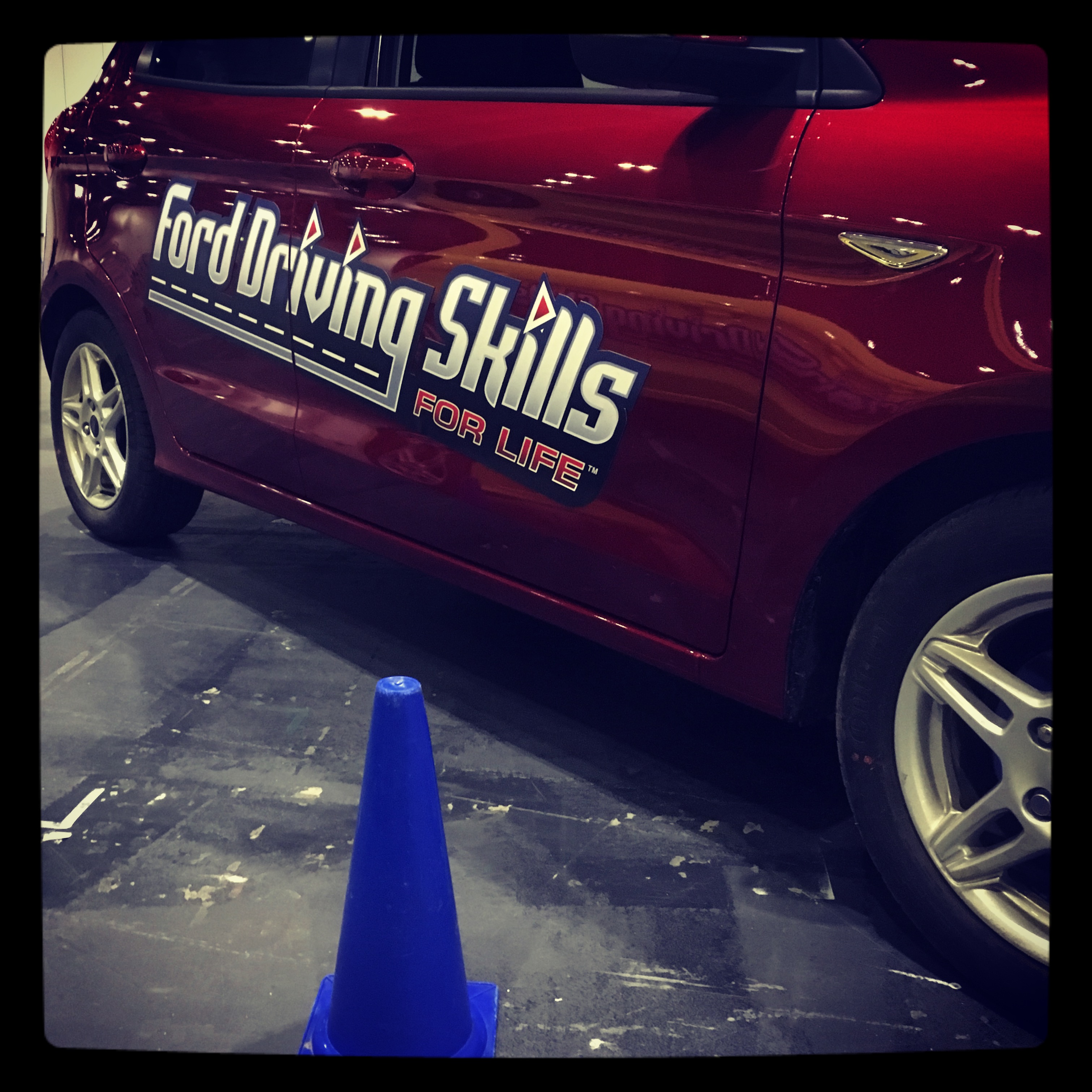 In order to demonstrate just how difficult it is to drive properly at the same time as being distracted, Ford had laid out a tight, winding track where young drivers – and me – had to practise their driving skills while taking part in certain distracting activities!

As well as having to take a selfie , I also had to turn the radio up to to full volume and switch the radio station to AM and tune into Radio Five Live. As you might expect, it’s really not at all easy. Just taking your eyes off the wheel for a couple of seconds makes it much more likely you are going to hit the cones – imagine what damage you might do at 70 miles per hour where you could be travelling a few hundred yards without looking at the road!

Particularly difficult I found was tuning the radio or having music playing at really high volumes while concentrating on navigating the course as it just completely overwhelms the senses. Indeed, I’ve noticed that when I’m driving normally and I’m stressed (for example, if I don’t know where I’m going), I will naturally turn the music down or off completely in order to concentrate.

Nor was this the only activity on offer at the Ford Driving Skills for Life Event. Another fun activity was simulating the effect of drinks and drugs by putting on different pairs of glasses, including a pair of ‘beer goggles’ as well as weights around the neck, elbows, knees and one ankle to simulate the restricted movement and lack of balance you feel when you are drunk.

I then had to walk in a straight line before attempting to kick a football as fast as possible into a net which was actually surprisingly difficult – in fact so difficult I missed the football completely first time round!

But if I thought the drunk simulation test was bad, that was nothing compared to the drugs simulation equipment. For this I had to wear a pair of drug goggles, a pair of noise cancelling headphones playing constant interference and what sounded like the noise of aeroplanes taking off as well as a strange vibrating ball which was strapped to my wrist (I’m really not sure of the reasons why either).

You can see how I got in this YouTube video below. I’ll give you a clue: not well!