Describing itself as a ‘horology atelier’ – that’s watchmaker to you and me – ORSTO has introduced 16 new analogue smart watches following a successful crowdfunding campaign which secured the backing of 88 international venture capitalists.

The new range, called the ORSTO CONTEMPORARY 100 range, is the first of four collections developed by ORSTO with the following three scheduled for release in the coming months.

As hybrid smartwatches, ORSTO has done away with the touch screen altogether, without ditching any of the ‘smart’ capabilities. For example the watches are compatible with both Android 4.3+ and iOS 4S+ operating systems, with features including incoming call and message notifications, pre-set reply mode, daily alerts/reminders, visual sound wave/audio/vibration alarms, remote camera/music control, full activity monitor and more.

When it comes to battery life, ORSTO timepieces blows the competition out the water, claims the manufacturer. While counterparts such as the Samsung Gear2 and Apple Watch remain active for just 24 hours, the CONTEMPORARY 100 range boasts seven months of battery life for smart functions.

While smartwatches have emerged as an extremely popular timekeeping device, the market for traditional timepieces still prevails, according to Orsto. Indeed the latest data from Statistic Brain confirms their staying power, with 1,200,000,000 watches sold in 2014 compared to just 6,800,000 smartwatches.

This makes the traditional watch market 174 times bigger in unit numbers than the smartwatch market. ORSTO reckons it offers contemporary consumers the best of both worlds, blending the aesthetic appeal of traditional wrist watches with the next generation of smart functionality. 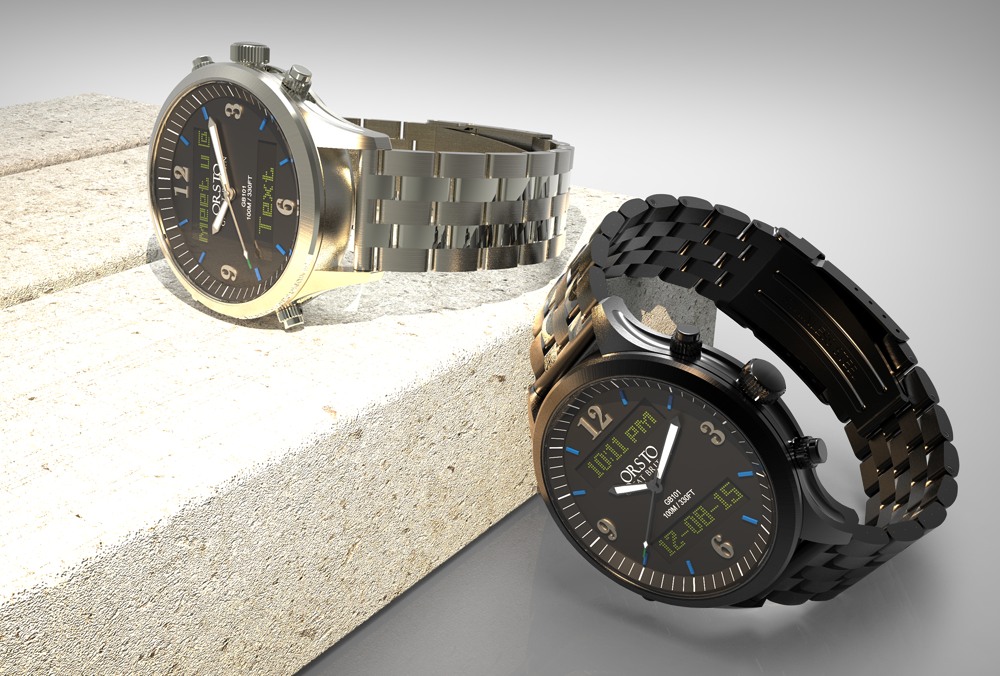