Sense8 is a new Netflix TV show that’s really left critics and viewers divided. From what we can tell so far it’s a real Marmite show – you either love its fantasy ridiculousness and heartfelt performances or you, well, you really don’t. We’re in the LOVE IT camp here at ShinyShiny, so we’ve collected together our 8 reasons why it could be your favourite show of the summer.

1. There are some OMG-worthy fight scenes

A few of the main characters are exceptional fighters and they help other characters out when they’re in trouble. This means there are some mesmerising action scenes and brilliant fights.

2. It was dreamed up by the Wachowskis

Yep, that’s right the Wachowskis of The Matrix, V for Vendetta and Cloud Atlas fame are the driving forces behind Sense8. What does that mean? Well, expect top direction, truly OMG-worthy moments and just the right amount of their unique brand of fantasy/sci-fi hybrid. 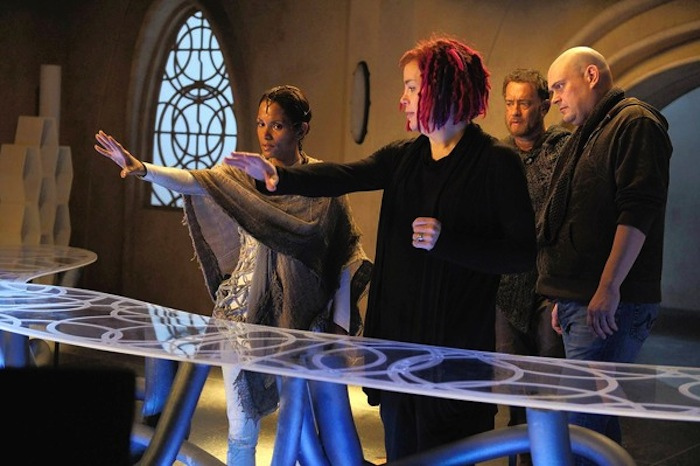 3. It takes you all over the globe

The main characters all come from different countries, which means each and every episode we’re treated to scenes in Iceland, India, America, Germany, the list goes on and on. This is particularly brilliant if you have a short attention span and get bored easily – it’s hard to get bored if you’re watching a character worship at a temple in Mumbai and another trek through the Icelandic mountains within minutes of each other.

4. The show has a transgender lesbian lead character

One of the main characters in the show, Nomi, is played by transgender actress Jamie Clayton who has been really vocal about what her character, and the circumstances she’s in in the show, can do for the trans community.

People reported that Clayton said at a press screening, “Society as a whole has viewed transgendered people as not-normal for so long […] The shift is going towards people understanding, ‘Oh my God, we are all human beings, and there is no normal […] Whether it’s a trend, whether people think it’s cool … if it gets trans people a little bit more attention in a positive way, then I’m all for it.”

5. It delves into some fascinating and serious topics about the mind

Sense8 is about eight main characters who are connected by their minds, they can communicate across the whole globe, sense the same things and even “take over” each others’ bodies in times when they need outside help. It’s clearly all very fantastical and, well, not real. But like many of our favourite weird and wonderful TV shows and movies, Sense8 also has a very powerful sub-text that explores the mind, our reaction to particularly traumatic events and how different parts of our personalities shine through at certain times. This makes for extremely intense and emotional viewing, you’ve been warned! (There’s one particular episode that had us crying our eyes out.) 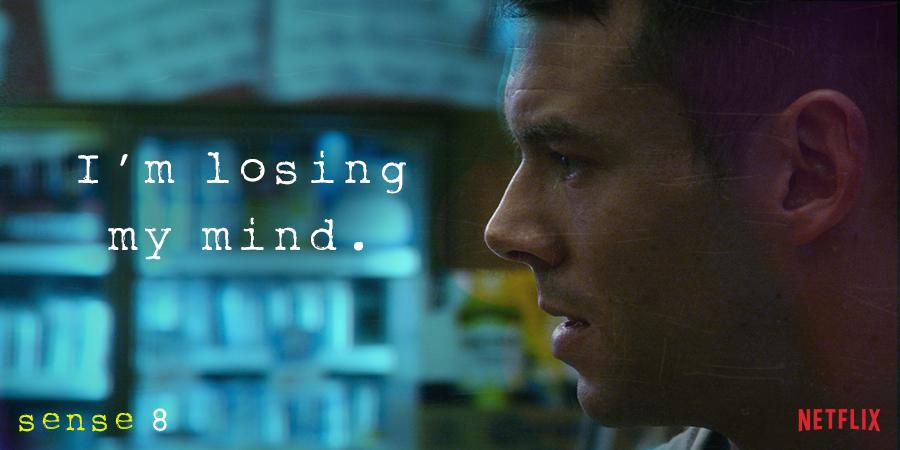 6. But at the same time it’s a little bit ridiculous (in a good way)

There are many scenes that REALLY pulled at our heart strings and at times made for extremely difficult viewing. At the same time there are a lot of scenes that err on the side of ridiculousness. But in a truly entertaining and watchable way. After all, we’re dealing with mind-reading, body-changing stuff here. It’s hard to portray that with a straight face the WHOLE time.

There’s some romance and a little bit of sex and nudity. It’s not as in yer face as Game of Thrones or other top TV shows around at the moment, but there’s just enough to keep a modern audience entertained. There’s one particularly erm, steamy and let’s just say unconventional scene that’s caused a bit of a stir too.

8. The casting is perfect and the acting is spot on

The dynamic between the circle of main characters flows so well. There’s so much chemistry and everything is just a delight to watch. As I mentioned above, some extremely difficult memories and experiences crop up throughout the first season and the way they’re portrayed by the main characters is powerful, mesmerising and at times truly heart-breaking.