How exactly can you banish someone from your Facebook realm, and what exactly happens when you do?

Right, let’s say you want to block this guy Total Noob, because you had one mediocre date in 2011 but he still comments on every photo you ever, as well as sending weekly messages that just say ‘how’s u?’ with a winky emoji. Let’s say that.

To block Total Noob: first, go to the little padlock menu icon in the top right hand corner. A dropdown of privacy shortcuts will appear. On the iPhone and Android apps, this little padlock can be found in More > Settings instead.

Next, click on ‘How do I stop someone from bothering me?’ at the bottom of the list. A box will appear. 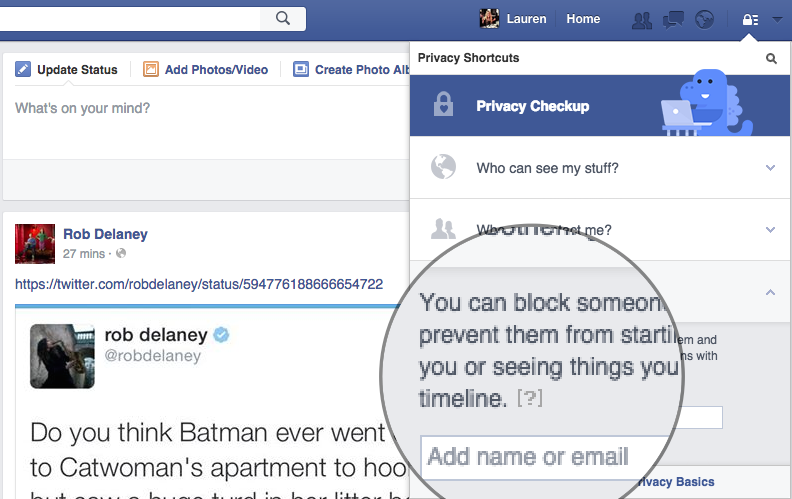 Next, PUT THEM IN THE BOX. Not literally, as that might be a bigger logistical challenge than just blocking them on Facebook. 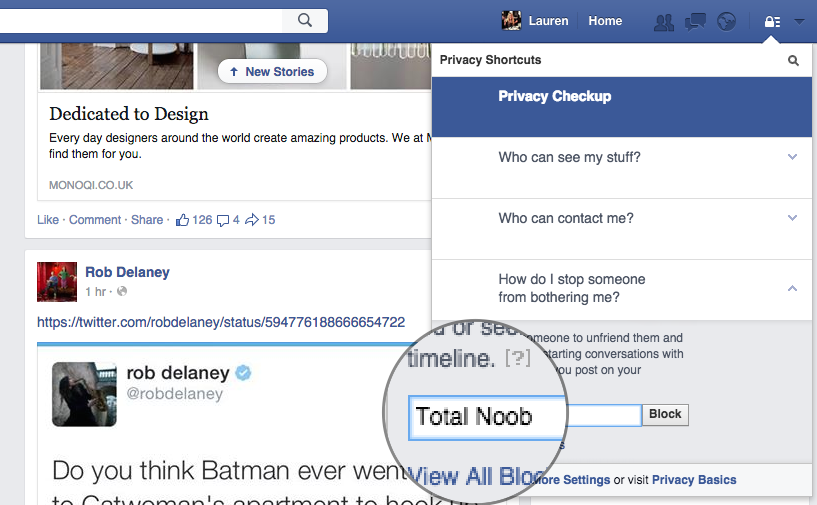 Click ‘block’ and a list of potential users will appear. Hopefully Total Noob will be at the top, along with a few other Total Noobs, Totes Noobs and Total McNoobisons from elsewhere. 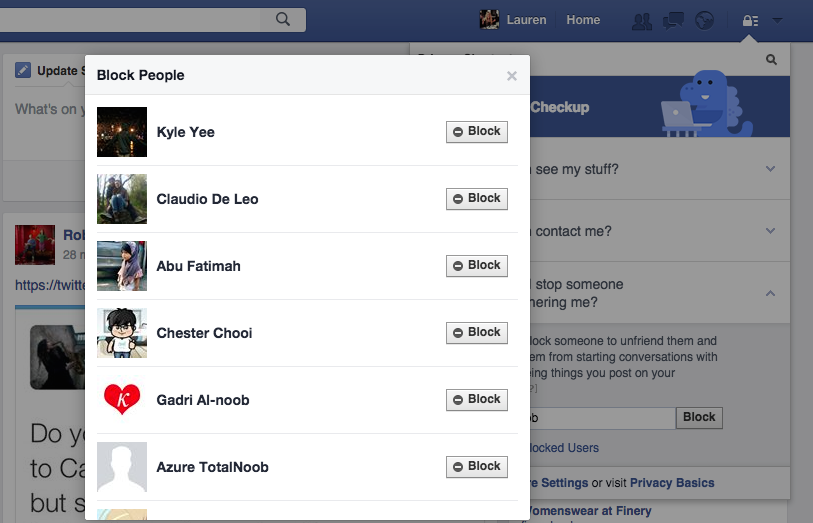 Click ‘Block’ next to his name, and lo, Total Noob is blocked.

Alternatively, if you’re not friends, their name is common and they DON’T appear… 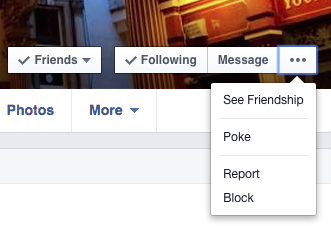 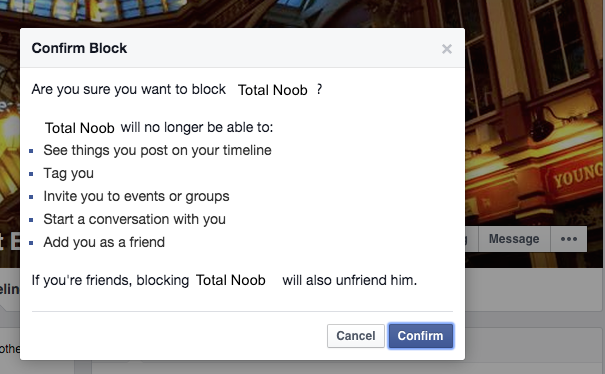 What does this actually mean?

They’re automatically unfriended. If you decide to unblock them later, you’ll need to re-add them as a friend too. If you want to.

They won’t be notified that you’ve blocked them. But they might work it out for themselves when they try to take a look at your profile or send you a message and discover they can’t.