Since today is launch day for the Samsung Galaxy S6 and S6 Edge, Samsung have announced a giveaway on Twitter: 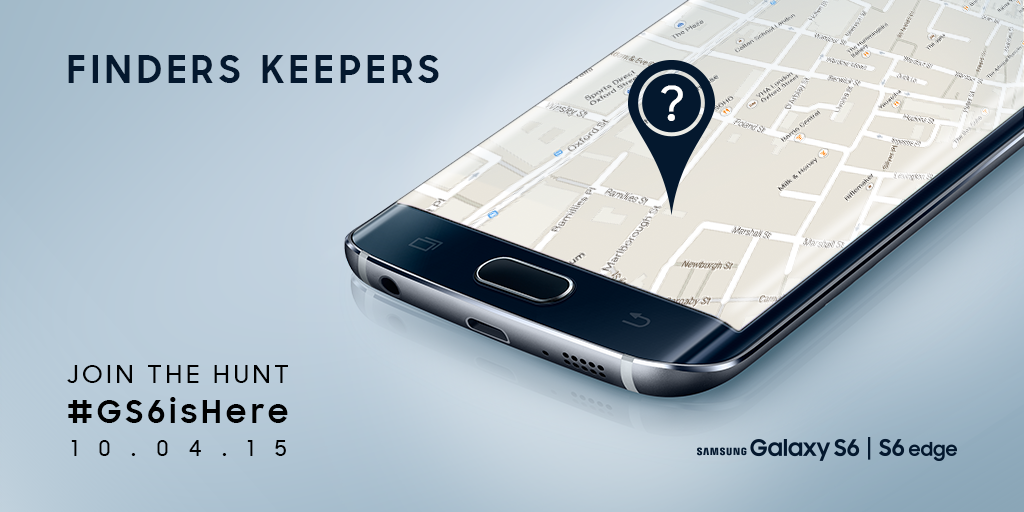 They’ll be hiding golden envelopes in 8 UK cities, each containing a voucher for a free Galaxy S6. It’s not clear whether it’s the standard S6 or the S6 Edge, but the photo shows an Edge, so we’re hoping you can choose.

The treasure hunt starts at 10am today in Glasgow, and finishes at 6pm in London. That’s one every hour with an hour’s break (community managers have to eat too).

Clue 1, in Glasgow, will be a livestream from the place the envelope is hidden – presumably on YouTube, since neither Periscope nor Meerkat are available on Android yet. It would be absolutely hilarious if they livestreamed their giveaway from an iOS device, but hopefully they’re too savvy for that.

After the livestream, there’ll be four more clues on Twitter to help you find the phone. The first to find the envelope gets it, so keep a beady eye on the #GS6isHere hashtag. If you can’t make it to any of the cities, though, you still have a chance to win: just tweet your guess with the hashtag and if you’re right, you’ll go into a prize draw for an S6 of your own.

On your marks, get set, Galaxy.