There are a whole load of daft brand promotions going on to ‘celebrate’ the new royal baby, but this one made us the queasiest. British ice-cream brand The Licktators (previously known as The Icecreamists) have resurrected their infamous breast milk ice cream in honour of the impending arrival of our pint-sized prince or princess. 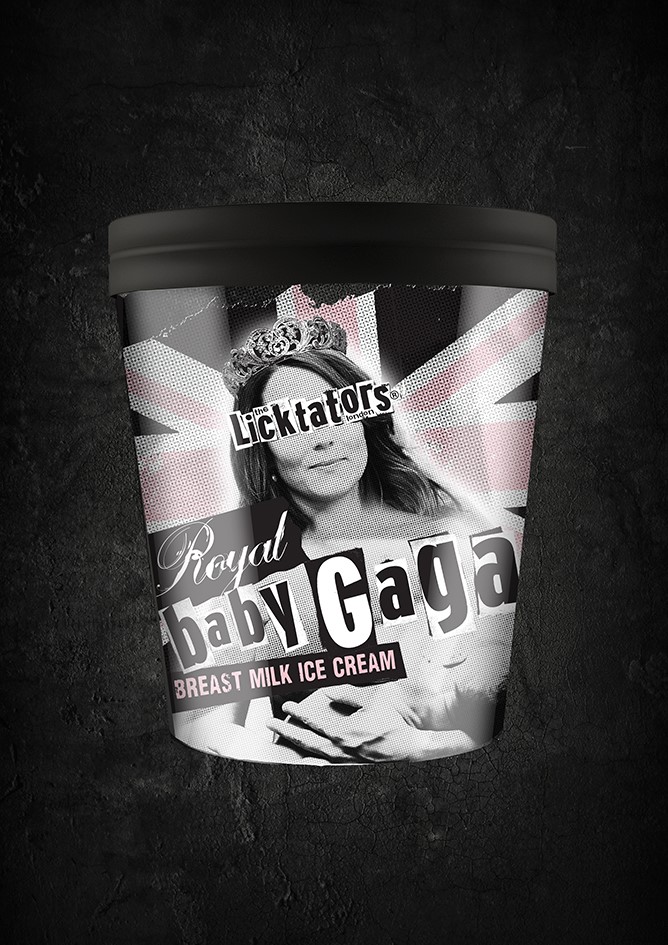 Last time the company sold their Baby Gaga formula, they were threatened by Lady Gaga and had the product confiscated by Westminster City Council. Undeterred, they’ve now brought it back, because “We thought the birth of a Royal baby was a great time to whip up support for mums and say that when it comes to ice cream this summer, breast is best.”

The milk for the ice cream is expressed by mother and breastfeeding advocate Victoria Hiley from Leeds. The Licktators say she wants to “remind the Duchess of Cambridge, and mothers around the country, of the benefits of breastfeeding.” All profits from the flavour are being donated to a breastfeeding charity.

The milk is apparently perfectly safe, having been “screened in line with hospital standards” before being blended with Madagascan Vanilla. Even so, the idea of drinking human bodily fluids makes us a bit ill, however hypocritical that might be – we’ll happily drink cow juice intended for calves, but actual human baby milk is gross? We make no sense.

If you’ve got stronger stomachs than us, pink and blue 500ml tubs of Royal Baby Gaga will cost £19.99 from ‘selected stores in London this summer’ and at The Licktators’ website from this weekend.

There’s also a recipe so you can make your own, assuming you have the requisite… um… ingredients. 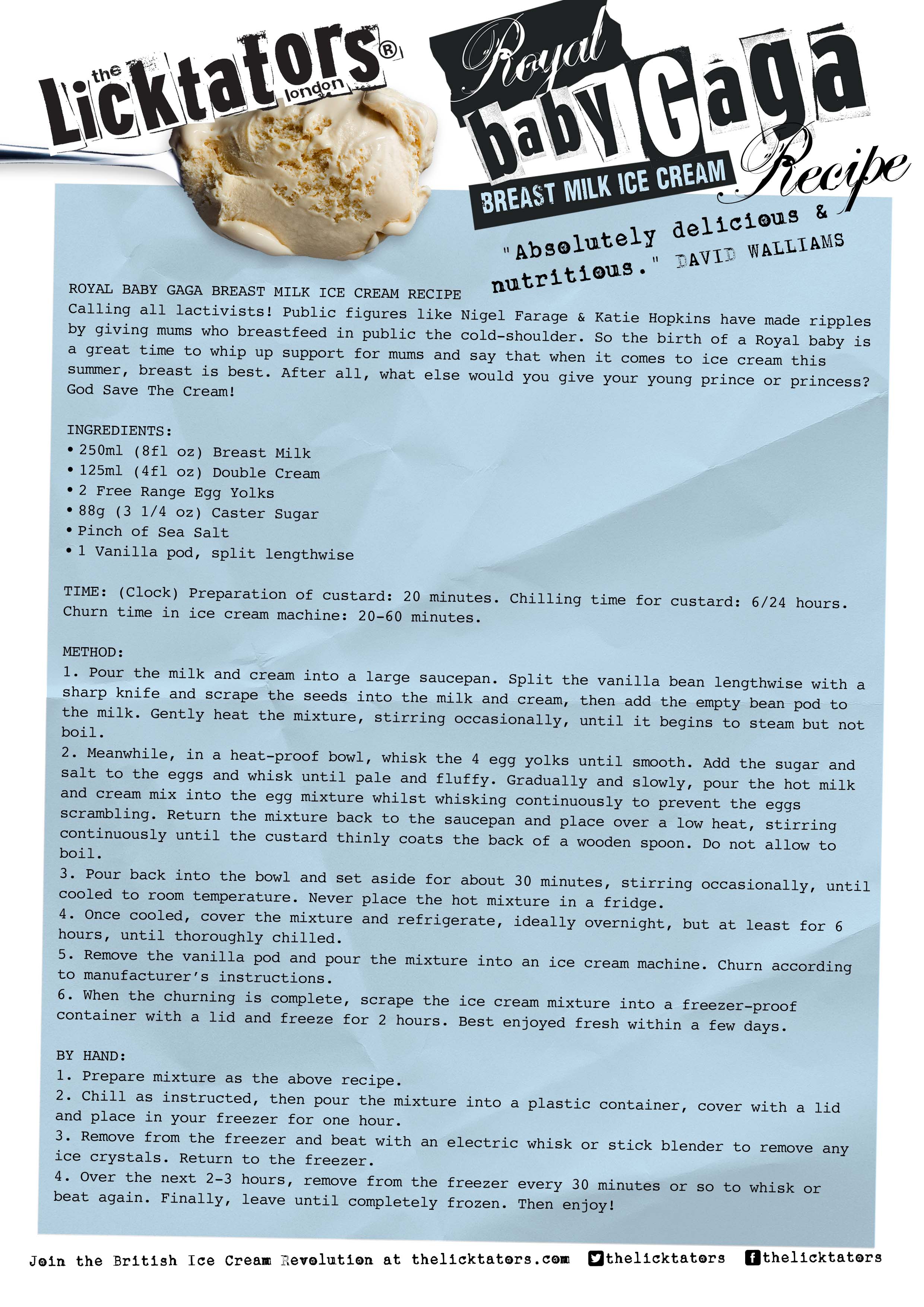 All images via The Licktators.