This is my desk plant, Ivy: 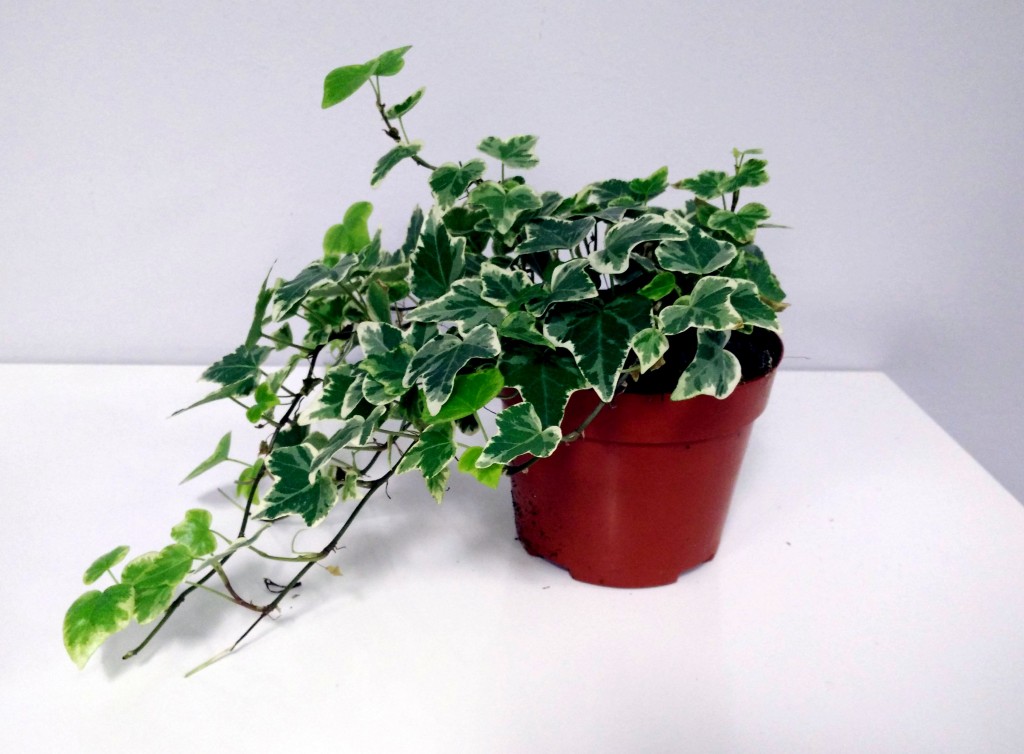 She sits on my desk at Shiny Towers, and occasionally I remember to douse her with a bit of drinking water, some leftover tea, or even Diet Coke. Despite this flagrant mistreatment, she actually seems to be doing quite well.

But recently I went away for a week (to Barcelona for Mobile World Congress) and poor old Ivy was put in the hands of my colleague. “How will I know when it’s thirsty?” he asked. I tried to teach Ivy sign language, but it was fruitless. Thankfully, she survived a week in the hands of my workmate, but I don’t want to risk it again. So I got one of Technology Will Save Us‘s Thirsty Plant Kits, and built a sensor to flash an LED when my plant needs water. 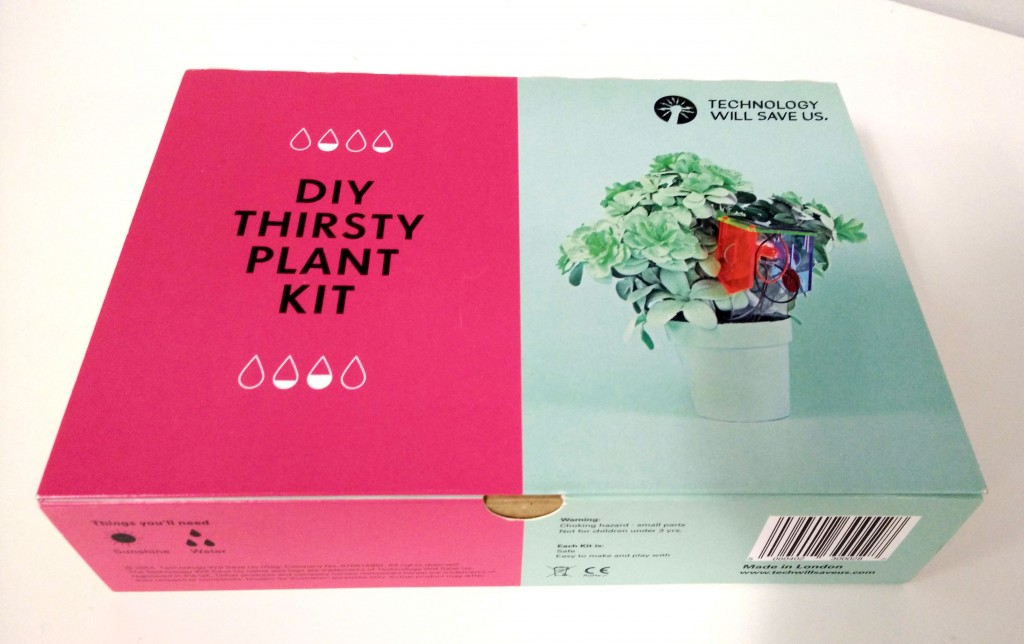 Technology Will Save Us is a startup designed to help us all understand the tech around us, how it works and what it does. Their kits and lessons are aimed at educators, families and young people (kids, really), and include electronic play dough, DIY speaker kits and gaming sets with Arduino. They also run hands-on sessions to teach people to code games, use the kits and so on.

While TWSU’s products are ideal for kids who want to learn about tech, they’re also a pretty good introduction for adults who need an ‘Explain like I’m 5’ approach to making their own gadgets. In addition to fully-stocked sets like the Thirsty Plant Kit I’m using, they also sell all the tools you need to make your own gizmos (like wire strippers, soldering sets and Arduino boards).

The DIY Thirsty Plant Kit costs £20 and is one of the more basic products Technology Will Save Us offer. There’s no soldering, you just twist the wires together. The messiest bit is the plaster of Paris, which I was pretty delighted to get my hands on for the first time since school.

On the website, there’s a manual which explains step-by-step what to do to build your sensor, including an explanation of what all the pieces are and what they do (resistors I’m familiar with, but what’s a mosfet?!). There’s also a link to a video that shows how to build the kit. I thought this would be easiest, so I loaded it up, but actually found it skipped quite a lot of important bits (at one point it cuts mid-sentence) and didn’t explain much, so I went back to the very detailed manual.

The time guide says the Thirsty Plant Kit should take about an hour to complete. I found it took a bit less than that, but I imagine it’s slower with a little one (unfortunately I didn’t have a child to hand). There were a few teething problems: my plaster of Paris was considerably thicker than it was supposed to be, some of the components were a bit different to the pictures (two of my wires were fused together which took quite a while to undo, all the wires had sheaths on the end which aren’t mentioned and would be very confusing to a child) and twisting things together on a tiny, busy circuit board is very fiddly for adult-sized hands. But there were no major problems (TWSU include spares of most components in case of disaster), and I actually got a pretty strong sense of pride when my messy attempt at a plaster sensor: 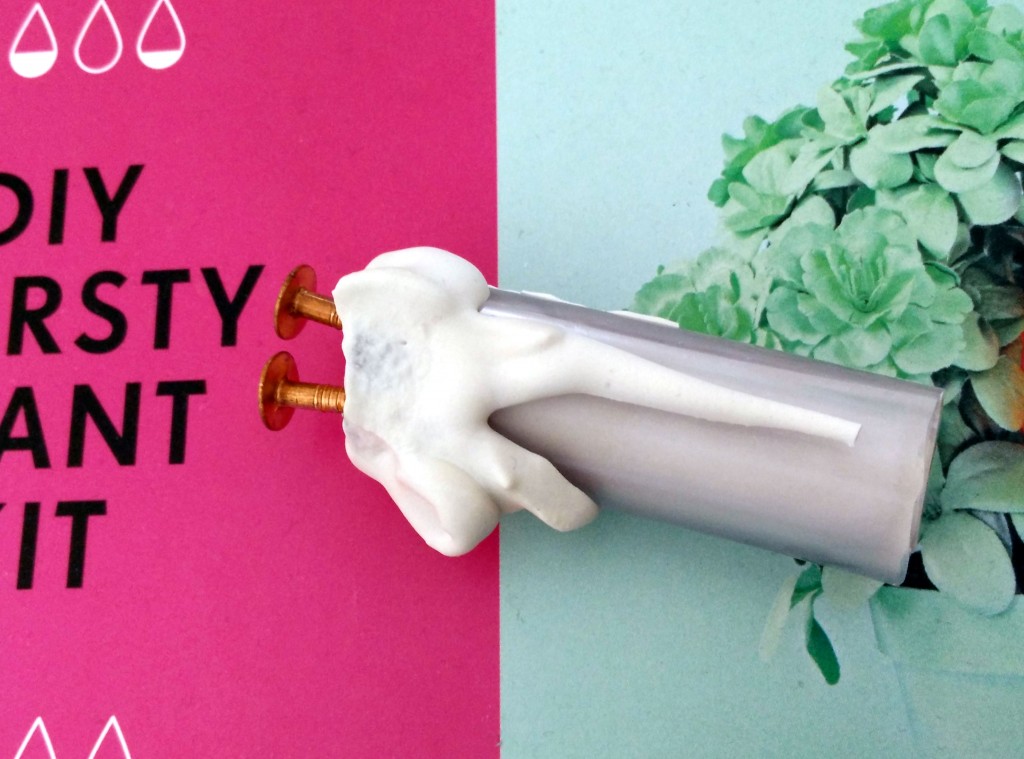 Came out of its pre-cut tube looking sharp: 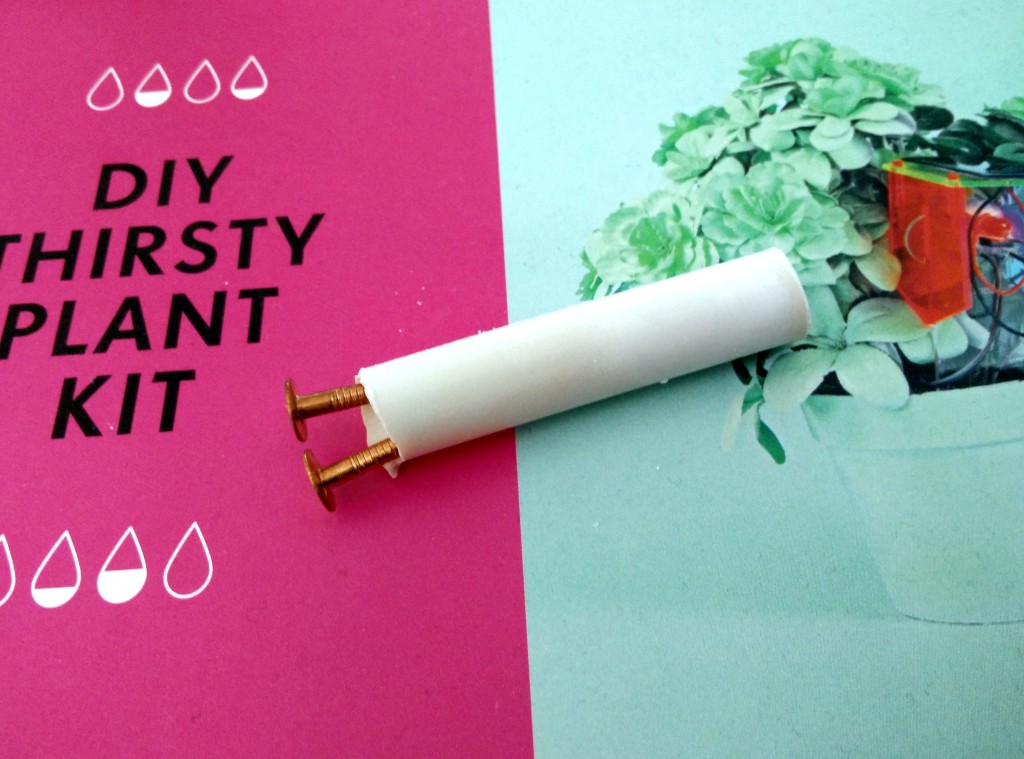 As with Ikea wardrobes, the kit seems to be going nowhere for quite a while and then suddenly it’s done. I was pretty pleased with how it turned out, and on holding the solar panel up to the light before finishing off the circuit, I couldn’t help smiling when the little LED started flashing. I made a circuit! It works! I am at least as competent as a ten-year-old. 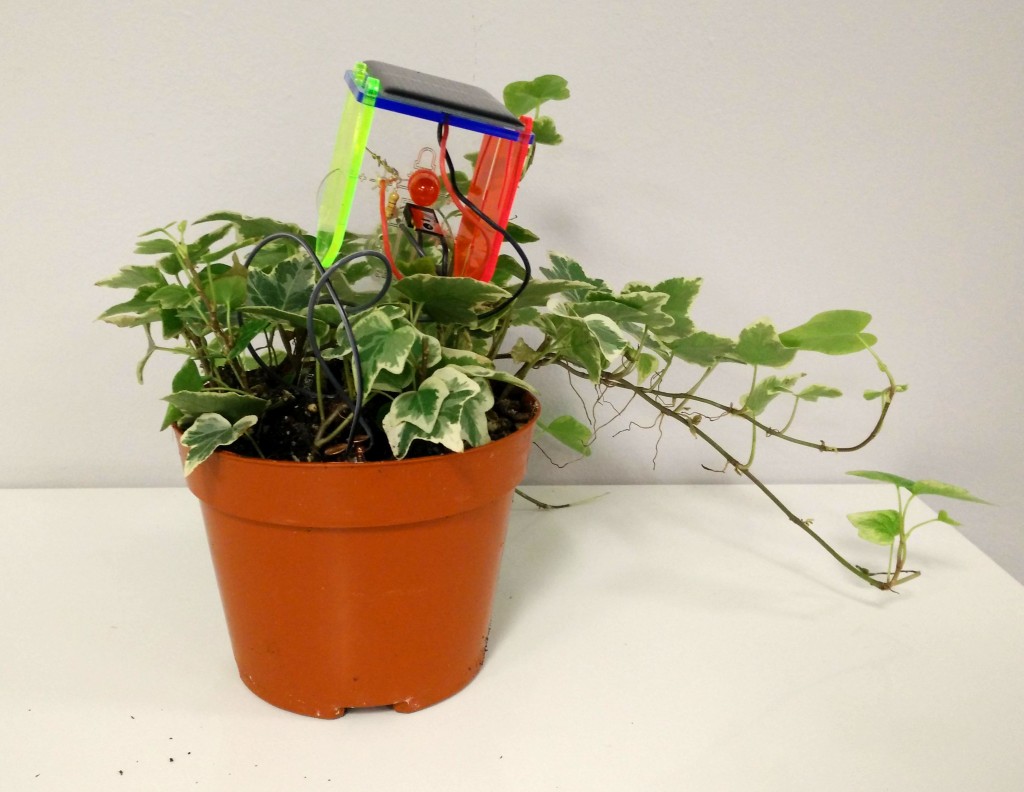 I put the finished kit in Ivy’s pot (it takes up quite a lot of space) and the light has yet to blink – clearly I am an excellent plant parent. Until I go away again.

For £20, the DIY Thirsty Plant Kit is a fun and useful way to teach someone about sensors, and will keep your desk plant happy too. And if you don’t have a desk plant, get one – they make you more productive.

I don’t know whether Technology Will Save Us, but it certainly saved Ivy.