It’s February, which means couples (and to a lesser extent, pancakes) are all up in our faces. Every year, we hear a chorus of disapproval from people who think Valentine’s Day is a marketing ploy, a cynical invention designed to part us from our money. And yet still every year the bouquets get sent and the cards get written.

So is Valentine’s Day a bad thing for society, or is it just that bitter and stingy people don’t want to put the effort in? ShinyShiny’s resident singletons Holly and Tom take opposing sides in our Valentine’s Day debate. 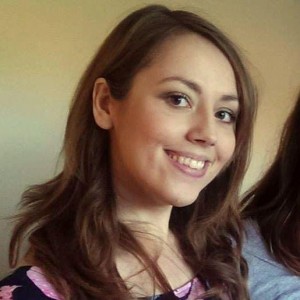 When I say I’m pro-Valentine’s, people often assume I’m in a relationship. But I’ve actually been single for a couple of years, which means no one can dismiss my arguments because I’ve got someone to buy me roses – I haven’t. (And honestly, coupley opinions are just as valid in my book).

Whether or not I’m personally getting any action on V-Day, I strongly feel that it’s a great thing for humanity, and one we sorely need. The fact is, we’re all busy, with a lot of stresses and worries and developments and preoccupations taking up our headspace, all of which gets in the way of showing how much we care. We don’t want it to, and ideally we wouldn’t let it, but we’re human. We’ve got a long list of things to deal with and the nice-to-have stuff inevitably gets pushed down. You get a letter on the doormat (or an email, more likely) to remind you to pay your gas bill, but who’s reminding you to do something sweet for your other half? Valentine’s Day, that’s who.

Anti-VDers usually fall into two camps, in my experience: either they think it’s a ‘Hallmark holiday’ (oh, how I loathe that term) or they claim they don’t need a reminder to be nice to the person they love. “I prefer little gestures throughout the year.” Yeah, we all do, mate. They’re really nice in theory, but fail to actually materialise a lot of the time, especially years into a relationship, after marriage and kids. Want proof? Ask the partner of any of the “little gestures” crowd. They’ll tell you they got one or two in the early days, but they’ve been MIA ever since. It’s understandable, but it’s also exactly why we need Valentine’s Day: to prompt us.

It’s a sad state of affairs when the notion of doing something romantic to make your partner’s day is considered a hassle that you’d rather do without. Yes, you can argue that you “shouldn’t have to buy something” and that it’s “all a marketing ploy” but you don’t actually have to buy something, do you? You just have to do something. That could be taking him back to the place you met, or making her a photo wall so she doesn’t miss you as much when you’re away. If you are going to spend money, it doesn’t have to be a set-menu meal or generic bunch of flowers: try buying the handbag she tweeted that she loved a month ago. Or taking him to see the play of his favourite novel. My ex and I used to do an indoor picnic every year, which became a treasured tradition. Shiny writer Lauren’s boyfriend made her a book of all the newspaper columns she’d written. A gesture doesn’t have to cost much to mean everything.

And what about the single folks? Should we all sit at home, bitter and resentful, wondering why we’re on the shelf?

Well, you can. I’ll be skydiving for charity in memory of someone I loved,  followed by babysitting for my sister’s twins so she and her husband can go to the pub. Valentine’s Day isn’t about lining corporations’ pockets through obligation, it’s about showing some love to the people you care for, whether you’re dating them or not.

If you genuinely can’t see the good in that, I feel sorry for you. 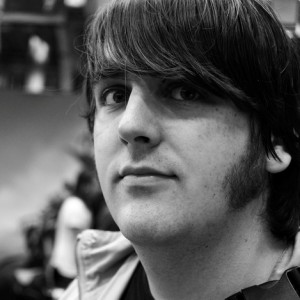 Valentine’s Day is that one day of the year where people are supposed to spend time together as a couple, so they can be romantic and spend money showering each other with gifts all in the name of love. Yeah, I’m not buying that. Valentine’s Day is a stupid sham of a day, or at least I think so anyway.

Just to be clear, I’m not one of those people who goes around raving about how Valentines Day was made up just to make people buy cards and chocolate. The commercialisation is a part of it, but it’s no more commercial than any other holiday, especially Christmas. The primary reason is that I plain dislike the principle of the day. Now I’m sure many of you are going to start accusing me of being bitter, because I’m single. You are partly right, but as anyone who’s ever met me will confirm, I’m bitter and grumpy about almost everything so that isn’t exactly breaking news.

Let’s think about what Valentine’ Day really is at its core. It’s a day where people in relationships are expected to take part in grand gestures of love to show each other what their relationship means. I have no problem with that as a concept, but why set aside a day where everyone has to do something? There are plenty of more appropriate times for romantic displays: birthdays, anniversaries, or maybe just because it’s Saturday. All that having one set day that everyone has to take part in achieves is mounting up the pressure for those involved, and deliberately excluding the people who aren’t.

That’s right, feel for the single people would you? All the hoopla about couples and Valentine’ Day can be incredibly depressing for someone who is unhappily single, and this idea that you have to have a date for Valentine’s Day can make it even more nerve-wracking, stressful, and possibly even disastrous. Who can forget the episode of Friends where Monica, Rachel, and Phoebe lament the fact that they’re single on Valentine’s Day, before deciding they don’t need it and end up accidentally setting fire to Monica’s living room?

Pop culture has also ingrained the idea that Valentines Day is not a day for both parties, it is (for heterosexual couples at least) a day for the man to put on some elaborate show to show his significant other what she means to him. Effectively it’s the idea that Valentine’s Day is a day for women, which has led to the the male equivalent: the rather tasteless and crass ‘Steak and Blowjob Day’ on March 14th. Ultimately these ideas are sexist for both sides. It implies that some sort of declaration of romance and love is a womanly thing to want, as well as reinforcing the outdated idea that men are only interested in women who are willing to cook and provide sexual favours. Honestly I’d rather not be associated with people who think like that.

I feel like the marketing may be a little bit out of hand as well. It’s to be expected that supermarkets will have their seasonal aisles filed with chocolate, cards, and gifts, but in other cases maybe it’s getting a bit silly. For example, over the past week I’ve been seeing this pop up every time I accidentally open my laptop’s anti-virus software.

Nothing quite says “I love you” like telling your SO that their computer now has superior protection from all sorts of digital nasties. Romance!

Back to the point though, I am not opposed to the concept of a day where couples can express how they feel and what they mean to each other. I personally feel that it has to happen from time to time for any relationship to work. But relationships are immensely personal things, then any day celebrating them should be down to the individual couple to organise as they please. That means choosing the day and doing whatever they want, not booking a table six months in advance, ordering from an overpriced set menu, and exchanging a selection of pink and red gifts.

Don’t feel you have to take part in a holiday just because it’s something people expect. You do something that’s right for you, and you sure as hell shouldn’t let anyone else exploit that to turn a profit. To some, being slumped on the sofa watching Netflix is just as good as a three course meal at a fancy restaurant.

What do you think? Is Valentine’s Day a marketing invention or a genuinely good thing? Let us know on Twitter or in the comments.