Samsung has a lot riding on the upcoming Galaxy S6, and it really needs to release something great to fight back against the immense popularity of the iPhone 6 and 6 Plus. If this leaked image is to be believed, one way its going to do that it by making sure there is plenty of variety for consumers.

The image (below) was obtained by CNET Korea, supposedly from sources within Samsung, and appears to show off five different versions of the Galaxy S6. That includes a regular version of the phone and the long-rumoured Edge variant, both of which are mentioned by name. 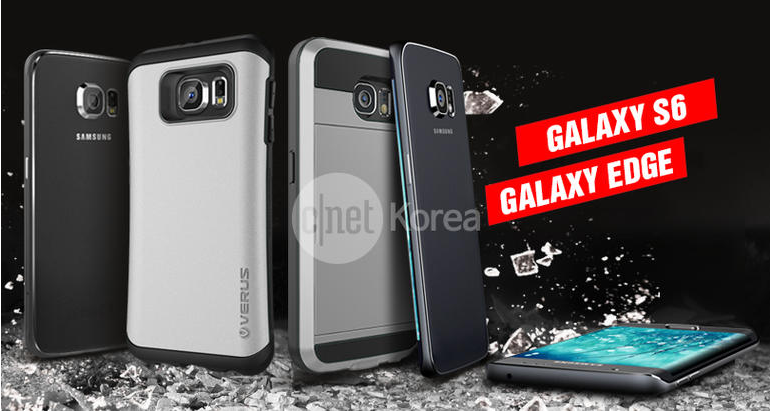 On the far left we, of course, have the regular version of the Galaxy S6, followed by what appears to be the phone inside a case branded by Verus, one of the biggest smartphone case makers in South Korea. From the looks of the indented camera, it’s probably safe to assume that the third phone is the S6 in another kind of case.

The Galaxy Edge is interesting, because CNET has pointed out that you can see an Edge display on the left hand side of the fourth phone, and the right hand side of the fifth. This could mean one of two things: either Samsung has shown off a dual Edged version of the phone twice, or there will be two versions of the Galaxy Edge — one with the extra display on the left side of the phone, and one on the right.

CNET also point out that the metal bezel on the fifth phone looks remarkably similar to the image on the invite to Samsung’s Galaxy Unpacked event in March.

Personally, I’m intrigued by the two cases. It’s not often that smartphone makers will market third party cases, so they must do something more than just protect the phone. They look quite bulky as well, so it’s possible that they’re offering some sort of bonus feature to the phone and the bulk is housing the electronics.

It’s still an unverified rumour for now, but we should get proper confirmation from Samsung itself at the Galaxy Unpacked event at the start of next month.