Last month, the BBC joined Yo. If you’re not familiar with Yo, it was pretty big news in summer 2014, when the internet was ablaze with equal numbers of people who thought it was either simplistic genius or dumbed-down idiocy. Like Facebook’s Poke button in app form, Yo simply allowed you to send the word Yo (out loud) to someone else’s phone. That was it. 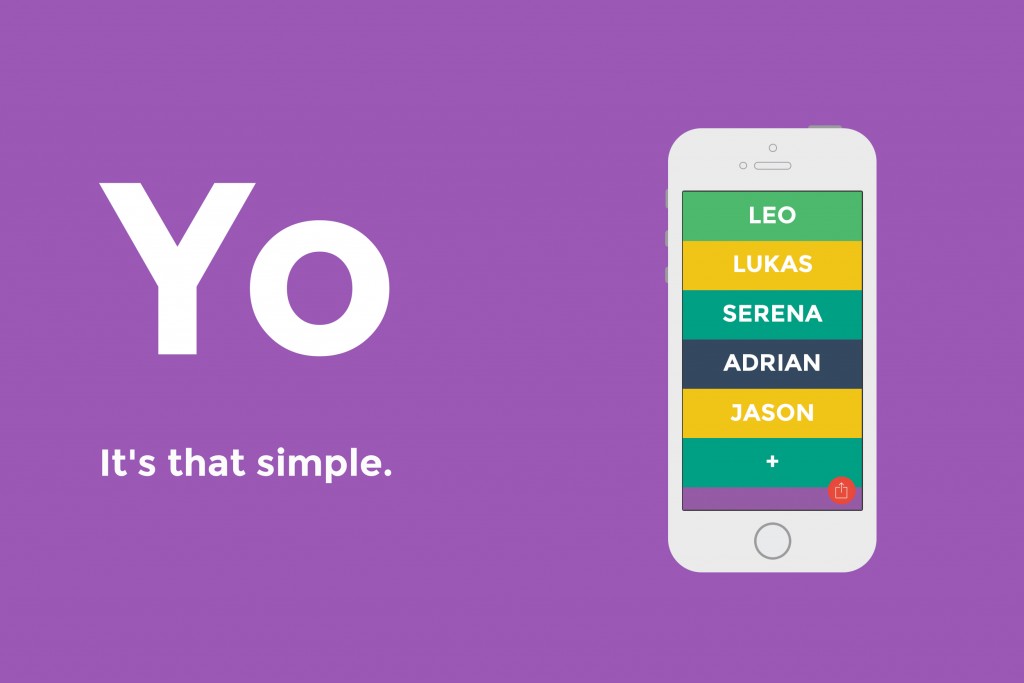 It was huge for a few weeks, with London’s tech scene embracing the ability to Yo-spam each other all day with abandon. My then-boss forced me to mute my phone because of the volume of joyful Yos coming in. And then, like any other single-serving fad, Yo disappeared as quickly as it started. People took it out of their Twitter bios, stopped talking about it, and the number of “YO!” noises emanating from my phone at all hours of the day and night shrank to nothing. In September, Business Insider reported a catastrophic plummet in Yo’s App Store position: 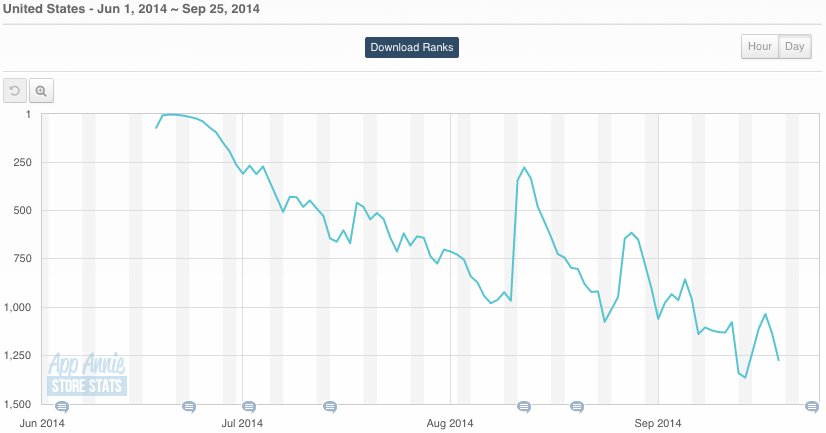 And when I got a new phone at the end of last year, after initially being a huge advocate, I didn’t even install Yo.

So when I saw that the BBC had joined up to last year’s equivalent of Ello (another insta-popular then insta-dead social network), I couldn’t help sending a snarky tweet accusing them of being late to the party. But as I found out when I chatted to Yo at CES 2015, I was wrong. The party’s back on.

The bounceback of Yo

While my then-colleagues laughed at me for Yo-ing, I protested that the simplicity of the platform was actually its strength. Didn’t they see, I asked, that you could now subscribe to World Cup Yos and get a Yo every time a goal was scored? Didn’t they hear that people in Israel were using Yo to get missile strike warnings? Didn’t they see the potential? (They didn’t). But it was there, and now it’s come into its own.

In something of a departure from their original super-simple idea, Yo have incorporated a raft of new features that have led to the resurgence of the app. Rather than being (just) a way to aurally harass your mates, Yo now allows you to add a link to your Yo, which means it’s suddenly a very simple way to get curated content from big brands like… the BBC, who send their most popular content out by Yo. It’s RSS for the app generation.

Brands and sites using Yo can offer different kinds of content via Channels, to inform you of different things. The NBA launched their Yo account in November with 7 Channels: 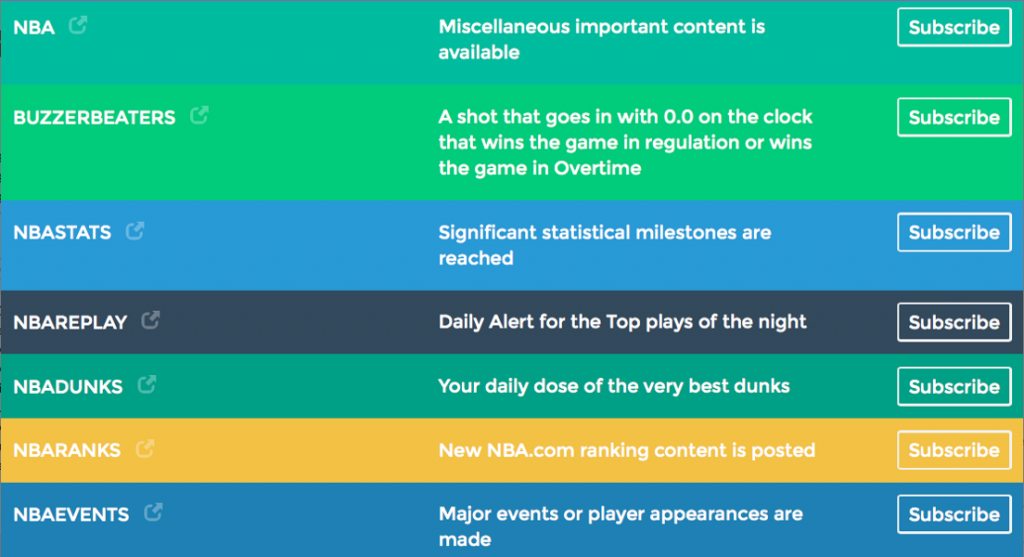 (Image via Yo on Medium)

If you subscribe to NBADUNKS, for instance, you get a Yo every time an NBA player makes an amazing dunk, with a link to a video. Buzzfeed, FunnyOrDie, the Huffington Post, LonelyPlanet, Sony and even a Kardashian news service are on Yo, and yes, they’ve introduced the ubiquitous Verified tick so you know your Yo is coming from a legitimate source. If you’re bored, you can Yo a whole list of tech-related channels to get an article sent back to you. There’s even a Yo Index to help you search for and explore content on Yo.

Say “Yo” to the future

The potential applications of Yo are endless. You can send a Yo with your location if you’re on your way to meet someone, subscribe to your favourite celeb’s Instagram so you get a Yo when they upload a new photo, get a Yo when your package is delivered, send Ho Ho Hos at Christmas, even meet your life partner.

If you ask us, Yo is the future. It’s that simple.

The Yo app is available for iOS, Chrome, Android and Windows Phone.