Coming straight from the ever-helpful folks over at 9to5Mac, new screenshots show the app to effectively function as one large settings menu for controlling different aspects of the Apple Watch. That means a lot of toggles to tell the watch what you actually want it to do. 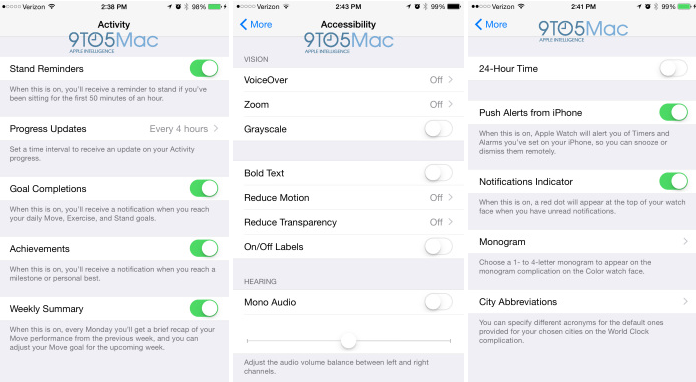 The big feature of note is that customisation of the Apple Watch’s homescreen will actually be done within the app, rather than on the device itself. This means deciding which apps you see, and where they’re situated, is all done from your phone using a virtual display of sorts. So it seems similar to the way users can rearrange the homescreen on their iOS devices using iTunes. 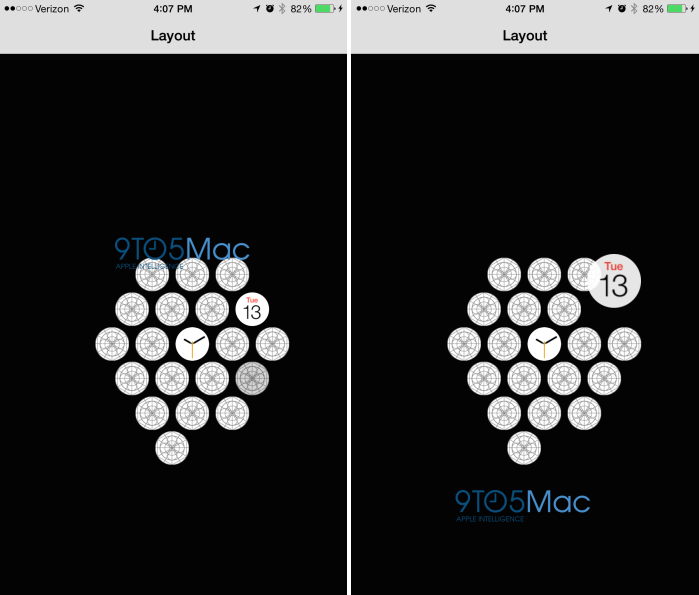 It’s also been revealed that to compensate for the lack of a keyboard, the Apple Watch will let users send messages using their voice. There are two ways of doing this, and they both follow the example set by Android Wear: using voice-to-text dictation, or sending voice messages.

Screenshots also reiterate how Apple Pay will work on the device. As we heard last year, the Apple Watch has a system for detecting when it’s actually being worn, and to use Apple Pay you have to enter a PIN number to authorise your transactions. From that point, the payment option will remain unlocked until you take the watch off your wrist. It seems the watch can also be unlocked from your phone, but it will need to be on your wrist at the time.

Apple will also be adding a monogram watchface, which can be customised with 1-4 different characters, and the option to enable a red dot above the clock which will be visible if you have any pending notifications.

It’s by no means an in depth look into what the final Apple Watch will be like, but it does help us to understand how it will work day-to-day. The Apple Watch is currently rumoured to be released sometime in March and as always, we’ll keep you updated on any new developments.