On the first official day of CES 2015, our editor Holly filmed a hands-on with Huawei’s latest huge handset, the Ascend Mate 7.

Although it’s not a new phone for CES, it’s a great one to check out in the flesh. The phablet-sized aluminium handset is 6 inches with a full HD screen paired with a tiny bezel, which means you get a LOT of screen for your money. It’s also worth noting that it’s only 7.9mm thick, so even though it’s big, it’s easy to hold. The phone’s display boasts a 1,920 X 1080 pixel resolution, which isn’t as great as Samsung’s latest offering, but will do for most people.

There’s a fingerprint sensor on the rear, which awakens and unlocks your phone with a single tap, as well as a 13 MP camera and 32 GB of in-built storage to keep your photos safe.

Check out the video above for a hands-on from CES, in which Holly also shows off some of the handset’s editing features, including nose thinning and ramping your teeth whiteness up to radioactive levels!

The Huawei Ascend Mate 7 hasn’t been officially released in the UK yet. But we’ve contacted Huawei directly to bring you UK availability and price information as soon as we can get hold of it! 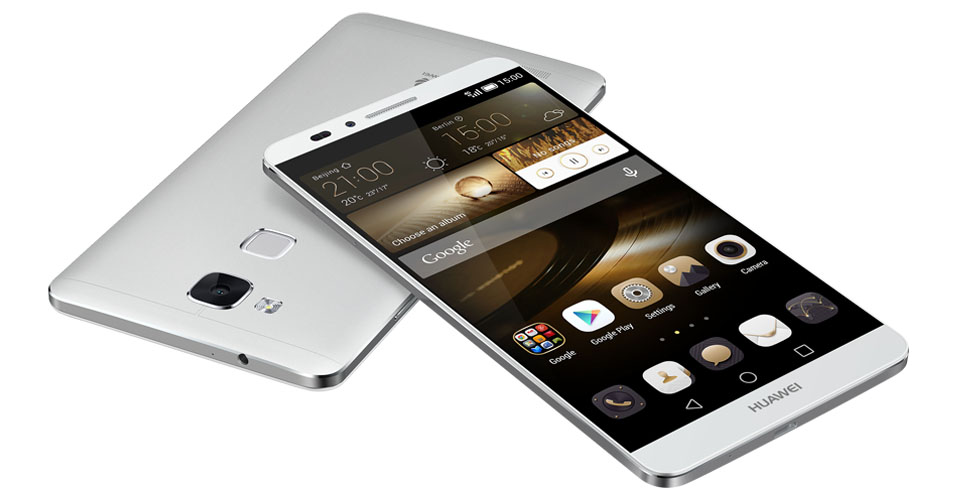