Smartphones might be getting bigger, but smart medicine is only getting smaller and more sophisticated. From microchips that can diagnose diseases or control our fertility to scientific breakthroughs too tiny to see without a microscope, there’s an increasing number of impressive miniature medical miracles in development that have the potential to revolutionise healthcare in the next few years. Here are ten of our favourites… 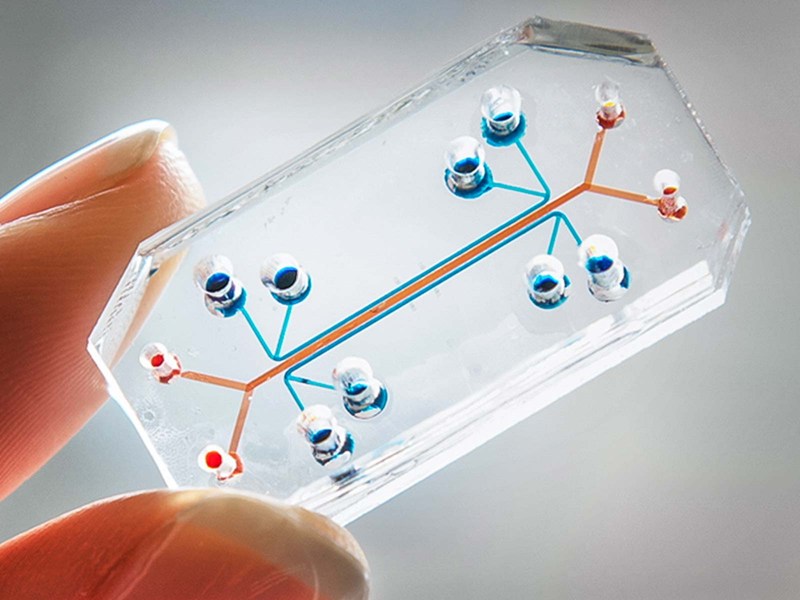 Organs on a chip

Researcher and TED talk-er Geraldine Hamilton uses cells to build basic, working body parts on microchips, each of which functions in the same way as the organs in our bodies. (That’s a lung, above.) This allows her to study the effect of different medications, in order to accurately predict how they might affect someone, so it becomes easier and quicker to bring new treatments to market (or abandon research projects that will never work). It could make individually-tailored treatments a reality in future, too. 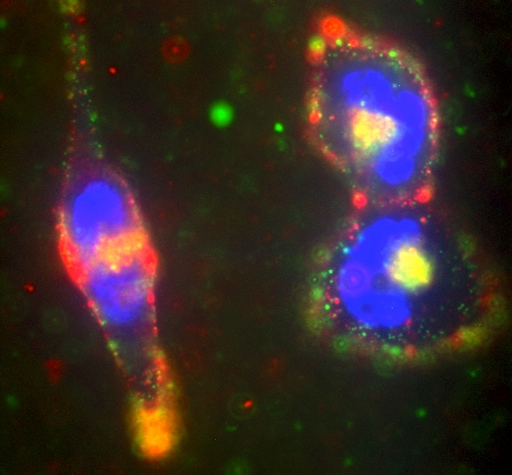 Scientists at UC Santa Barbara have developed a tiny silver sphere coated in a peptide that’s designed to target cancer cells at the site of a tumour. It has the advantage over existing cancer treatments in being non-toxic as any nanoparticles that don’t reach their target are broken down in the body. Changing the coating could allow it to tackle different illnesses, and because silver is antibacterial, it could even be used to treat infections, perhaps in place of antibiotics. 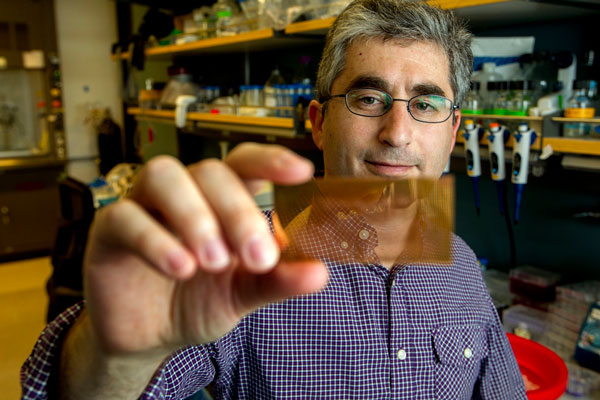 Add a tiny speck of blood to this microchip and it’ll tell you whether or not you have type 1 diabetes in under two hours. When it detects auto-antibodies that attack a person’s insulin-producing cells, a key marker of the disease, it glows fluorescent, and it’s even coated in little gold particles to make the reaction easier to see. Previous tests to identify these biomarkers were expensive and involved lab staff handling radioactive material, whereas this costs just £12 to make and is non-toxic. The Stanford University team behind it are now waiting for their patent to be approved. 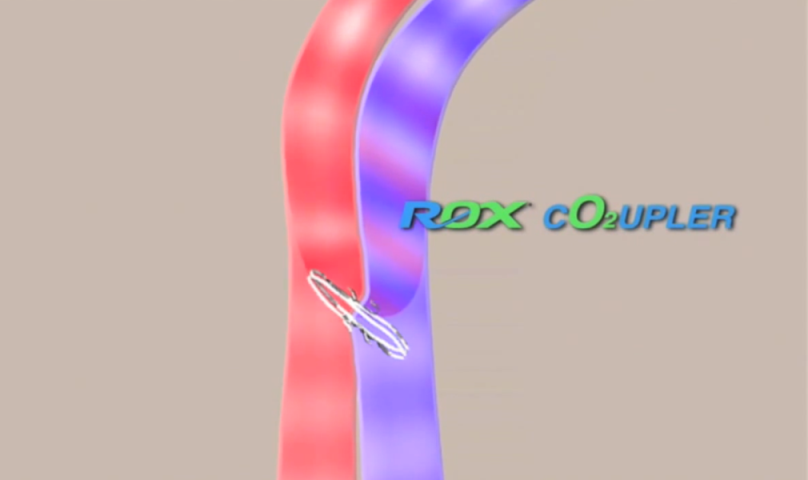 Made by Rox Medical and called the ‘Coupler’, this paperclip-sized device is inserted into the groin where it creates a space between an artery and vein in the thigh, which brings down blood pressure. There’s the possibility of leg swelling, but as the BBC reports, it reduced blood pressure instantly for every patient in a small Queen Mary University of London study and was still effective six months later. More research is needed, but it could one day be available on the NHS. 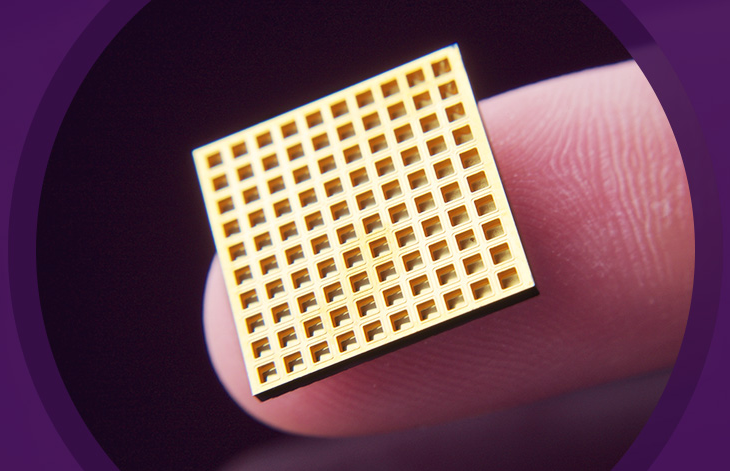 This new WiFi remote-controlled device will allow us to be part robot and dramatically reduce the risk of getting pregnant: win-win. It’s a tiny implantable chip containing a tiny chamber filled with a tiny amount of the synthetic hormone levonorgestrel, which prevents pregnancy. Every day, a small electrical charge melts this part of the chip a little, allowing the hormone to enter the bloodstream. It lasts for 16 years, but if you have side effects, the remote can stop it sooner. Inventors MicroCHIPS hope to make it available to the public by 2018. 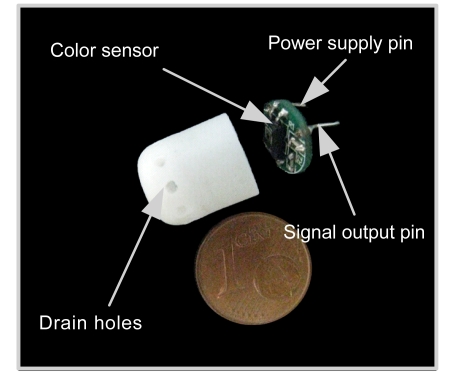 Scientists from Chongqing University in China have made a diagnosis device smaller than a one pence piece that can detect tiny amounts of blood in the stomach – an early sign of cancer. It contains a detector plus its own power supply and wireless transmitter (to convey the results) and it’s proven to be easy to use and effective, as well as less invasive than other techniques, in part because unlike other analysis tools it doesn’t need to be retrieved from the stomach but can just be eliminated in er, the usual way.

The biology labs at Scotland’s Abertay University contain thousands of miniature hearts in petri dishes, each one of them a millimetre across, each one of them beating every two seconds. They were grown from stem cells for research into a cure for hypertrophic cardiomyopathy, which enlarges the heart and can make it stop beating. Other scientists have tried to create artificial hearts like these before, but they’ve never withstood experimentation until now. 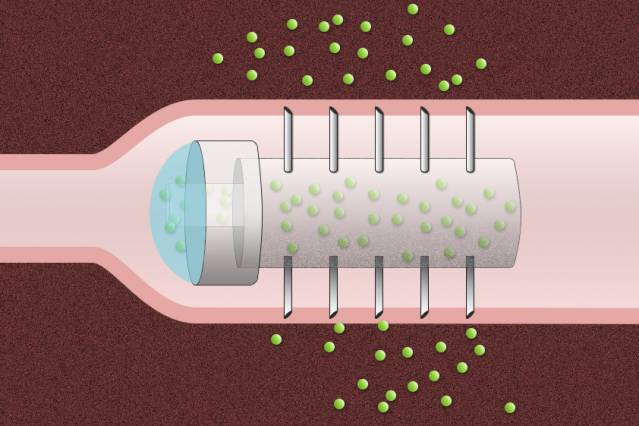 Tiny needles that you can swallow

This might not be something you’re that keen to put in your mouth, especially if you have a needle phobia, but this acrylic capsule covered in 5-milimetre needles could replace the need for injections, making it a potential future treatment option for people with diabetes, cancer, and arthritis. It could also be a new way to administer vaccinations. It would mean a lower dosage is needed, so there’s less chance of side effects, and it won’t hurt going down as our digestive tracts don’t have pain receptors. It’s just a prototype for now, but the team at MIT are working on making it a reality.

Image credit: Christine Daniloff/MIT, based on images by Carol Schoellhammer and Giovanni Traverso. 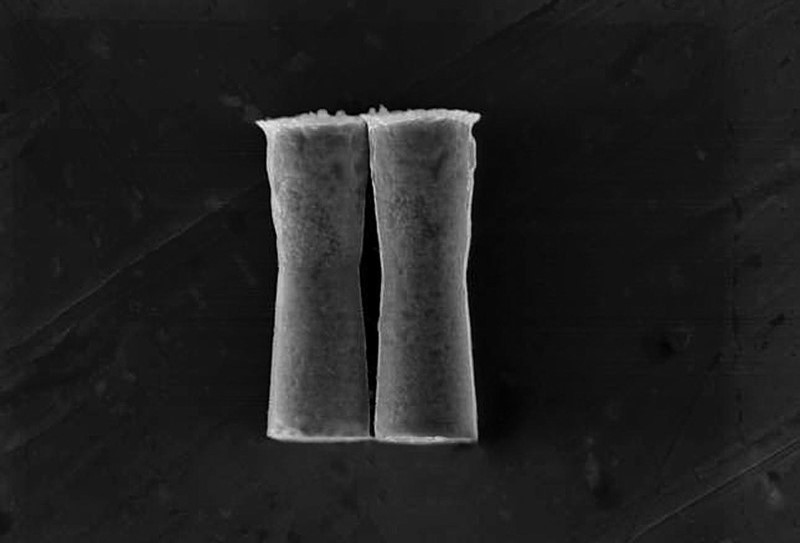 Tiny zinc motors that move around the body propelled by stomach acid (ew, but also, wow) could be used in future to diagnose illness or deliver medication. They’d then be absorbed by the body with no ill-effects. Each one is approximately a fifth the width of a human hair and moves forward thanks to the hydrogen microbubbles in stomach acid. Engineers from the University of California, San Diego have just proved they can be used safely in animals, and the next step will be human trials. Professors Joseph Wang and Liangfang Zhang, who led the project, say that the micromotors could even be used for biopsies and nanosurgery in future. 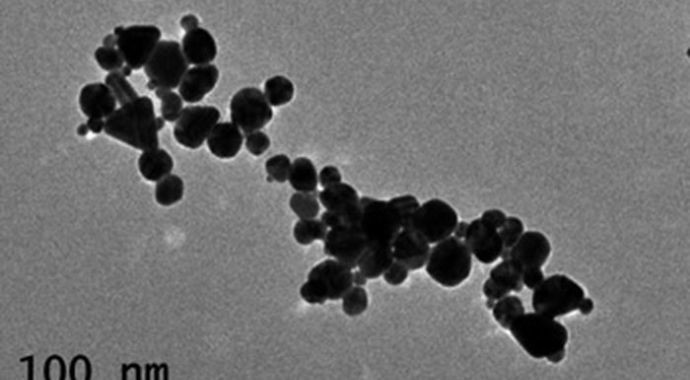 A team from NYU Polytechnic School of Engineering and Peking University worked together to make a new test strip to detect high levels of cTn-I. This is an important marker for myocardial infarction and so discovering it early can help reduce the risk of a heart attack. The strip contains gold nanoparticles that pick up on the immune reaction in question more quickly and effectively than standard tests. Unfortunately, it will be a while before we see gold nanoparticles routinely used in medicine, mainly because they’re still time-consuming and expensive to use. But a small number of patients will benefit from clinical studies, and hopefully scientists will find ways to make them cheaper and easier to make in future.