When a St. Louis County grand jury decided last week not to charge police officer Darren Wilson with the killing of unarmed teenager Michael Brown, protestors across America decided to boycott the country’s annual post-Thanksgiving sales mayhem and shift the focus of Black Friday from retail to racism instead.

Using #NotOneDime and #BlackoutBlackFriday among other hashtags, the campaign urged supporters to avoid spending any money at all on Friday, and has been extended to cover today’s Cyber Monday extravaganza too. Whether it’s cause or coincidence we can’t really know, but Black Friday sales were reportedly down 11% this year.

#BlackoutBlackFriday may seem inconvenient, but so is sending our sons to school not knowing if they will make it home alive. #Sacrifice

He’s been trending for nearly a fortnight. But not in a good way. #CameronMustGo, the tag being used to remind everyone of the Prime Minister’s various misdemeanours while in power, has been used over 600,000 times in the past month and is still going strong – so strong that we’ve seen a spate of ‘How worried should David be?‘-style articles popping up alongside all the memes about NHS cuts and MP’s expenses.

Although until the left-wing activists find a way of converting tweets into feet in polling stations, the conclusion still seems to be ‘not very’.

All the #CameronMustGo stuff is GREAT if it brings new people to the polls. Cause, y’know, that’s how to Make Him Go. — Pete Fraser (@petefrasermusic) November 30, 2014

When 25-year-old Australian cricketer Phil Hughes died on Thursday, two days after being hit in the head by a ball during a match, the news rocked the sports world and far beyond. Fans began displaying their bats and caps in windows and outside their homes as a tribute, and moving photos of the gesture were shared as the #putoutyourbats tag quickly gathered pace online.

Google Australia joined in with its doodle of a resting cricket bat, while all the tagged photos were assembled as a mosaic image of Hughes, below. Social media at its emotive best. 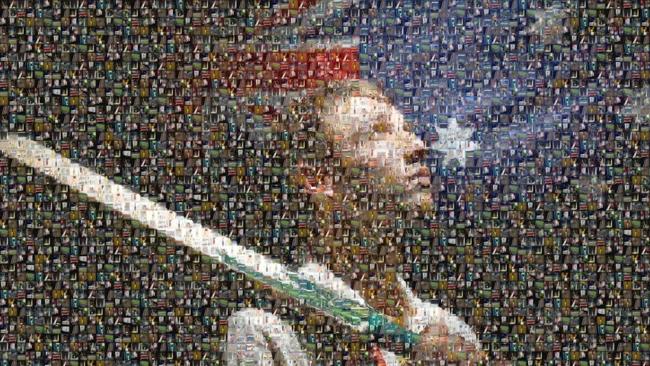 Prince Harry will reveal a secret today, kicking off the #FeelNoShame campaign to raise money and awareness on World Aids Day. Organised by Sentebale, the charity the prince co-founded to support vulnerable children in southern Africa’s Lesotho, the campaign will also see celebs including Gemma Arterton, Nicole Scherzinger and Jools Holland sharing their own secrets – all in the name of honesty, and busting the stigma around Aids and HIV.

It’s another installment of the old debate over what matters more: raising loads of money, or doing it in a way that doesn’t raise any ethical eyebrows. Still, we’d be lying if we said we weren’t intrigued to find out Harry’s secret. That’s got to be his natural hair colour, right?

Another World Aids Day stunt, this time with less royalty but a whole lot more nudity, #weareALLclean is hoping to be the new ice bucket challenge. It asks supporters to tweet photos of themselves in the shower and donate money to Housing Works, a New York charity fighting to end Aids and homelessness.

Some have pointed out that the hashtag could seem to exclude people with HIV and Aids – but the campaign’s founder, activist Jack Mackenroth, explained that it’s meant to do the opposite. ‘I was inspired by the use of the word ‘clean’, especially common in gay culture, to describe oneself as STI/STD free. Indirectly this implies that HIV-positive people are somehow ‘dirty”, he said.

Stand by for a boom in sales of waterproof phone cases.

Finally, an end to the Alt-3 NIGHTMARE! Social media marketer Ben Gomori has made every Twitter nerd’s dream come true by inventing HashKey, a one-key USB keyboard dedicated solely to the hash symbol. It’s especially useful for Mac users, letting them skip all that cryptic shortcut nonsense (or copying and pasting, *sob*) and save vital seconds by hashtagging in just one click.

It’s still only a prototype, but the HashKey has raised nearly £2,000 on Kickstarter – and raised our hopes that dedicated emoji keyboards can’t be far off either. Dancing lady, we can but dream.

The Amazing #HashKey – for people too lazy to manage shift+3. (or those with non-US keyboards I guess) https://t.co/dAsTN7xWOg — Simon Cohen (@ActuallySimon) November 24, 2014 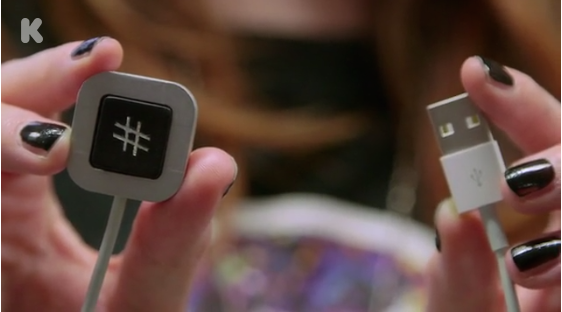