Pure has always been well-known for producing really lovely digital radios, however, specialising in radio means that the Bluetooth speakers built in still sound very radio-ey for want of a better word.

With that in mind, I was very excited when I got the chance to review the brand’s first portable Bluetooth speaker, the Pure Voca, to see if, when focusing on playing music, it lived up to its bold claims of a ‘clear and big sound’, and it didn’t disappoint.

On first glance, the Voca doesn’t look much, as it has such a simple design, finished in a seamless brushed aluminium surround with a dark grey colouring, with the front and back filled with metal grilles. However, this simple design gives it a quality feel, and makes it easy to place in any room, and go with any decor. The ‘P’ for Pure badge on the front is a nice touch too. 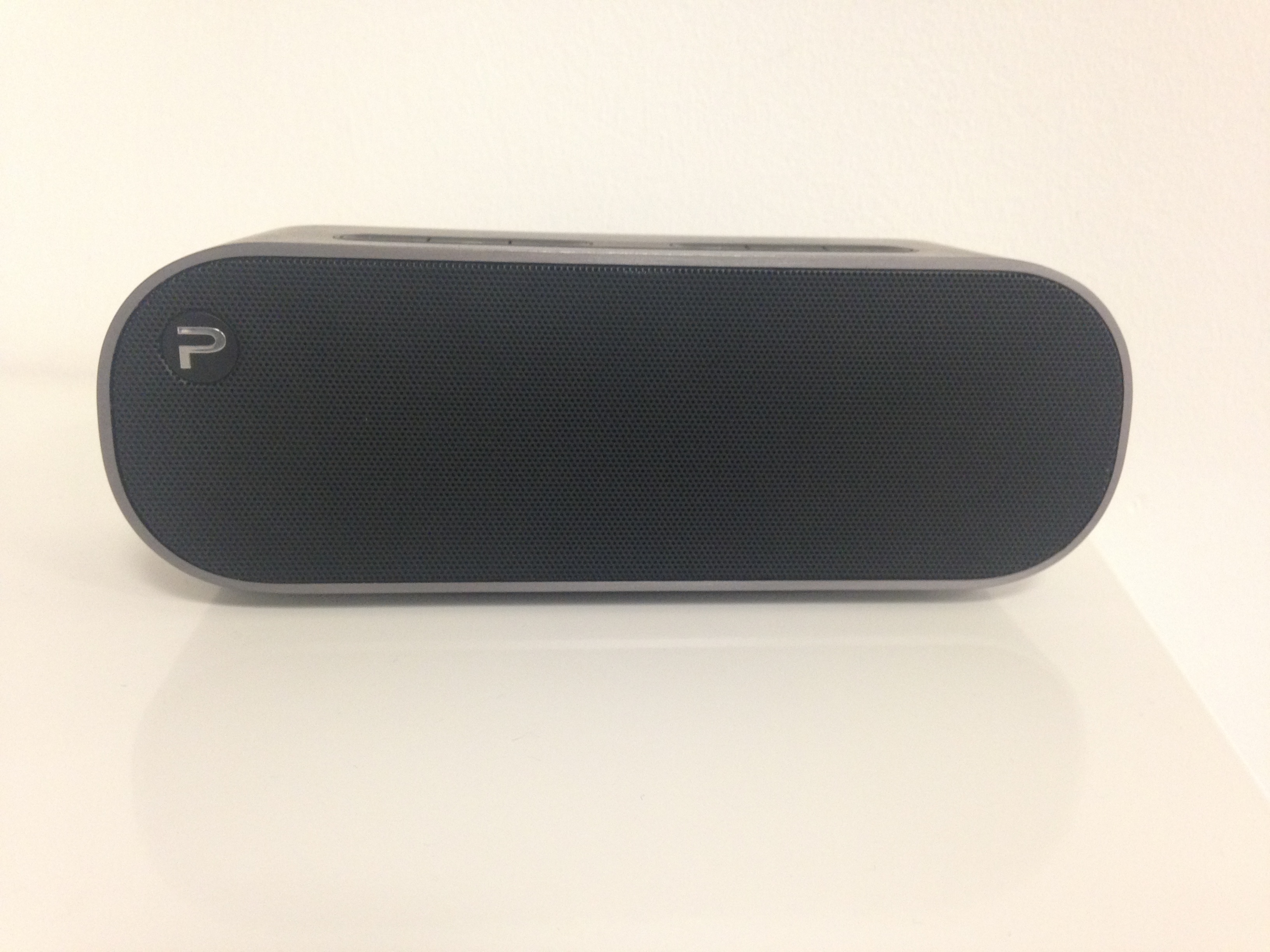 Measuring 189 x 55 x 67mm and weighing 580g, the Voca is compact and light enough to carry around wherever you go, although I did still think it was heavier than it looked.

All the controls lie across the top of the speaker shown with rubber buttons, including power, call answer/hang-up, Bluetooth pairing, mute and volume, and around the back of the Voca is the power connection and 3.5mm socket for an auxiliary input. 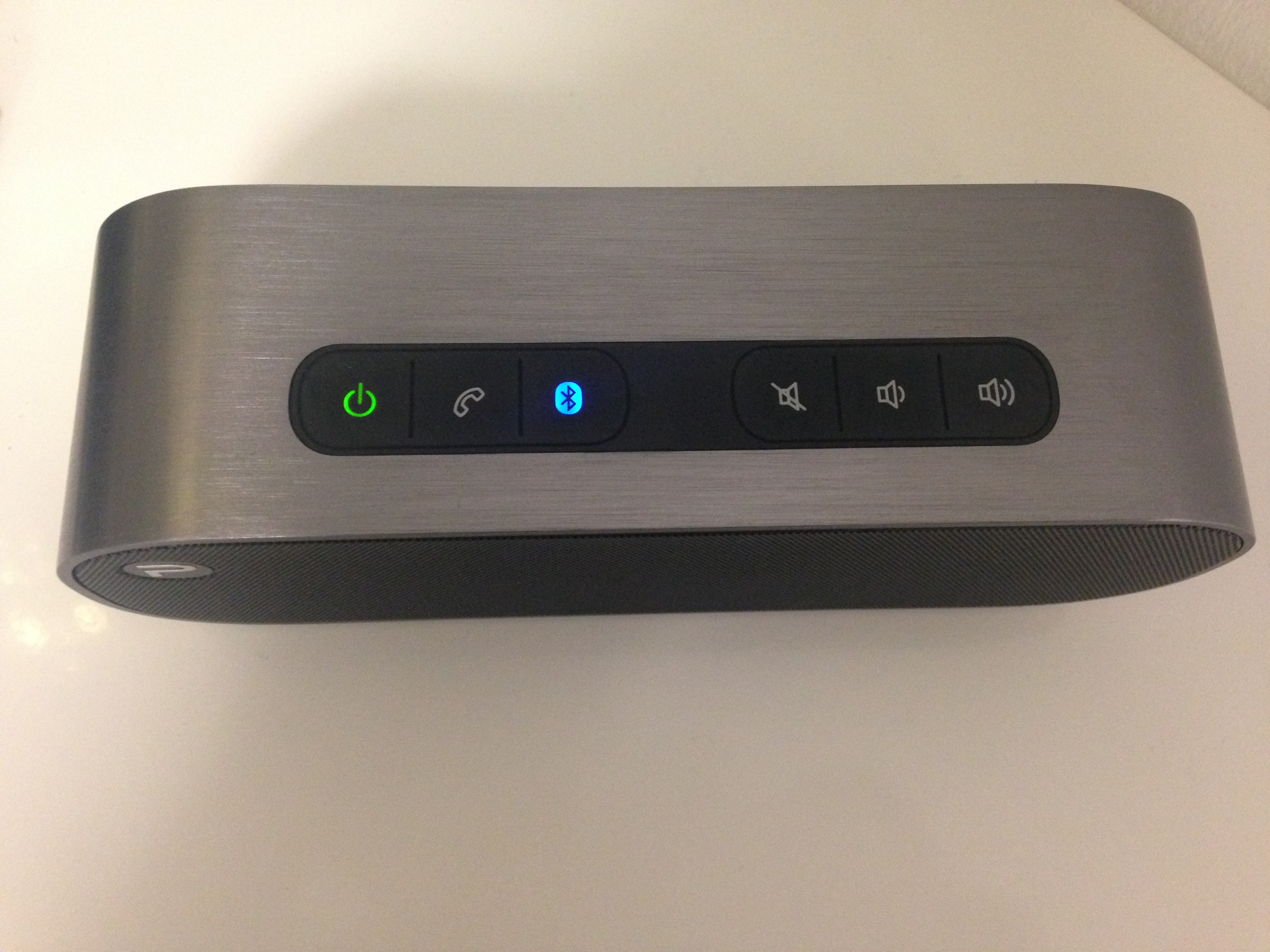 What’s really nice about the Voca is the rubber pad underneath, which reduces vibration against the surface it’s placed on, and stops it moving around. No one wants a slidey speaker.

Aside from connecting via the auxillary input, the only way you can connect to the Pure Voca is by Bluetooth.

It was pretty easy to connect to the Voca from our smartphones, tablets and Mac laptops, and we managed to get a solid connection without it dropping.

However, it was annoying that to change the connection from a laptop to a phone, or vice versa, the one who connected first had to turn off their Bluetooth to allow the other one to take over DJing duties. 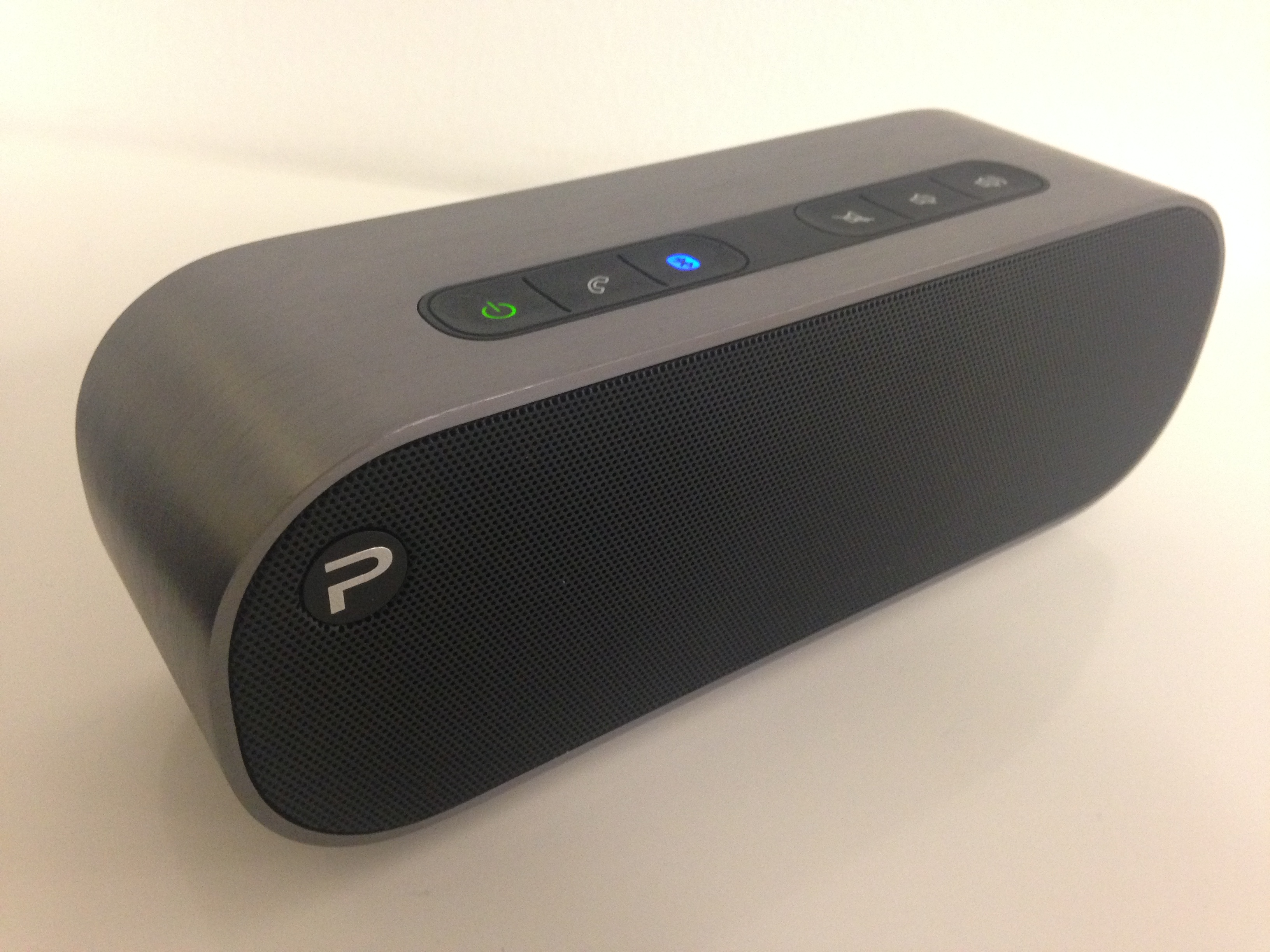 The Pure Voca delivers 10W, which is pretty much all you need in a portable Bluetooth speaker anyway, and it produces a lot of sound, whether it’s in the office or outside in the garden.

Positioning was definitely important with this speaker though. I found that placing it lower to the ground meant the sound wasn’t as balanced, as if I put it on a table. So, the nearer to ear-level you can get it, the better.

Due to the small size of the Pure Voca, I expected a very tinny sound. However, there was none of that. The speakers actually felt very bassy, but the rubber feet kept vibrations down to a minimum. 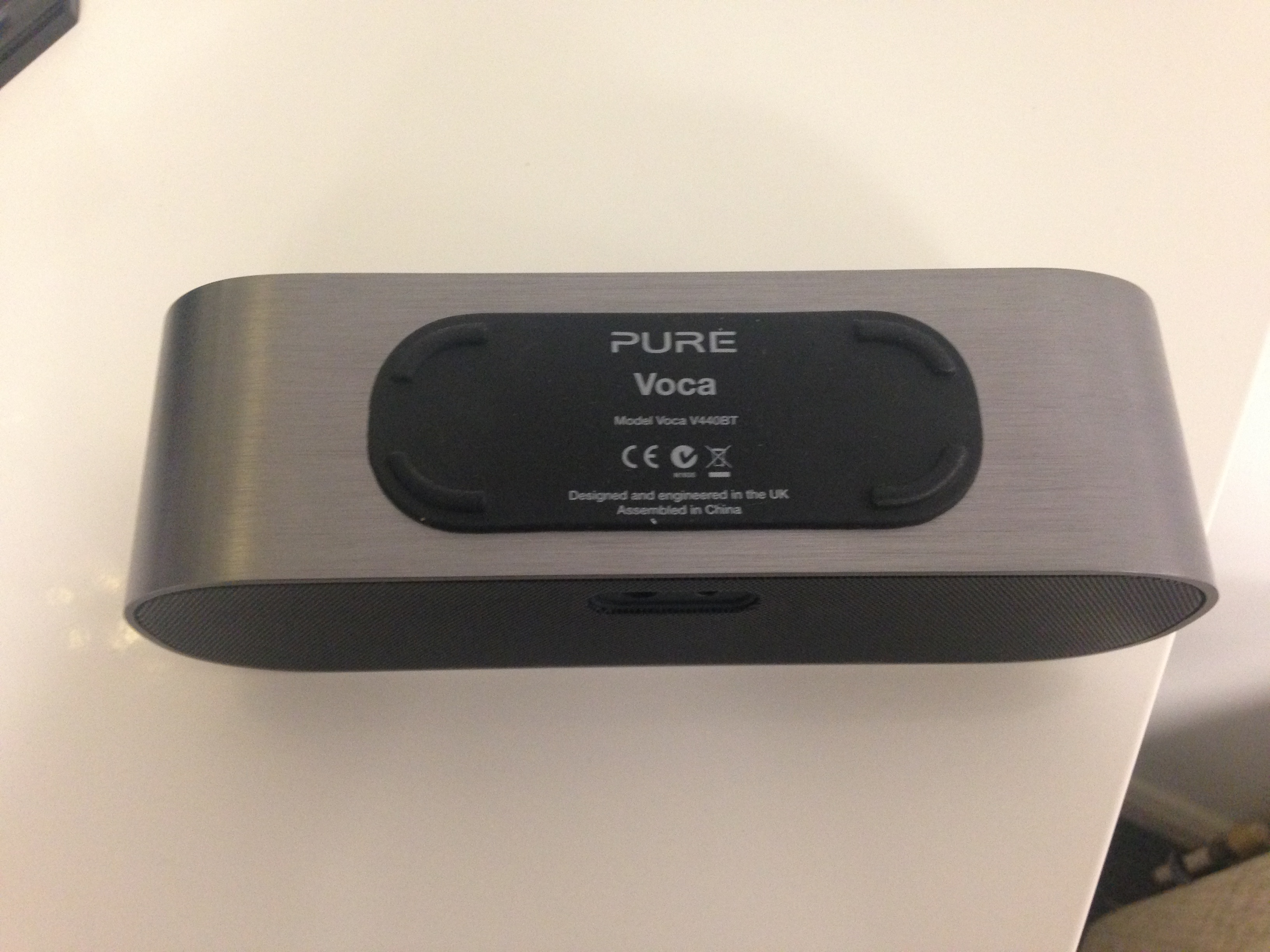 The only problem I did find was that there was a bit of distortion at the very highest volumes, but you’re not very likely to be turning the dial up that much anyway.

Pure claims that the Voca will give you around 10 hours of solid listening, and I found this to be pretty accurate. It’s an internal battery though, so you’ll have to charge it at the wall if you want to carry on partying.

The Pure Voca is a great little Bluetooth speaker, ideally suited for taking away on holiday, where its portability and performance will be valuable. However, I wouldn’t recommend turning the volume up to the highest point, as you’re not going to like the sound it produces.

The Voca’s high-quality design, and clear and bassy audio considering its size, makes this speaker great value for money. Just make sure you call ‘shotgun’ on connecting your phone first, because there’s no overriding allowed here.

The Pure Voca is available from John Lewis and Currys for £79.99.