Brad Pitt was recently spotted taking a selfie with one, the Apprentice candidates use it horizontally, and it’s been one of the most popular HTC phones of all time. But none of those reasons are why we chose the HTC One M8 as our Smartphone of the Year 2014: the fact is, it’s just a really excellent phone. Beauty. Build quality. Software. Camera. Speakers. Screen. There’s next to nothing we didn’t love when we reviewed the One M8 earlier this year. 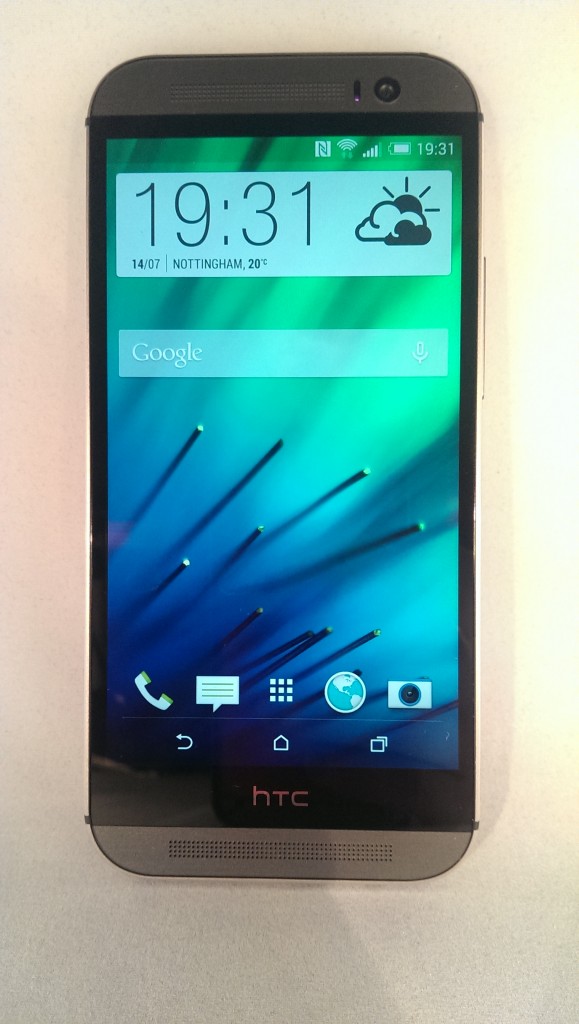 The 4MP camera has received a hefty slice of criticism from people considering the One M8, because it seems pitifully low for a flagship. But we’ve used 13MP cameras that take less good photos than this – it all comes down to the sensor, and HTC’s is first class. That full-HD screen gives bright, faithful colours with wide viewing angles. The brushed-aluminium body is seashell-smooth, nestles in your palm and shows off HTC’s famous commitment to build quality. The Dot View case gives it the show-off-in-the-pub factor. And HTC’s pastel-coloured Android overlay, Sense, adds gesture controls like double-tap to wake and lift-to-answer that are not only usable but actually useful.

In short, this is a stunning handset with the brains to match its beauty. We love it, and no other contender came close.

It’s incredibly hard to stand out in the flagship phone market, but the Galaxy Note Edge has the talkability factor in spades. The utterly gorgeous super-AMOLED screen cascades over the side of the phone, giving notifications and handy functions independently of what you’re doing on the main screen. Out on the 17th of December, it’s a bit too late to give it Smartphone of the Year 2014, but we think this one will be huge next year. Take a look at our quick hands-on tour here.

Sony Xperia Z3
The excellent Xperia Z2 was a hard act to follow, but the Z3 nailed it. Incremental improvements in all the right places made this waterproof phone a very worthy contender, and we’re still big fans.

Samsung Galaxy Note 4
Widely credited with being the inspiration for the iPhone 6 Plus, the 4th edition of this literally tremendous phone packs in some fantastic specs. But ultimately, we just weren’t as excited by this one as some of the others.

Apple iPhone 6 Plus
The phone that finally made phablets cool. The supersized version of the iPhone 6 is everything we were hoping for, but huge phones aren’t for everyone, and Apple’s reaction to #bendgate kind of killed it for us.

LG G3
This impressive handset really set the bar for flagships. With a killer combo of beautiful screen, incredible camera and top-notch hardware, it’s still an excellent choice. It just doesn’t set our world on fire quite like the One M8.

Massive congratulations to HTC and Samsung – and go Team Android!