What does next year have in store for tech fans? Will we see more wearables coming onto the market and what innovations can we expect to see occurring in our living rooms and in our cars? Chris Price looks into his crystal ball to give 15 tech predictions for 2015.

1. Smartwatches will be next growth area for wearables
If 2014 was the year of the intelligent health and fitness bands, 2015 is expected to be the year that the smartwatch finally comes of age. The CES (Consumer Electronics Show) in Las Vegas in January will be stuffed to the gills with intelligent time pieces that will allow you to do everything from making contactless payments to making/receiving Dick Tracy style wristwatch phone calls and much more. Look out for new smartwatch models from LG, Lenovo, Motorola and of course the long awaited Apple Watch. According to research firm Gartner the market will grow from 18 million to 21 million smart watches in 2015.

2. But wearables won’t just be about watches in 2015
If Gartner’s predictions are accurate, the breakout smart wearable hit of the next few years will be the ‘smart garment.’ The firm’s figures show smart clothing going from practically non-existent sales this year, to more than 10 million pieces in 2015, and 26 million in 2016. A perfect example of  the next-generation wearable tech is Cityzen Sciences’ project, codename D-Shirt. Sensors which detect movement, heart rate, speed, breathing patterns, and GPS location are woven into the fabric of this high-tech shirt. We’ll also start to see intelligent sensors embedded into fabric to help with medical conditions such as diabetes and maybe even LED lighting which can change the colour of the fabric. Other wearables include new ‘smart spectacles’ to rival the so far poorly received Google Glass. Watch out for Sony’s single lens display that will, claims the the manufacturer, fit any pair of glasses.

3. 3D printing will finally become a reality
Worldwide shipments of 3D printers are expected to grow 98 percent in 2015, followed by a doubling of unit shipments in 2016. While the hype has been around the possibility of being able to print your own gun, the reality of 3D printing is likely to be much more mundane. According to research firm IDC, by 2020 10% of consumer products will be available through ‘produce on demand’ via 3D printing. Expect the first generation of home printed 3D products to be items like razors, jewellery and maybe some items of clothing, such as this 3D printed shoe from the Z Corporation below. 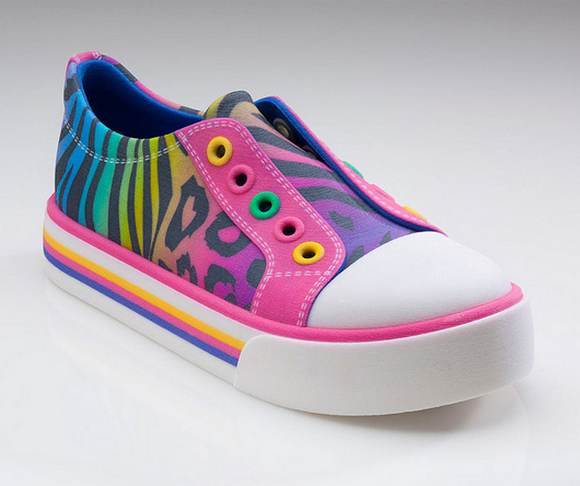 4. Cash will finally die (and the only place you will see the Queen’s head is on a stamp!)
OK that’s a lie. It won’t die in 2015, but its importance is rapidly diminishing. The British Retail Consortium’s 2014 survey showed the use of cash by UK consumers has fallen by 14% over the past five years, now making up just £27.64 of every £100 spent. If 2014 was the year that contactless payments via card became established, 2015 promises to be the year of mobile payments as we use our near-field communications (NFC) enabled smart phones – as well as smart watches and payment bands – to make cashless payments. Importantly, 2015 will also see the launch of Apple’s much heralded mobile phone payment system, Apple Pay.

5. Watch out for increased mobile security threat!
As more and more of our purchases and banking move to mobile, expect the hackers to follow the money and target security around mobile devices, particularly phones, much more than in the past. By the end of 2015, around 15% of mobile devices will be accessed biometrically, through fingerprint readers, reaching 50% by 2020. More data on mobile phones will be encrypted too.

6. More ‘things’ than ever connect to the internet
There are already more ‘things’ connected to the internet than there are people on the planet, but this trend doesn’t show any signs of slowing down as the elegantly named ‘Internet of Things’ phenomenon continues. In 2015 expect even more devices to connect to the net, including everything from lighting and heating systems to video cameras, drones and even clothing.

7. Phablets will be the mobile growth engine
Mobile device and app sales will reach $484 billion in 2015, according to IDC, which is a much steadier growth than previous years. But while sales of smartphones and tablets slow down, phablet sales will continue to grow, cannibalising the tablet market in the process.

8. Cars to become even more clever in 2015
As drivers get older and roads busier, car manufacturers are looking for ways to automate vehicles and reduce accidents. Expect more vehicles to be fitted with anti-collision systems that automatically detect the cars around you and move the car into another lane if needs be. Manufacturers will also test systems to predict if a driver is about to experience a medical problem such as a heart attack – though these probably won’t be introduced in 2015.

9. The sharing economy
One trend we have seen in 2014 is the rise of the sharing app. Just look at the success of Uber, a company that’s built a business around disrupting the traditional taxi industry. But of course it’s not the only one. There’s also an apartment sharing service AirBnB which turns home owners into hoteliers. In 2015 we’re likely to see even more of these sharing apps as well as a lot of interest from venture capitalists wanting to invest in apps that match buyers and sellers in new and interesting ways to disrupt existing business models. A recent Ericsson ConsumerLab survey found more than half of smartphone owners are already open to renting other people’s leisure equipment, rooms and household appliances while 46 percent could even imagine using a smartphone app to book a dinner in someone else’s home!

10. Internet traffic reaches a Zettabyte! What?
Video is expected to dominate internet services in 2015 with some estimates putting the amount of video traffic on the internet – including HD and 3D – at over 90 per cent of the total. According to Cisco, it would take over 5 years to watch the amount of video that will cross global networks every single second in 2015. Of course this translates to an awful lot of data. Cisco claims that internet traffic will reach a ‘zettabyte’ in 2015 – a unit equivalent to around 250 billion DVDs! To put that in some context if the volume of a coffee cup represented 1 Gigabyte of data, then the volume of the Great Wall of China would represent one zettabyte.

11. Metal Mickey comes of age
OK we’re unlikely to have our personalised robot in 2015, like Metal Mickey from the 1980s TV show (see picture below), but we’re edging ever closer. For example at CES 2015, the Robotics Marketplace has increased by 25% to 8250 square feet of exhibition space. On display will be a full range of intelligent, autonomous machines that are connected to the cloud, controlled by mobile devices and which are capable of seeing, hearing, feeling and reacting to the world around them. 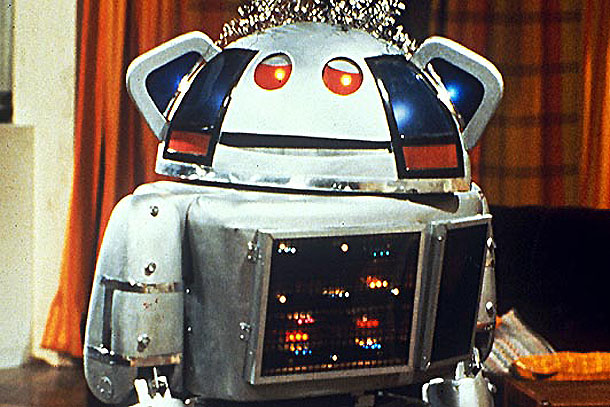 12. 8K TVs – yes you heard us right!!
You’re probably still getting used to the idea of a 4K, or Ultra High Definition, TV but when it comes to sharper pictures there doesn’t seem to be any stopping TV manufacturers and broadcasters. Japanese public broadcaster NHK is already forging ahead with the development of high-frame rate resolution and 8K – which is 16 times the resolution of existing HD TV – is on its roadmap. According to Broadband TV News, NHK is hoping to achieve an “end-to-end high-frame rate system” that delivers 8K resolution (7680 x 4320 pixels) at 120 frames per second. Meanwhile it’s expected in 2015 that the price of 4K TVs will drop below £500.

13. Head in the clouds – cloud storage remains popular
Lower storage costs as well as benefits of scalability and flexibility will ensure the Cloud’s continued growth, despite recent security concerns. According to IDC, worldwide spending on public IT cloud services is expected to exceed $107 billion by 2017. But the value of the cloud is no longer just about disaster recovery or scaling up capacity. As mobile computing meets cloud computing, centrally co-ordinated applications that can be delivered to any device will continue to grow. A new report predicts that the global mobile cloud market for apps will grow from around $9.43 billion (£6 billion) in 2014 to $46.9 billion (£30 billion) in 2019 with services like Dropbox and Apple’s iCloud growing in popularity.

14. Massive growth in China’s tech influence
China’s influence on the tech market will continue to grow apace. IDC predicts that up to 40% of smartphones sales worldwide will be from Chinese manufacturers and one third of all online shoppers will be Chinese. China’s cloud and e-commerce leaders such as Alibaba, Tencent and Baidu are widely predicted to become become global market players.

15. Smart TVs become the norm in 2015
One growth area that could ensure the TV’s place in our living room for years to come is  the rise of Smart, or internet connected, TVs. According to Futuresource, Smart TVs accounted for 39 per cent of the market in 2013. This is expected to rise to 87 per cent by 2018, and many industry commentators believe this could drive some on-demand viewing from tablets, laptops etc. back onto the TV screen especially as prices of flat screen TVs continue to fall (in many cases, for example, you can now buy a 32inch flat screen TV for less than the price of an iPad.)