Ah, Christmas – it’s the time of year when almost every one of us wants as much time off as we can wangle. If you’ve succeeded in eking out an extra few days of holiday and it’s been as relaxing as you’d hoped, you may have found yourself munching on mince pies, watching crap TV and lounging by the fire with a good book. Maybe you’re even doing it now.

So if you’ve got a few luxurious hours to yourself between now and going back to work, it’s probably the perfect time to pick up a short novel. There are dozens of books which could have made this list, but those here are guaranteed to leave you thinking about them long after you’ve finished. All less than 200 pages, prepare to be inspired – don your thermal socks, a hot chocolate and the comfiest seat in the house. 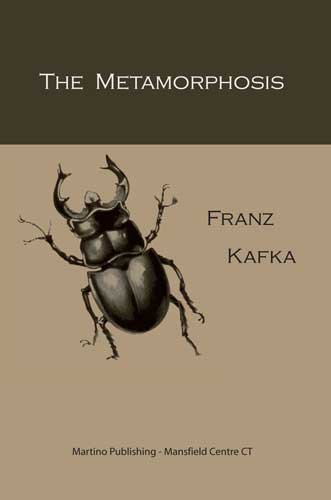 This bizarre, absurdist novella tells the tale of Gregor Samsa, who wakes up one morning to find he has turned into a gigantic vermin. Unable to function properly and shunned by his family, Gregor slowly falls into despair. Surreal, vague and painful, The Metamorphosis is a poignant exploration of one man’s struggle to cope with failure. 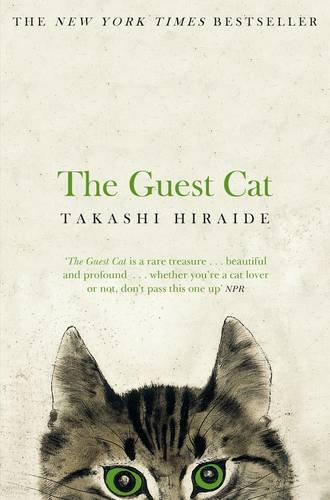 ‘When I think about it now, rather than my not being a cat lover, it may simply have been that I felt a disconnect with people who were cat lovers.’

Philosophical and captivating, The Guest Cat has been a bestseller in France this year and received Japan’s prestigious Kiyama Shohei Literary Award. Two emotionally distant people are brought together by serendipity and, indeed, a cat named Chibi. This story of a marriage-saving feline is one instance where you should most definitely judge a book by its (brilliant) cover! 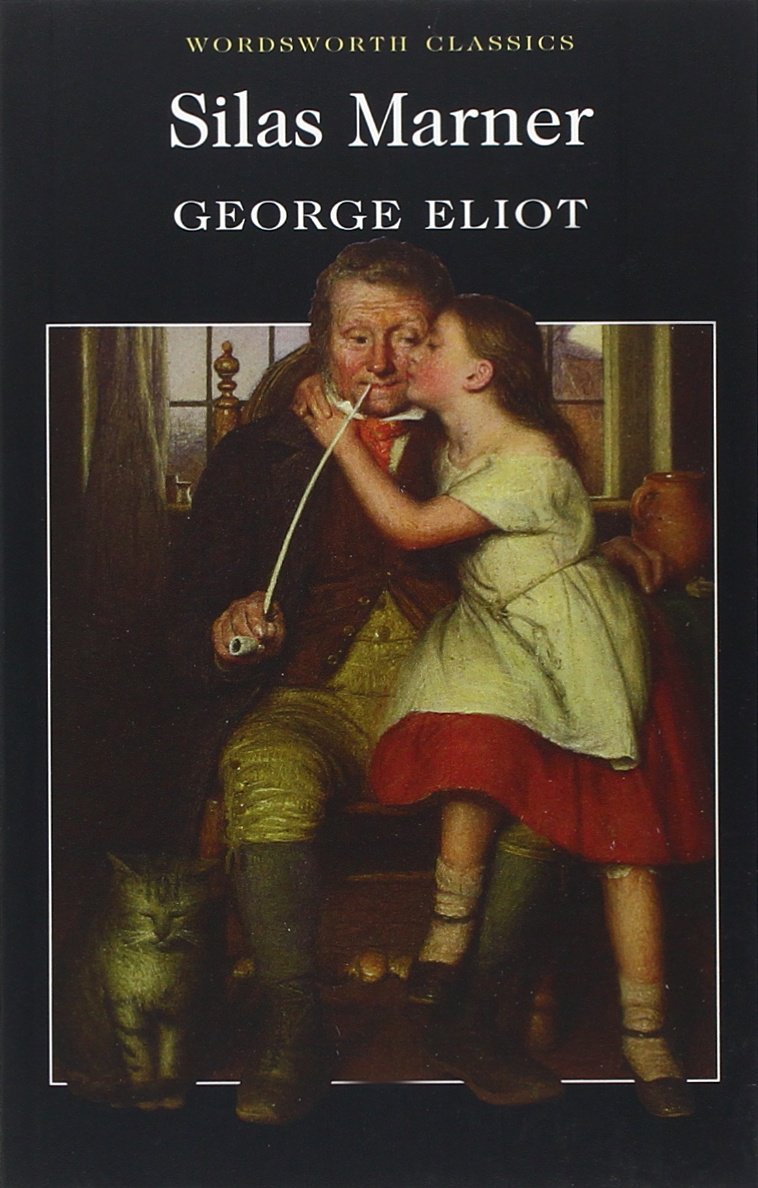 ‘When we are treated well, we naturally begin to think that we are not altogether unmeritous, and that it is only just we should treat ourselves well, and not mar our own good fortune.’

This tender tale tells the story of a wrongly exiled weaver named Silas in the agricultural heart of England, who comes to be accepted once more by way of adopting an orphan girl named Eppie. It’s an ultimately festive story of mistakes and redemption, which is particularly beautiful at Christmas. 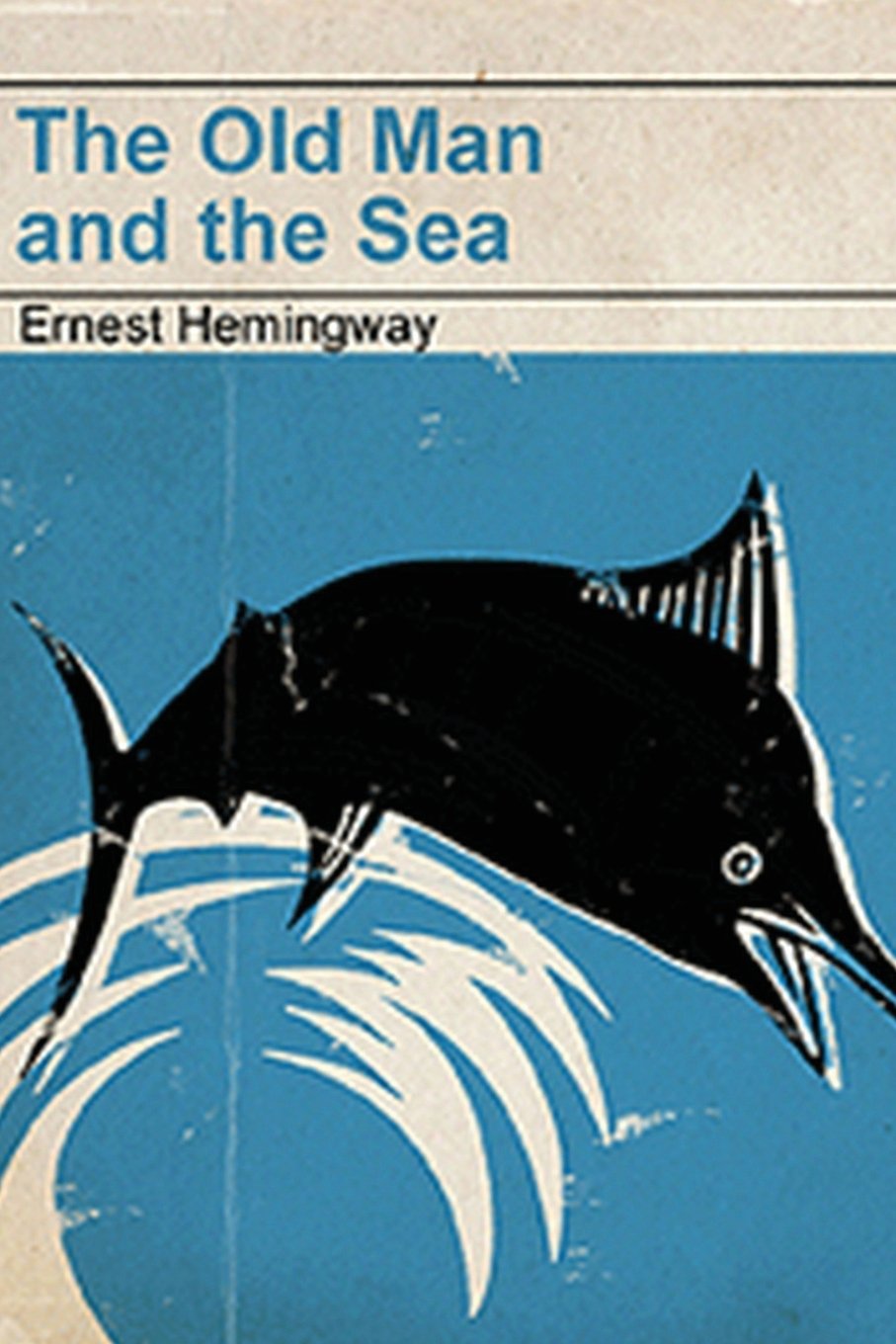 ‘Most people were heartless about turtles because a turtle’s heart will beat for hours after it has been cut up and butchered. But the old man thought, I have such a heart too.’

Not a word is wasted in this exquisitely-crafted fable by the revered Hemingway. Quite simply, it tells the story of an old man, a young boy, and one enormous fish. It was The Old Man and the Sea that won for Hemingway the Nobel Prize for Literature. 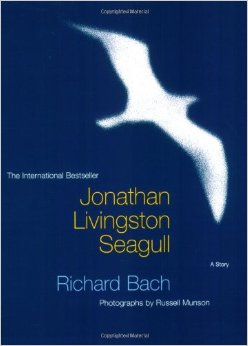 ‘Don’t believe what your eyes are telling you. All they show is limitation. Look with your understanding. Find out what you already know and you will see the way to fly.’

This pensive fable tells the tale of Jonathan Livingston, a seagull who parts from his flock in search of a higher meaning in life. Inspiring and allegorical, it reinforces the importance of following your own desires, even if everyone around you feels threatened by your ambition. You’ll fly through it. 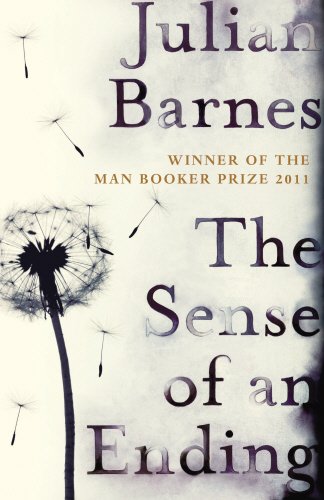 ‘This was another of our fears: that Life wouldn’t turn out to be like Literature.’

This mesmerising tale won the Man Booker Prize the year of its publication. It’s a retrospective book covering ageing, regret and the passage of time. Concise yet open-ended, The Sense of an Ending will amaze you with its emotional force. 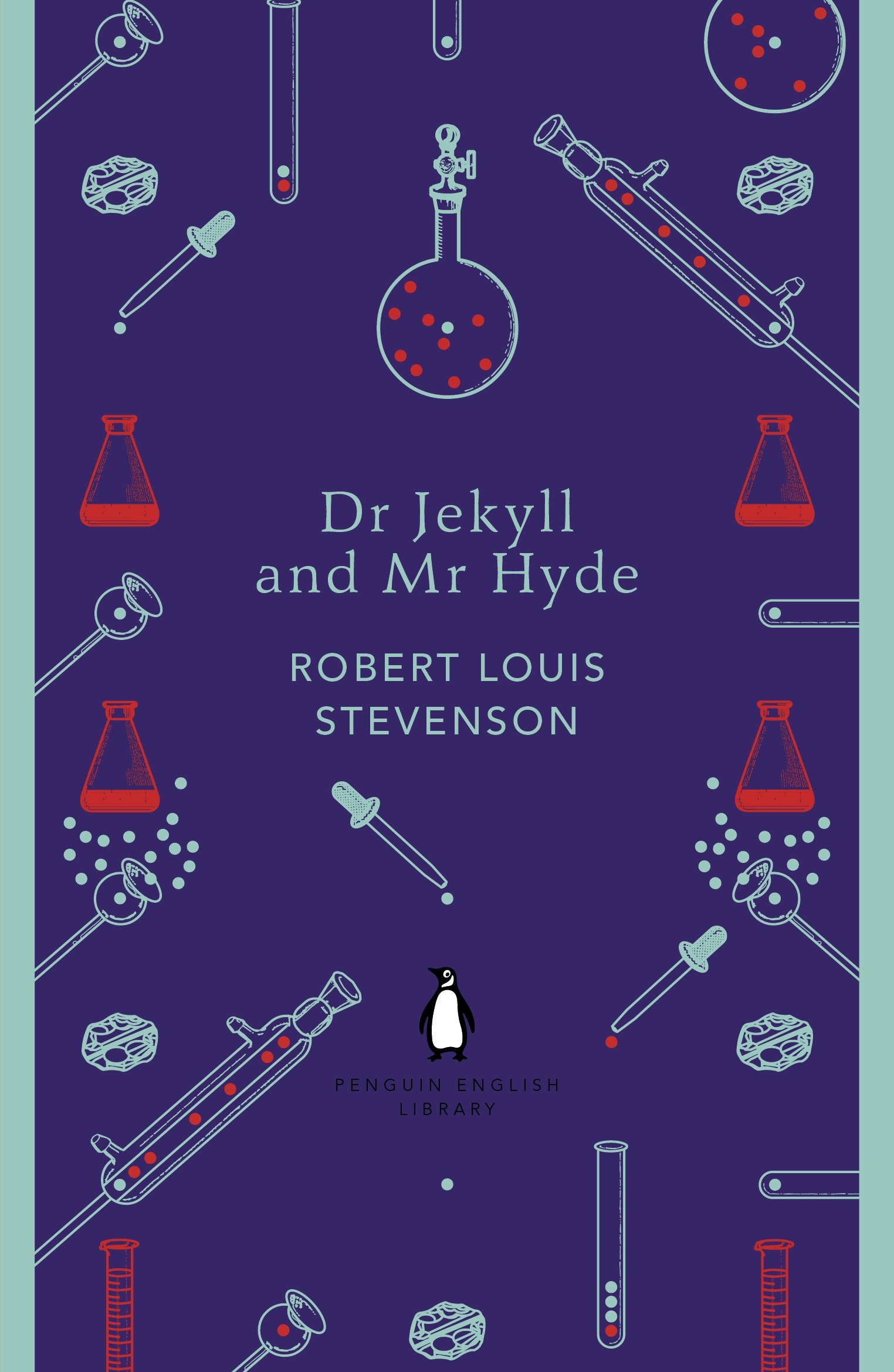 This haunting tale of a doctor and his murderous double has become so well-known that you’ll hear references to it everywhere – but at its core it is a masterfully-written mystery that lingers long after you’ve turned the final page. It is a must-read for Londoners especially, with its evocative descriptions of the shady 19th-century streets making the perfect setting for a horror story. 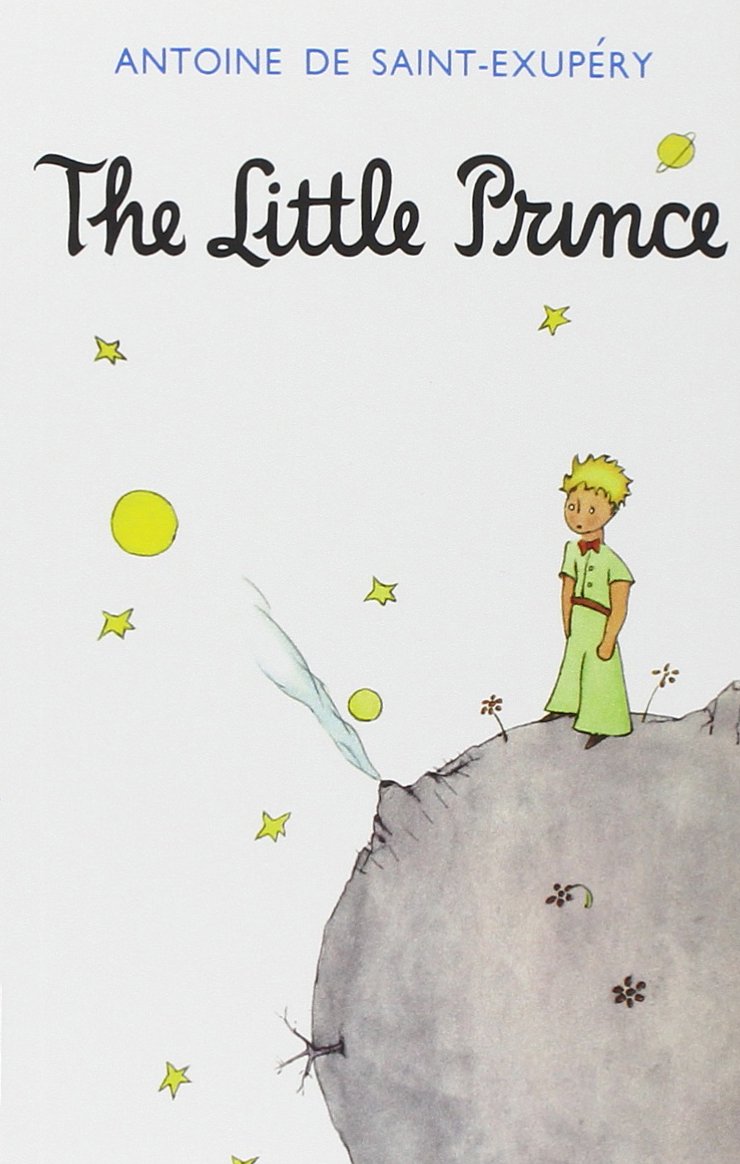 ‘And now here is my secret, a very simple secret: It is only with the heart that one can see rightly; what is essential is invisible to the eye.’

This classic tale by the French aristocrat appeals to both children and adults as an innocent but thought-provoking musing upon the human condition. The novella is both the most-read and most-translated book in the French language, having been translated into more than 250 languages worldwide. That’s good enough reason to pick it up. 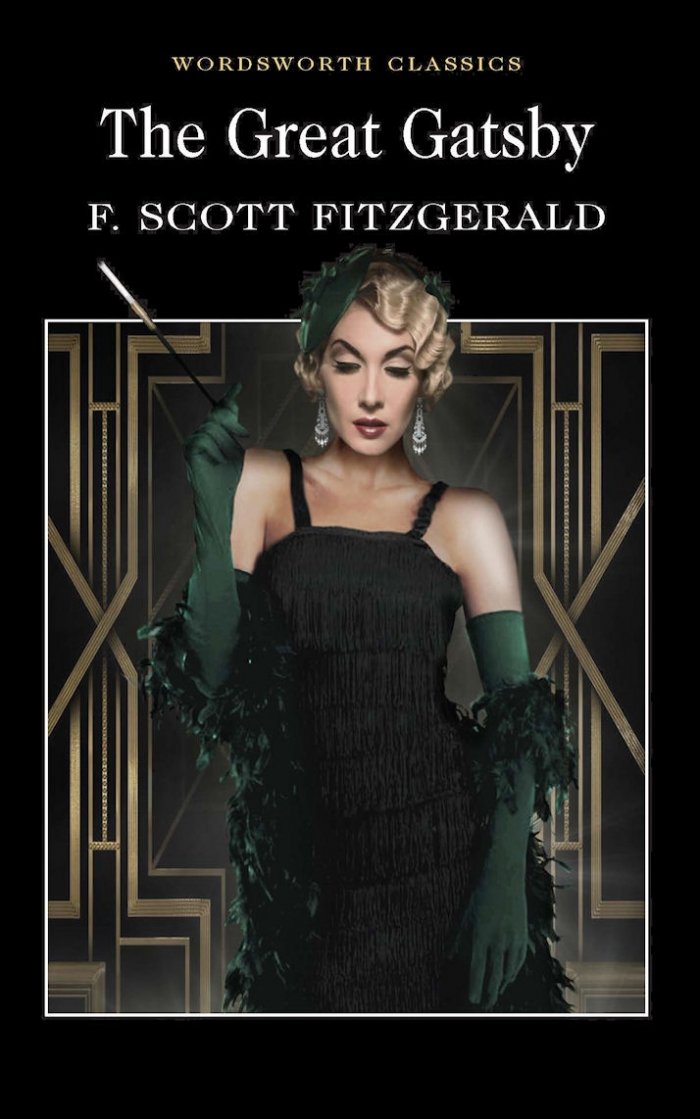 ‘ “I hope she’ll be a fool – that’s the best thing a girl can be in this world, a beautiful little fool.”’

Most likely you’ve come across it in some form already. Love it or hate it, this bleak, mysterious tale perfectly captures the decadence of the ‘roaring twenties’ through its shallow characters, portrayals of senseless partying and unfulfilled passions. 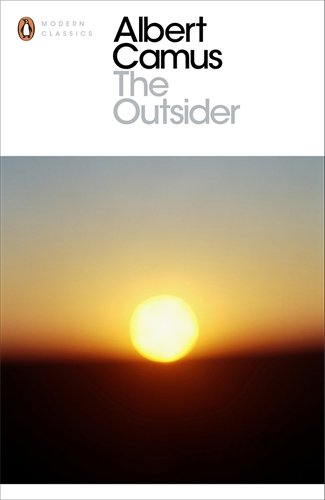 ‘Mother died today. Or maybe yesterday; I can’t be sure.’

The Outsider follows the tracks of Meursault, the anti-hero who refuses to conform to society’s expectations. Subtle and dreamlike, this is the ultimate existentialist novel. 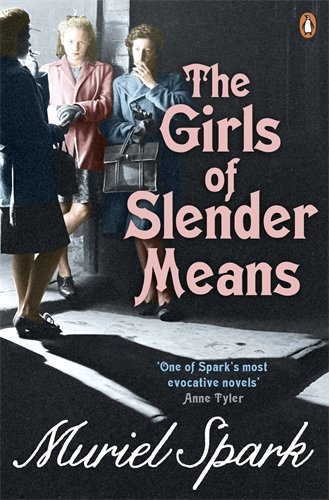 ‘You don’t know what it’s like trying to eat enough to live on and at the same time avoid fats and carbohydrates.’

This story looks back on a group of humble young women working together for the wartime effort in a hotel off Kensington High Street in London. Told with wit and imagination to culminate in an affecting climax, it’s a book you’re left wishing were longer. 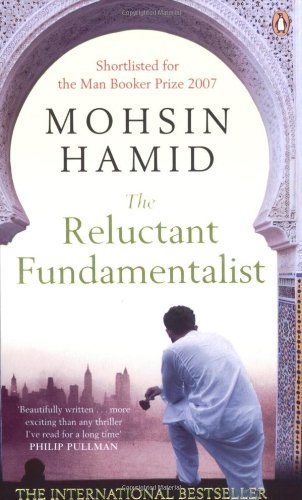 ‘As a society, you were unwilling to reflect upon the shared pain that united you with those who attacked you. You retreated into myths of your own difference, assumptions of your own superiority. And you acted out these beliefs on the stage of the world, so that the entire planet was rocked by the repercussions of your tantrums, not least my family, now facing war thousands of miles away.’

As one critic commented, extreme times call for extreme reactions – and Mohsin Ahmad’s The Reluctant Fundamentalist is an appropriately reactionary literary response, although not in the way its title might suggest. It tells the story of a successful Pakistani student living in New York City as the events of 9/11 unfold and change the world – and his life – forever. 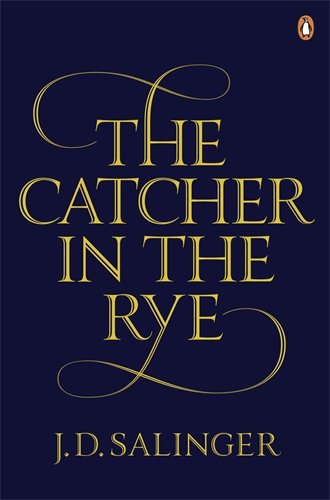 ‘And I have one of those very loud, stupid laughs. I mean if I ever sat behind myself in a movie or something, I’d probably lean over and tell myself to please shut up.’

This book has, of course, been widely read – and if you haven’t yet picked it up, then now is the time. A bemusing, unsettling first-person rambling full of teen angst, self-doubt and disconnectedness, this book is also famous for being the favourite of John Lennon’s killer, Mark David Chapman. 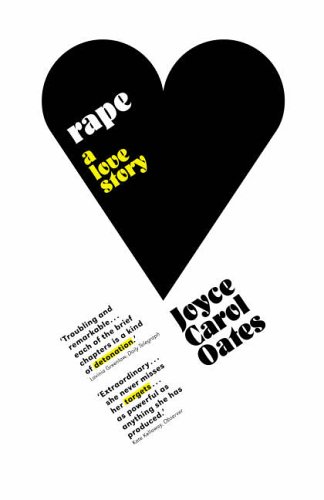 ‘That pathetic woman … they should have finished the job.’

Joyce Carol Oates’ harrowing novella explores the powerful, terrible effects of sexual violence and the shells of women it leaves in its wake. Teena Maguire, a widowed mother, is beaten, gang-raped and left for dead on her way back home from a party, and what follows is a hollow aftermath told through fragmentary points of view. A phenomenal read which raises some important questions about the treatment of victims of sexual violence. 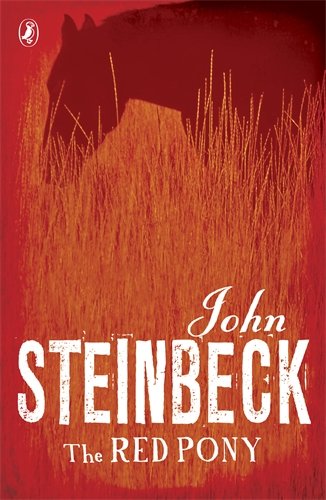 ‘He felt an uncertainty in the air, a feeling of change and of loss and of the gain of new and unfamiliar things. Over the hillside two big black buzzards sailed low to the ground and their shadows slipped smoothly and quickly ahead of them.’

The obvious choice by Steinbeck, one of my favourite authors, would be Of Mice and Men – but The Red Pony certainly puts up a good fight as a rival, for Steinbeck is a truly genius storyteller. With emotional tenderness, this simple tale traces the story of a young boy, Jodi, who develops a fierce attachment to a pony given to him by his father. Tragedy soon follows, and Jodi begins to learn the difficult lessons of life and death which will mark his transition to adulthood.

One thought on “15 short, thought-provoking novels to read over the Christmas period”