To paraphrase part of a quote from legendary author Douglas Adams, when it comes to technology anything released after you turn 35 is against the natural order of things. While that is a bit of a massive generalisation, there are people out there, especially older people, who don’t really get technology and find it difficult to get their heads around. That’s where Breezie comes in.

Breezie is tablet software designed for people over the age of 65, and it promises to be simple and non-patronising so that older people who aren’t confident with technology can still enjoy the benefits it brings.

You can either buy Breezie as a package, preinstalled on a Samsung Galaxy Tab, or on its own. The software simplifies a large number of popular services like Facebook and Skype, stripping away all but the most essential components to make them really easy to use. Most of us don’t use all the features on Facebook, so while we’re not the target market, we can’t help thinking Breezie’s simplified Facebook looks great: 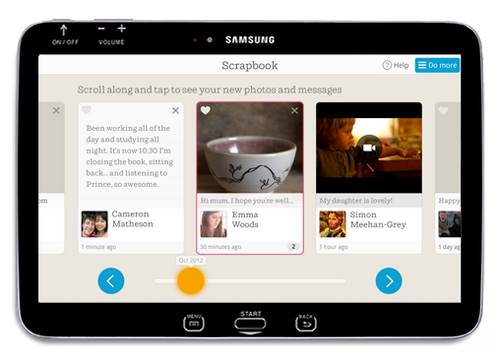 The set-up process is also eliminated, with configuration and logging in all done on Breezie’s end before the tablet arrives. There’s even an option to personalise Breezie to match the hobbies and interests of whichever person is going to be using it. The final useful feature is a central hub that can be used to recall passwords, add or remove apps and contacts, as well as troubleshooting any problems. It can be accessed anywhere, so if there’s a problem and you’re not in a position to visit, you can help remotely.

There are two ways to buy Breezie. You can either buy a tablet with the software already installed, or you can buy the software for a Galaxy tablet that you already have. The only real downside is that Breezie is only available for Samsung Galaxy tablets at this point, so you can’t save yourself a bit of money by having it installed on something cheap like a Hudl. 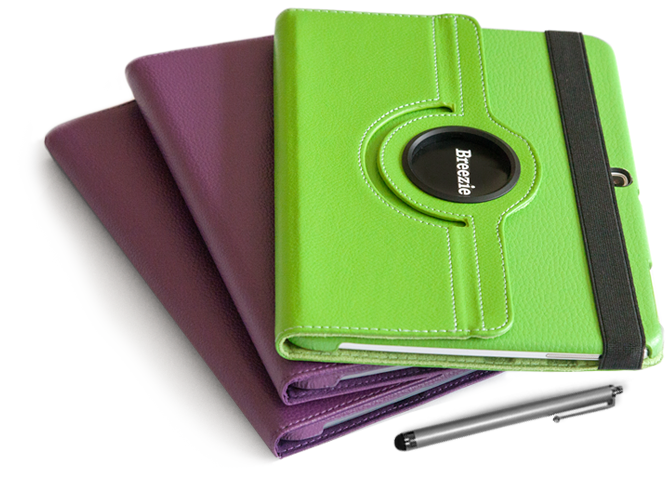 Breezie tablets come with a protective case, stylus (optional but probably appealing for people who aren’t used to touchscreens) and stickers pointing to all the main features (volume buttons, and so on) to help new users find their way around.

You can get your hands on Breezie on its website, and you have four options to choose from. If you already have a Galaxy tablet then you can purchase the software and install it yourself (£75), or you can have your tablet sent into Breezie so they can do it for you (£108). If you don’t have a tablet, then you can have the choice of buying a tablet with an 7-inch or 10-inch display (£239 and £329 respectively).

Started in London, Breezie is about to hit the US, and we think it’s going to be massive. Phones next, please!