As we mentioned last week Ford is set to launch the all-new Mondeo in 2015, but they offered shinyshiny a sneak preview in Malaga late last month. Needless to say the car is a lovely, smooth drive, but, as you’d expect, it is the technology that interests me most.

Here then are my four favourite bits of tech from the new Ford Mondeo.

SYNC 2 is the second-generation edition of Ford’s Microsoft powered dashboard infotainment system, which grants the driver vocal control over built-in apps for navigation, music, as well as climate control, and using your phone, when it’s connected via Bluetooth.

While I drove the car around and got the chance to use SYNC with my phone, it didn’t feel entirely different to anything I have seen in cars before, or on my phone, where you can just say something like, ‘Call Mum’, and it will ring. Where it did stand out though is that its voice recognition system really is excellent and a step beyind most of its rivals. You don’t have to constantly have to say things before it understands you – which makes it a lot easier to use.

By simply saying, ‘I’m hungry’, SYNC 2 will bring up information about the nearest Michelin-starred restaurant, including an option to call the restaurant to book a table, and it will then direct you to said restaurant. The Mondeo we were driving took us to Restaurante Jose Carlos Garcia (where the food was incredible FYI), seen in the featured image.

Like a lot of new cars, you can also play music from Spotify, by saying ‘Play (insert artist here)’. SYNC 2 also reads out your text messages, and allows you to reply with some pre-loaded messages or custom ones. It’s clear that the emphasis is on safety with this system, as there’s no large amount of fiddling around in order to get the entertainment system to do what you want.

What I found especially impressive was the way  that the Mondeo could act as a WiFi hotspot, which can connect up to five devices at one time, so everyone in the car can use it. This meant that, while in Malaga, we could be connected to the internet on our phones, and not be spending any extra on our phone bill. I expect a lot of cars will boast this type of thing in the future as more cars build in 4G – see here for more. 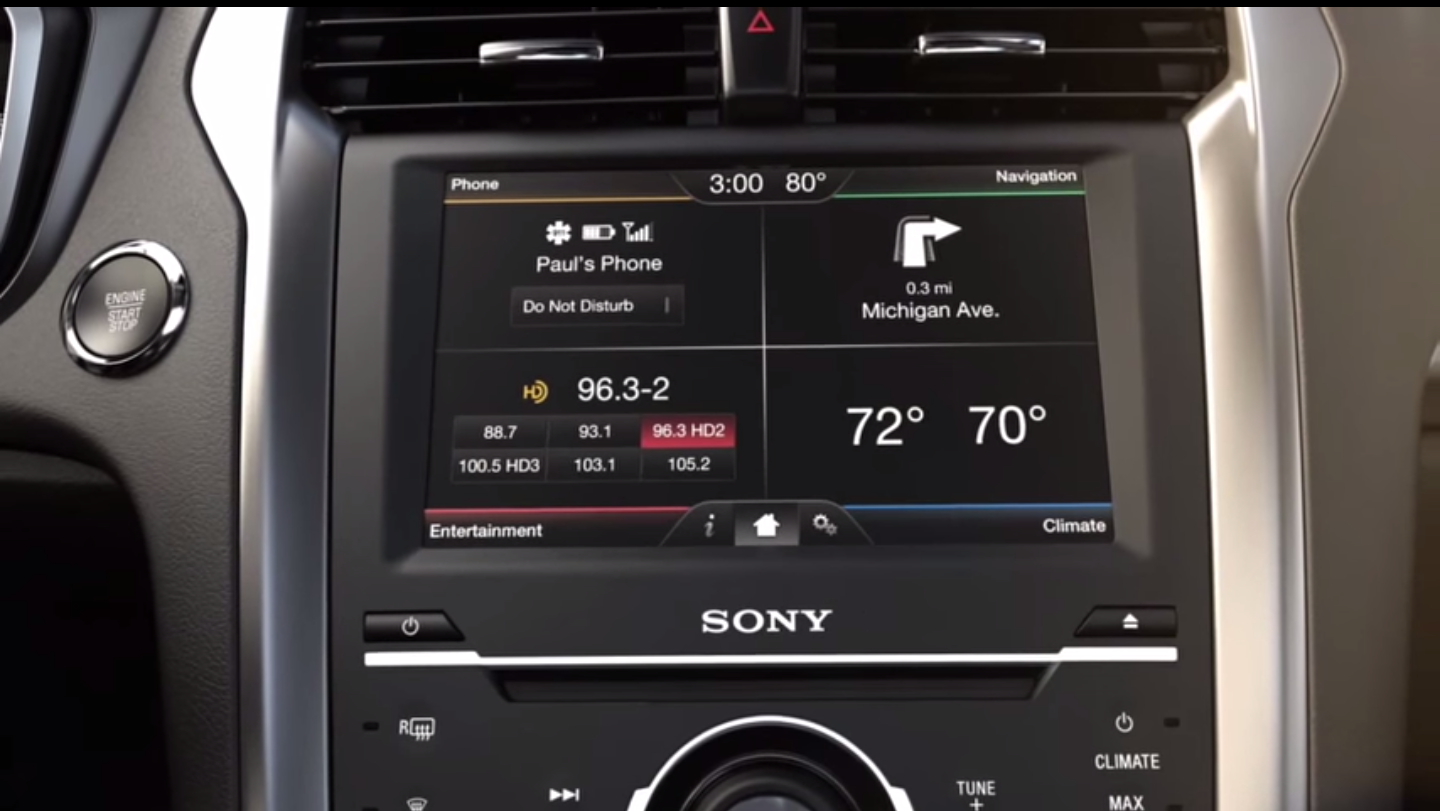 There are loads of cars out there at the moment that beep at you to help you with parking, but the Mondeo can find a space for you and then steer you into it, without you doing anything but pressing the accelerator. It didn’t always work, but when it did it was very impressive.

Now this is clever. Every time I accidentally came out of the lane, the car would automatically steer me back in, which was really weird, considering it felt like I was being quietly patronised by a car, but really safe.

This isn’t the only way in which the Mondeo is aware of its surroundings. The wing mirrors flash when there’s an oncoming car in the next lane, and it’s in a blind spot. Also, the car beeps when you’re in traffic and that bit too close to other cars.

The Ford Mondeo will be available early next year