We’re not doing the usual mobile rumour round-up today because there is virtually nothing of note being circulated in the rumour mill. Most likely this is down to all the announcements that are going on at the IFA conference, where we’re actually getting to see many of these rumoured phones for the very first time. So instead we’ve decided to catalogue the different smartphones that are being announced, and here is everything we know about so far.

We heard many a rumour about the possibility of the Galaxy Note 4 having a curved screen, and it turns out that the leaks were actually talking about a totally different phone altogether, albeit one that has the same specs and features as the Galaxy Note 4 itself. The Note Edge has a secondary curved display on the screen, one that is completely separate from the main 5.7-inch screen. This secondary screen has a number of functions that allow it to act as a notification bar, a clock, camera and video controls, as well as offering seven different displays that are customisable by you. Best of all, if you want to take a quick look at the phone for whatever reason, maybe to check the time, you don’t have to waste your battery turning on the entire display — the Edge screen will show it for you, meaning your phone will go on for longer without dying. The only real downside is that the Note Edge is only available in certain regions, but Samsung was keeping quiet about which regions. So there is a chance that it might not even be available in the UK.

We have heard an awful lot about the Galaxy Note 4, and while it provided the basis for the Galaxy Note Edge, it is a fantastic phone in itself. It comes with a 5.7-inch QHD Super AMOLED display, running on Android L that also includes exclusive Samsung software like the new multitasking features. It has a 16MP camera with Optical Image Stabilisation for clearer photos, a 3.7MP front camera with low light sensors, both of which are able to take images 60% faster and clearer than the Galaxy Note 3. Fast charging has also been included, and means it only takes 30 minutes to charge your phone from zero to 50 per cent, half the time it has taken previous Samsung phones. One major disappointment was that the Galaxy Note 4 only has a minute increase in battery capacity over the Galaxy Note 3 (20 mAh over 3,200 mAh), but Samsung promises that thanks to increased power efficiency the battery will last even longer than ever before. That’s a nice gesture, but it would have been better if the phone has a significant boost to put people’s minds at rest. We don’t know any pricing yet, but the Galaxy Note 4 will be on sale sometime in October.

Microsoft promises that the Lumia 830 is a flagship phone without the price, but is that really the case? The 830 comes with a 10MP rear camera with low light sensors, all fairly good so far, a 5-inch 720p display, a 1.2 GHz Snapdragon 400 processor, 1GB of RAM, a 2,200 mAh battery, 15GB of free OneDrive cloud storage, and well as integrated wireless charging. It’ll cost roughly £264 before taxes are added. Maybe flagship is a bit of a strong word to use, because nothing about the 830 actually screams flagship specs, they strike me as being remarkably mid-tier, possibly even budget tier. That’s not generally a bad thing, but for a price of nearly £300 that doesn’t seem like a very good deal. Plus it doesn’t look any different from all the other Lumia handsets that are out there.

The 730 and 735 are cameras that are focussed on the “selfie crowd”, i.e. people who can’t stop snapping photos of themselves everywhere they go. To accomodate them Microsoft has installed the 730 and 735 with a 5MP wide-angle front facing camera. The phones themselves will have a 4.7-inch full HD display, 8GB of internal storage, microSD expansion, and like the 830 they will have a 1.2 GHz Snapdragon 400 processor, 1GB or RAM, and a 2,200 mAh battery. Pricing hasn’t been revealed, sowe can’t comment on that, but it shuld be significantly lower than the 830 because these phones are designed to be budget handsets. Then again, they may not be because the specs are remarkably similar to the 830 anyway. In all honesty that’s the major problem here, the 730 and 735 are just slightly smaller versions of the Lumia 830 with a camera downgrade

The HTC Desire 820 has a lot going for it right not, not only does it have the brand new Snapdragon 601 64-bit, quad-core processor, it also has some relatively impressive specs for what it supposedly a mid-range handset. The 13MP camera has a low-light sensor, which should drastically improve the quality of the photos you take in slightly dim rooms, it has microSD expansion up to 128GB, the latest version of Android (4.4), and HTC is going to be releasing the much-loved Dot View case for it sometime in the future. That’s not to say it doesn’t have its problems. The 720p display is relatively disappointing, as is the fact that it skips the HTC One M8’s Duo Camera technology is also a bit of a disappointment. But these were most likely done to keep the costs down. It’ll be released sometime this month, and while we don’t know how much it’ll cost it’s mid-range so it’s not going to break the bank when you buy it.

Having a smartphone that doesn’t require a case to keep itself intact is a brilliant idea, and the Cat S50 is specifically designed to keep your smartphone safe and un-broken with it’s shockproof chassis, scratch-proof Gorilla Glass display, IP67 waterproofing, and rust proof metal components. Sounds like an absolute dream for the outdoors-types The problem is that the Cat S50 is going to cost somewhere within the region of £500, and that’s far to much for the specs you actually get. It has a 1.2GHz processor, a 720p display, and 8GB of (expandable) internal storage. Normally these specs wouldn’t be so bad, and many a budget smartphone has similar hardware, but the problem is for £500 you could get yourself something like the new Xperia Z3 which is already waterproof. Throw a protective case around it and you get the same level of damage protection for roughly the same price — the difference being that you have a much, much, better phone. 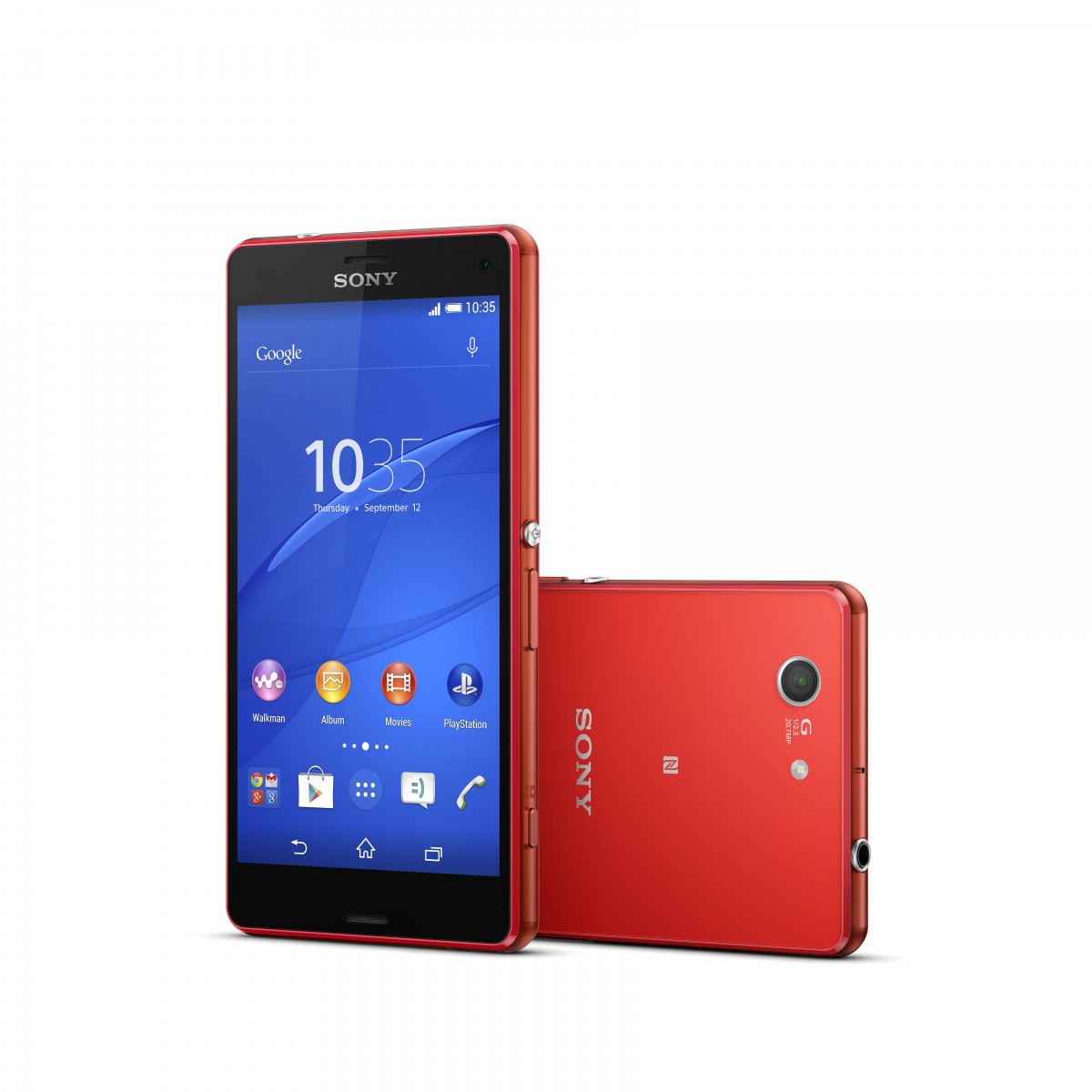 Sony has taken the unprecedented move of unveiling it’s new flagship alongside its smaller counterpart, but that’s not necessarily a bad thing since they’re both essentially the same phone in two different sizes: the Z3 with a 5.2-inch display, and the Z3 Compact with a 4.6-inch display. As with all recent Sony phones, they are both waterproof to IP65/68 standard, and have a two day battery life. Hardware wise they come with a 20.7MP camera with a low-light sensor, a quad-core 2.5GHz Snapdragon 801 processor, 4K video recording, PS4 remote play (which lets you stream PS4 games to your phone), and Xperia transfer which makes it easier to move all your old files and contacts onto the new phone. The only real downside is that it’s rather soon to be releasing an updated Xperia device less than 6 months after the launch of the Z2. We might not know all the specs for the nw phones yet, but they are almost identical to the specs that were included in the Z2. Sure the new features are nice, but it’s not really an upgrade. Sony would have been better off calling it the Z2.5 or something like that. We also don’t have any pricing details, which is very irritating. 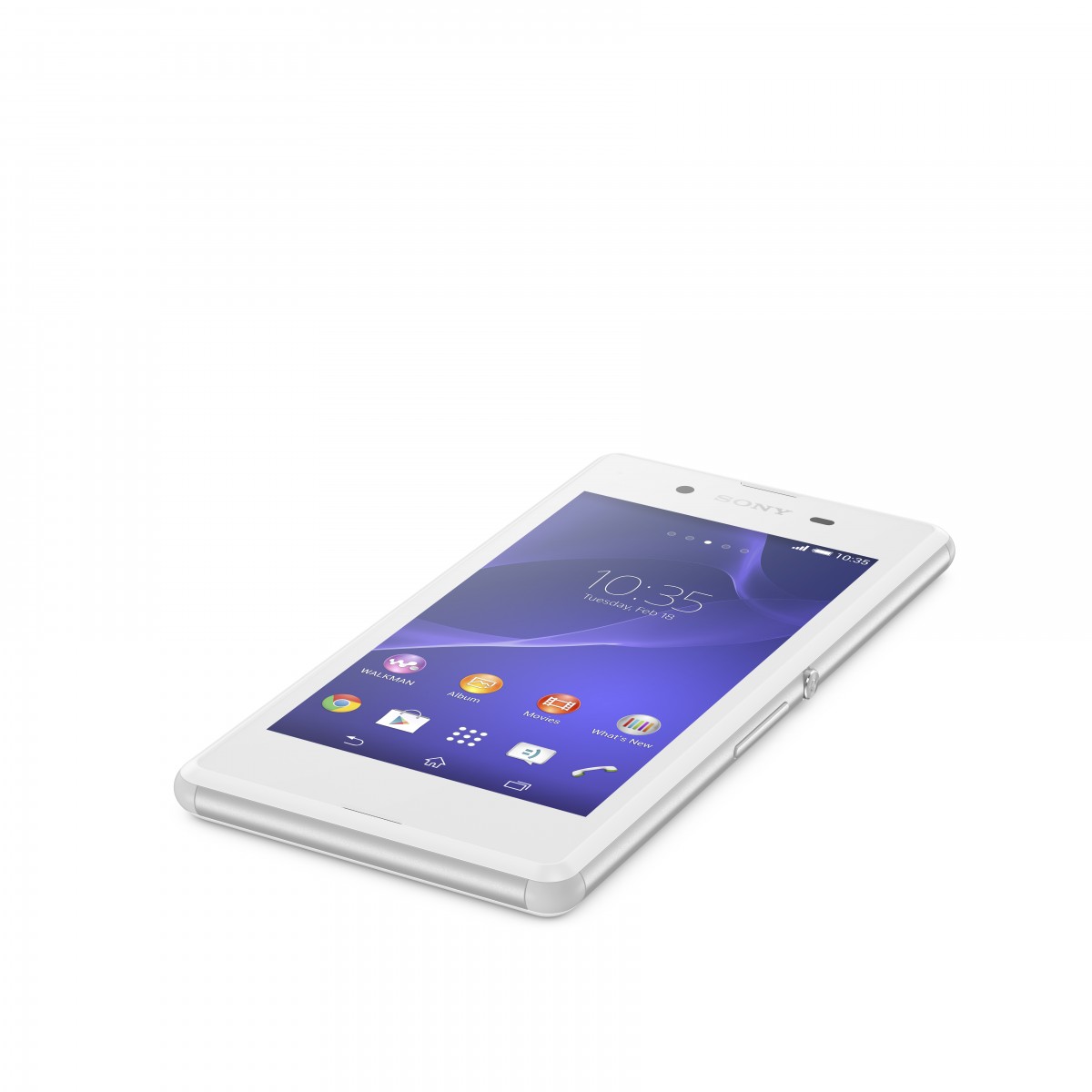 This is Sony’s answer to the ongoing budget smartphone craze, offering an Xperia experience without the price. The specs we have so far are fairly similar to other budget phones, with a 1.2 GHz Snapdragon 400 processor, a 4.5-inch display, a 5MP camera, and 4G. There isn’t much to say about the downsides here, because we don’t know very much. It’s very comparable to other budget phones and until we know the price there isn’t much we can say. That’s probably what’s most annoying then, the fact that Sony hasn’t been very forthcoming with specs for the E3. How can people make up their minds to buy one if they don’t know everything?

ZTE is a fairly unknown brand in this country, but the Chinese manufacturers are starting to break into the Android smartphone market thanks to their low-cost devices. The ZTE Blade Vec 4G has a 5-inch 720p display, a Snapdragon 400 processor, 1GB of RAM, 16GB of internal storage, a 13MP rear camera, a 2MP front camera, a 2,300 mAh battery, and Android 4.4 (KitKat). We don’t know the pricing just yet, but it is virtually the same as many other budget handset, wherein lies the problem. Budget smartphones all tend to be basically the same phone just made by a different person and stuck in a different case. The fact that the Blade Vec has the latest version of Android installed is a massive plus, but hardware wise it isn’t really anything special. I know this is to keep the costs down, but I think it’s about time budget phones started pushing the boundaries of what they can afford to put into each device so they’re not all basically the same.