This is the day many an Apple fan has been waiting for, the day Apple is going to unveil the iPhone 6, and maybe the iWatch. But the launch hasn’t happened yet, and there are still rumours floating around that give us glimpses of what might be happening.

1. China Mobile has leaked a full range of iPhone 6 specs

It seems like China Mobile couldn’t care less about Apple’s secrecy, and have revealed more specifications for the 4.7-inch version of the iPhone 6. What are Apple going to do, not let China’s biggest network sell iPhones? According to the network, the phone will be powered by an A8 processor, have a 720p sapphire glass display, an 8 MP rear facing camera, and a 2.1 MP front facing camera. It’ll also be available in 16, 32, 64, and 128GB sizes, and will be available in black, gold, and white. The network also claims that the phone will go on sale on 19th September.

Now this could all be absolute nonsense, but we don’t have long to wait and find out. Lets just hope it’s not quite this disappointing. [Gizmodo UK]

2. U2 is rumoured to be playing at tonight’s event 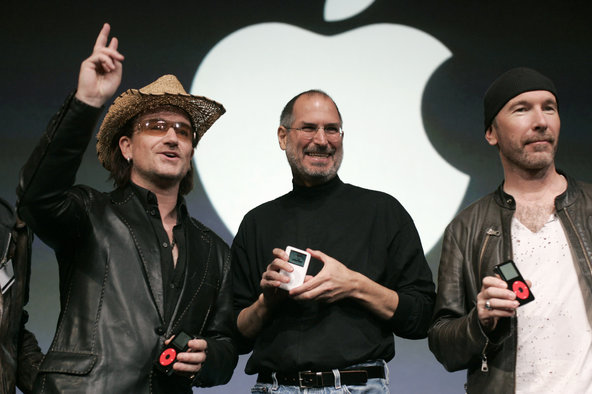 Last week there were rumours that rock band U2 would be partnering with Apple once again to play at tonight’s event, a claim that was denied by one of the band’s spokespersons. Now the New York Times has come out to say that U2 will be involved in the event, and its new album will be somehow involved with Apple’s new products. The difference is that this time, rather than denying the rumours, both Apple and U2 have denied to comment on the matter. But that’s not a confirmation in any way, so we could be wrong. [New York Times via Ubergizmo]