Police could soon be able to take covert photographs and videos of suspects, with the upcoming release of these sunglasses from Canadian wearable tech company Recon.

The Recon Jet is being released this autumn, and in this video, it’s clear to see that the product has been designed with sportspeople in mind – however, the company has announced that it plans to extend beyond this and partner with Motorola to design a ‘Smart Policing’ platform.

The tech-specs have a range of impressive in-built features, such as GPS, smartphone connectivity, HD camera, polarized lenses, sensors which can measure things like distance and elevation, and connectivity to other sensors such as one which can measure heart rate. As Recon CEO told this website, ‘it’s the GoPro of the smartglass world.’

If the Recon-Motorola partnership proves fruitful, it could lead to police officers being able to take photographs and film their interactions with suspects in real-time, rather than having to write them down or attempt to stop and hold information in fast-paced scenarios. For example, a photograph could be taken of a car’s number plate before it drives away.

Technology could be developed to activate an automatic photo-taking function, whereby a picture will be transmitted from the police officer’s point of view to the cloud after an emergency signal from Motorola’s APX two-way radio. The photo could then be viewed by other officers remotely and would be backed up immediately.

Whether or not this would be welcomed by the public is a big question mark, but recent reports have suggested that on-body cameras actually reduce the amount of complaints made against the police – probably because the cameras act like a neutral third party evidencing everything that takes place.

Regardless, this is an exciting product which could be really popular with athletes. Find out more about pre-ordering one here ($599). 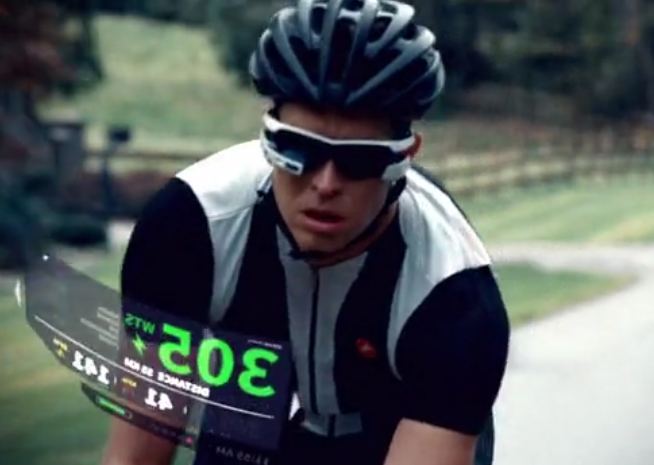 Main image via swong95765 at Flickrcc.