Today LG has launched a quirky new YouTube ad all about what the new LG G3 Beat handset can do, and the brand showcases all of its awesome features through a fun love story. However, it’s not this refreshing approaching to advertising a phone that’s got everyone talking about the ad today, but the fact the tech giant has effectively leaked that it’s releasing a new LG GS Stylus phone alongside the regular LG G3 and G3 Beat right at the end of it. (Whizz along to 2:48 to see what we’re talking about or just take a look at the screen grab below.)

First spotted by the team at Cnet, that final line-up of the three new devices is big news for fans of big phones. Although no official details have been shared (we’ll keep you posted), it’s clear the LG G3 Stylus is head and shoulders above the LG G3 and that’s got dimensions of 5.76 x 2.94 x 0.35 in, so we’re looking at a pretty hefty ‘phablet’ that comes with its own stylus.

Cnet believes the video might be pulled soon pending a more official announcement, so watch it while you can. Unless it was a deliberate way of teasing big phone fans? We highly doubt it! 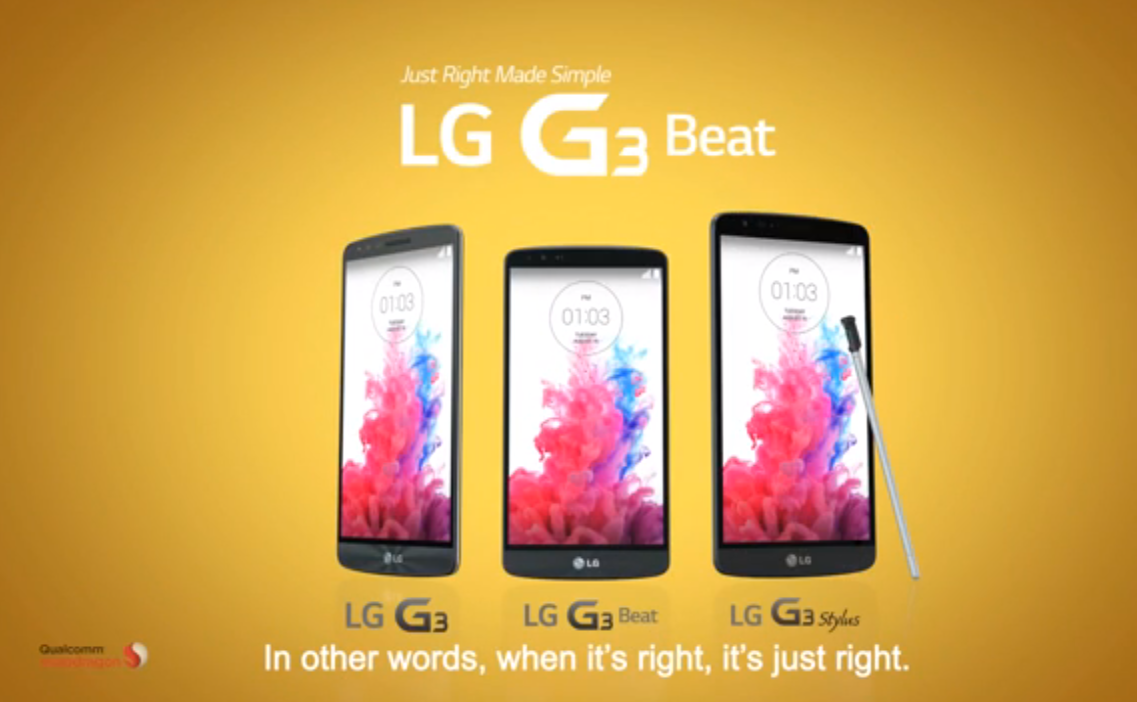