We all want to be able to fiddle around with out photos once we’ve taken them. Whether it’s to try and correct the lighting, enhance the colours, or mess around to make it look like you’re being chased by a bear. The stuff like Photoshop is either expensive, or comes with a relatively expensive subscription, meaning it’s not the kind of thing you can afford if you’re not going to be working with images on a regular basis. Fortunately there is a lot of free software out there that can do pretty much the same thing, and here are five of the best.

One of the most popular free options out there, GIMP offers one of the most extensive selections of photo editing tools that you can get your hands on without forking over any cash. Included are tools for colour correction, altering brightness and contrast, red-eye removal, sharpening and blurring, as well as the layering tools you need to ensure you can add or remove objects from your photos. The artsy types out there will also be pleased to know that GIMP comes with tools that allow you to add effects to your photos, like turning it into an oil painting.

One of GIMPs biggest let downs is that it is incredibly difficult to get your head round if you’re a total novice, but there are a lot of tutorials available online if you have the patience.  Despite that obvious flaw it also has one major advantage: it gets updates rather frequently. So at least you won’t be stuck with a buggy piece of software that has no hope of ever getting fixed. 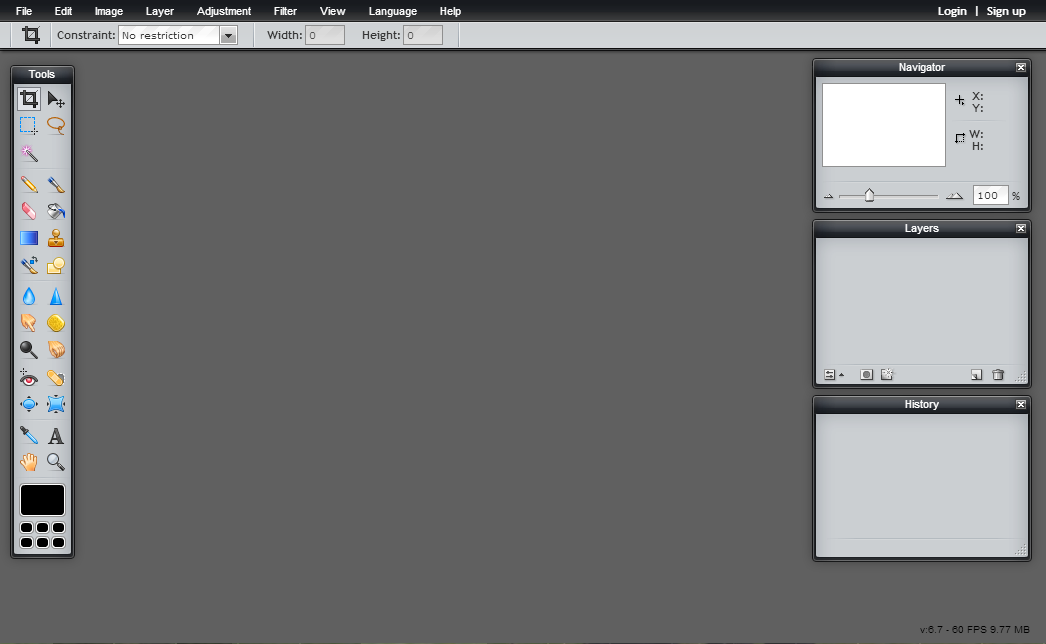 Maybe downloading software isn’t really your thing, you’d rather have something casual that you use when you need it and doesn’t take up  a lot of storage space. In that case you can’t really go wrong with pixlr.com. As the name  suggests, pixlr.com is a browser based image editor that functions in much the same way as GIMP. Included is pretty much every function you’l need: colour correction, contrast and brightness manipulation, and red eye removal. Plus, unlike a lot of browser based image editors, it does include layering tools for your manipulation needs.

It’s a decent no frills, no hassle image editor, and the fact that it’s in browser means you don’t have go through the hassle of waiting for it to install and load up before you can do anything. 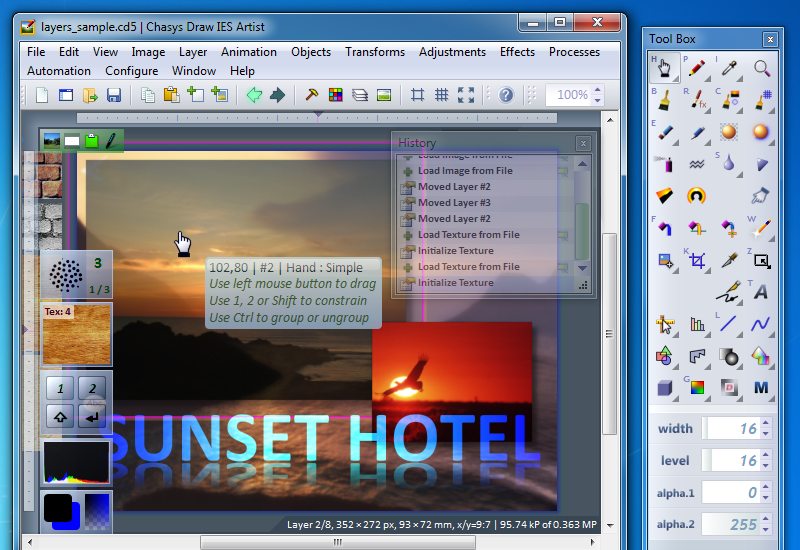 It’s a weird name, but as the saying goes don’t judge a book by it’s cover. This may be a free editor but it also comes with a huge array of features that you are unlikely to find in other free products. There are extensive paint and drawing tools, stronger support for layering than most of the competition, special effects, and , most importantly, support for Photoshop plug-ins. That’s right, the add-ons that you can add to Adobe’s image editor can be used with Chasys Draw. Not all of those are free, but the fact that you have the option to use them is something that should make you seriously consider this as your image editor of choice.

If that wasn’t enough to make the photographers out there want to use Chasys Draw, it’s also compatible with RAW format photos — meaning you can take the very best shots without having to worry about converting them into something like JPEG before you get to edit them.

This is one geared more towards the people who are interested in touching-up an image rather than full scale editing, but that doesn’t mean it should be ignored. It does have a some editing features as well, most of which are designed to help make your pictures more artistic rather than professional. One of the key features is Photomask, which allows you to apply contours and transparency effects to your pictures. Another are the filters which allow you to alter the pitch and hue of selected parts of the photo, rather than the whole thing.

It’s not one that many expert photographers will choose, but if you want something that will help prettify your pictures and make them a little bit more interesting to look at, then you can’t go wrong here.

This one doesn’t really look like much but don’t let the XP-era toolbars fool you, it’s a great little piece of software for adding effects and messing around with image colours. Not only does it have a large number of painting tools and colours, it also has effects that you can configure yourself. Some of these effects are more fun based, like fireworks and bubbles, whereas others are for more serious image manipulation. But if that’s not enough to spark your interest, Photo Pos Pro also includes a scripting tool which allows you to automate a lot of common editing tasks. That can be especially useful if you’re doing a lot of photos in one go.

It doesn’t look like much, but the looks are deceiving. It might not be the most extensive image manipulation software around, but it does have a number of tools and features that make it incredibly useful for amateurs and pros alike.