Today is World Population Day, a United Nations event set out to raise global awareness of our rapidly growing population. Since there was significant public interest on the same date in 1989 – dubbed ‘Five Billion Day’ as it was the date that roughly marked when the global population hit five billion – it’s been observed every year.

Today, there are more than 7.2 billion people in the world, and this amount increases by 2.3 people every second. The latest UN estimates predict it’ll reach eight billion by 2024. Just six countries – China, India, USA, Indonesia, Pakistan and Brazil – account for HALF the world’s people, with more than one in three people being Chinese or Indian.

So there are some population facts – but what about when it comes to gender? We tend to assume that the natural female to male ratio is fairly even. But there are places in the world where this is not the case (see map below), and imbalances manifest in other ways too. 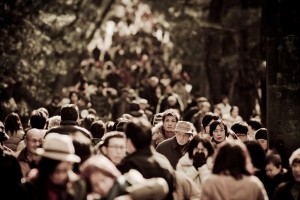 With a population currently standing at more than 1.35 billion, China is still the most populated country in the world despite its government’s desperate attempts to curb growth in the 1970s. The famous one-child policy was codified in 1979 after a terrible famine in 1962, which was caused by a population boom that outpaced its food supply.

Today, China’s fertility rate has dropped from 2.63 (in 1980) to 1.58 live births per woman, which is less than the UK (at 1.98). So it seems that the policy has worked – or at least has had some influence. However, as has been widely reported, one of the unintended consequences of the policy is a worrying gender imbalance – a tradition of preference for sons to carry on the family name has led to sex-selective abortions or even female infanticide, leaving a gaping gap between the sexes: 117.78 boys for every one hundred girls in 2011. That’s a lot of (in)eligible bachelors. 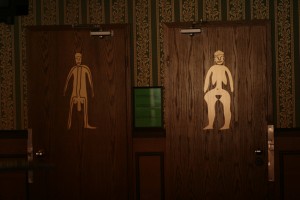 Estonia is famous for having far more females than males. In 2012, there were 600,526 males and 693,929 females throughout the country; the capital, Tallinn was home to 230,154 women and just 185,990 men. Some speculate that this is because the country hasn’t recovered from losing male soldiers during the World Wars. The Eastern European country also has a very low birth rate. 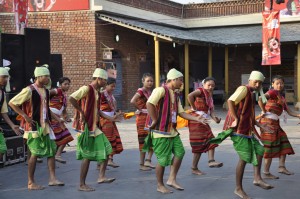 Although some Indian states report alarming gender imbalances as a result of illegal sex-selective abortions, the Khasi society is gender imbalanced for a different and rather compelling reason. It is unique in that women traditionally occupy a higher status than men – unlike almost every other part of the world.

The Khasi tribe of Meghalaya, in north-east India, is what’s known as ‘matrilinieal’ – where authority, title, inheritance, residence after marriage and succession are traced through the female line. Women are heads of the families and have greater control over assets, and wealth passes from mother to daughter. Families actively celebrate when a daughter, not a son, is born. The matriarchal set-up has even led a small band of male suffragettes to campaign for equal status. Sound familiar? 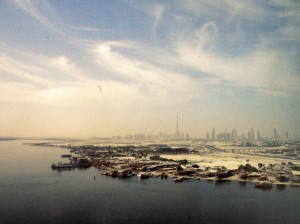 The UAE has one of the most skewed gender ratios in the world – and it’s mainly attributable to the huge number of male expatriates in the nation’s workforce. Between the ages of 16 and 65 there are 2.7 males for every one female – people are attracted to work there because the UAE does not have any federal income tax legislation. None that’s enforced on general business, anyway! 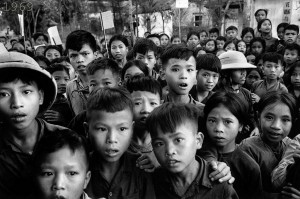 It is seen as a ‘duty’ in Vietnam for a man to leave at least one son in his wake. According to a UN report in 2011, sons are preferred to daughters (like in China, and many other Asian countries) because they continue the family line, worship ancestors, support elderly parents and inherit family assets – and this way of thinking has been passed on from generation to generation, making it difficult to change. The sex ratio at birth stood at 112.6 boys to 100 girls in 2013, and the country’s Ministry of Health has warned that if this is not altered, Vietnam will suffer from a shortage of four million brides in 2030.