This year is going to be a big year for Apple, especially with the much expected launch of its new handset, the iPhone 6. But what do we know about the iPhone 6? Rumours and speculation have been rampant across the internet, and it can be difficult to keep up with them all. Here we’ve collected six of the most important and prominent iPhone 6 rumours currently on people’s lips.

1.There will be the usual over-the-top expensive versions 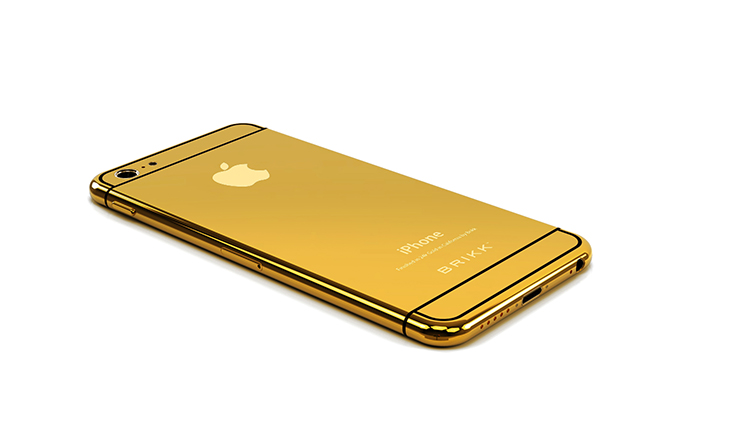 It’s becoming more and more common for sought after flagship phones to be smothered in bling and sold for a ridiculous amount of money, the iPhone 6 is no different. It might not have even been announced yet, but you can go online right now and pre-order yourself an iPhone 6 make of 24-carat gold, platinum, or pink gold from retailer Brikk. Each comes with a diamond encrusted Apple logo and will cost you $4,495 (£2,647) or £8.795 (£5,180). For those of you who can afford one of these super-cheap handsets, they’ll start being shipped around a month after the iPhone 6 is released. While we still don’t have an exact date, Brikk states that this will be sometime in Septemeber of October. [CNET]

The general consensus has been that Apple is working on two different models of iPhone 6, one with a 4.7-inch screen, and one with a 5.5-inch screen (tentatively known as the iPhone Air). Rumours have been circulating that the iPhone Air would be delayed, but for different reasons. Some say it was down to Apple having issues ensuring the guts are thin enough to meet its expectations, and others say that it was due to issue with the sapphire glass screens. New rumours have come about that state the release will be intentionally staggered. The report says that this is to prevent a sales clash which happened with the simultaneous release of the iPhone 5S and 5C, and it’s something Apple doesn’t want a repeat of. Whether this will be true or not we’ll have to see, but it would sort-of (maybe) make sense that Apple wouldn’t want two of its own handsets in direct competition. [PhonesReview]

3. The iPhone 6 will be the first Phone to include NFC Rumours have been circulating for a week or so about Apple’s plans to introduce its own digital wallet, and not long afterwards rumours started spreading about the iPhone 6 including hardware for NFC (near field communication), technology that other manufacturers have used to allow people to use their phones for contactless payments. The site responsible for the rumour, Nowhereese.fr, showed off the above picture to support the rumour, but its unclear where the NFC chip is actually visible. However, considering NFC is already in widespread use as a method of contactless payment, it makes sense that Apple would utilise it rather than trying to make its customers use a totally different, unsupported, system. [Nowhereelse.fr]

4. Some say both models with have a sapphire glass display, other say only the iPhone Air will

It’s been heavily rumoured that the iPhone 6 would have a display made of sapphire glass, a form of glass derived from sapphire that is much harder than the Gorilla Glass used by other phone makers, but as we know there are probably going to be two models of iPhone 6, and we don’t know which will have a sapphire glass display. Thanks to reports of manufacturing issues and trouble getting hold of the correct displays, rumour has it that the 4.7-inch iPhone will not be including sapphire glass, only the 5.5-inch iPhone Air will be. Apparently there just isn’t enough to go around, and Apple made the decision to restrict the material to the premium model. [PhonesReview]

5. What about the price? It’s an important thing to consider when looking into a new phone, but how much will the iPhone 6 be? Don’t get your hopes up for a cheaper phone though, since Apple tends to release its new phones at roughly the same price as the old ones. By that logic, the 4.7-inch iPhone 6 should be somewhere in the region of £549 for 16gB, £629 for 32GB, and £709 for 64GB. The problem with this is that previous iPhones have all had similar screen sizes, and with both models of the iPhone 6 being considerably larger that their predecessors, estimating the price could be tricky. It might be that the 4.7-inch model is the same price as we’re used to, with the 5.5-inch, super thing, sapphire glass toting model being roughly £50-£100 more expensive. But that’s all speculative until the official announcement. [ExpertReviews]

Current rumours have 12th of September down as a speculative release date, but other sources claim that it’ll be released on the 20th of September. It’s worth noting that none of these claims come with any hard evidence, just rumours and whispers from people supposedly in the know. Chances are we won’t find out an exact date until Apple itself makes an announcement, but considering the release window for the iPhone 5, 5C, and 5S, September/October is probably the best bet. [KnowYourMobile]