Ask your friends, your colleagues and your family whether having apps constantly at their fingertips has massively benefitted their lives and even the most sceptical are bound to say “hell yes.”

From communicating with people all over the globe, to finding directions when you’re lost, to navigating your way through a busy work schedule, to keeping your fitness goals on track, the list of the ways apps have actually changed our lives for the better is pretty much endless.

But what about just one app?

Well, it sounds like a bold claim. But, when the shinyshiny team were invited to The Royal Society of Medicine to attend the launch of V2 of the mindfulness app Headspace, its dedicated followers all seemed to agree that yes, an app really can change your life.

Launched back in 2010, Headspace was dreamed up by former Buddhist monk Andy Puddicombe and creative developer Rich Pierson (both pictured below). For them Headspace was a way to introduce the age-old discipline of meditation into the mainstream and help people to focus more, sleep better, stress less and live a happier, healthier life. 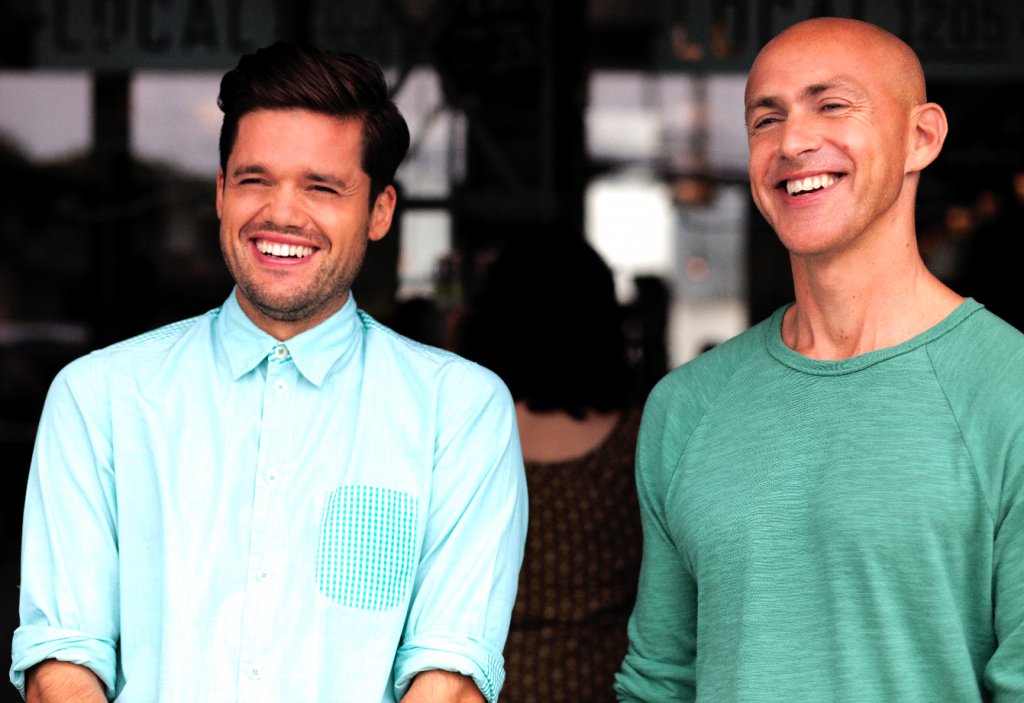 Headspace is so appealing because it’s meditation made easy. You don’t have to chant, light incense, dress like a monk or take part in any other weird misconceptions we all have about meditation in the western world. To begin with, it’s just about taking ten minutes each day to be with yourself. Simple, right?

Well it may not be simple, but if Headspace’s adoption rates are anything to go by the idea that we could all lead happier, stress-free lives with the help of an app is certainly appealing.

According to stats revealed at the event, the app currently has more than one million active users across the globe in 150 countries. But the Headspace team weren’t just shouting about user numbers, they also revealed a huge 61% of these users are using the app every 1-3 days, which you have to admit is pretty impressive given how often we download some apps and forget about them just minutes later.

And it’s clearly not just individuals who notice a benefit when using the app, because Headspace has also teamed up with big brands to deliver the same experience in unexpected places, like in Virgin Atlantic flights to calm the nerves of those scared of flying, and huge companies in an attempt to ease corporate stress.

The launch of V2 couldn’t have come at a more encouraging and magical time for the team. With download rates soaring, the Headspace guys explained that it made sense to improve on the experience and make the app more accessible than ever. 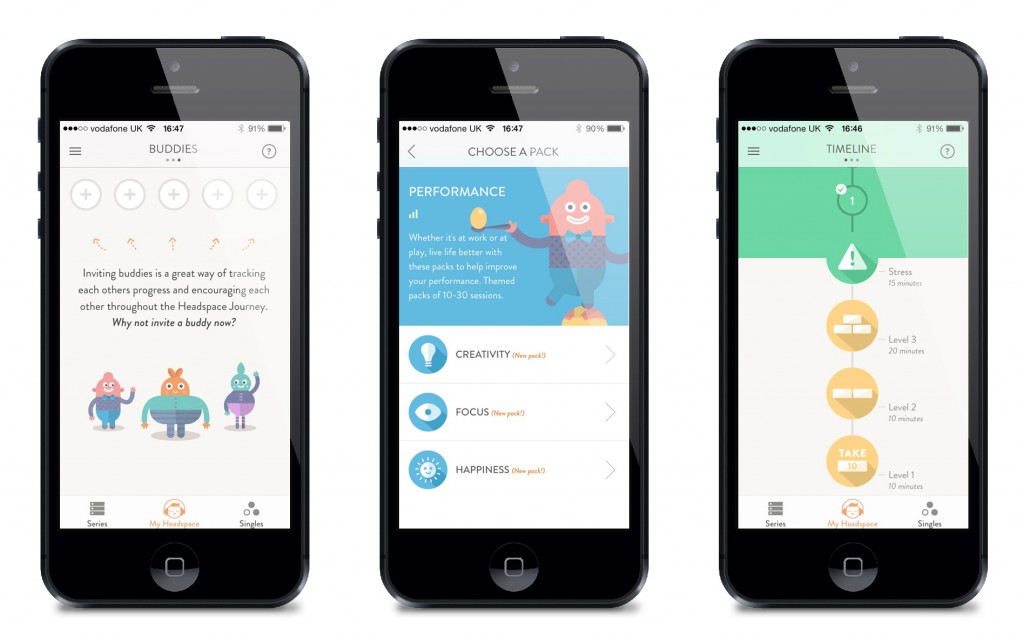 Here are just a few of our favourite V2 features:

A more personalised and natural experience. We’re big fans of Headspace at shinyshiny, but at the moment it’s a very linear journey. You start on day one, move to day two and can’t really play around with anything else. Version 2 turns that model on its head and allows you to pick and choose which kind of meditation you want to complete depending on how you’re feeling.

SOS meditations for OMG moments. Once you get used to Headspace it feels great to take time out of your day to meditate. But we all know the world is far too hectic and stressful to fit little calm chunks into each day, which is why we’re glad the new SOS feature exists. It’s basically a lifeline for those “OMG WTF” meltdown moments and provides you with two minutes of guided meditation to keep you sane.

On-the-go meditation practices. In this same way the world isn’t always calm and peaceful, there’s often not enough hours in the day to slot in your meditation practice either. This is why there are now on-the-go sections, which allow you to get a bit of Headspace whatever you happen to be doing: walking, commuting and even cooking.

Buddy up with people close to you. The Headspace team explained that there aren’t any social sharing features built into the app, because meditation is much more personal. But instead, you can invite five “buddies” to share your Headspace journey with you and encourage each other along the way.

Who else uses Headspace?

The event was full of dedicated Headspace followers, psychologists and doctors who helped build elements of the app and media specialising in wellbeing and the mind. However, for those ever-so-slightly doubting the power of meditation and mindfulness, a panel of inspiring and influential individuals who have experienced the benefits of Headspace themselves took to the stage for a panel discussion.

We were lucky enough to sit through the discussion with Arianna Huffington, the brains behind The Huffington Post, Etienne Scott, an Olympic gold medallist and Dr. David Cox, Headspace’s chief medical officer.

They covered a wide range of topics, including whether mindfulness is a trend, how to work with large teams and organisations, how meditation can help with athletic training and performance and Arianna even explained that Headspace and mindfulness played a key role in influencing some of the content in her new book, Thrive.

As it’s already becoming amazingly popular, we imagine a revamped app and updated user experience is just what Headspace needs to catapult it further into the mainstream, and eventually make meditation a normal part of our daily routines. And if you were wondering the general consensus was that mindfulness isn’t just a trend given it’s been around for thousands of years, it’s just a lot more accessible now you’ve got the Headspace creatures in the palm of your hand to explain everything to you! (If you’re not aware of the Headspace creatures, they’re adorable little animations that talk you through the basics of meditation, take a look at the app screenshot above! Adorable, right?).

If you haven’t heard of Headspace before, I recommend you start by watching Andy Puddicombe’s TED Talk, which has clocked up more than 3.5 million views.

To download Headspace visit www.getsomeheadspace.com, you can access it on your mobile as an app (this is what most people do) or listen to the guided meditations via the web. V2 of Headspace will be out on the 26th of June. However, if you’re already a fan, don’t worry, you can stick with the old version until you’re at the end of your current programme.