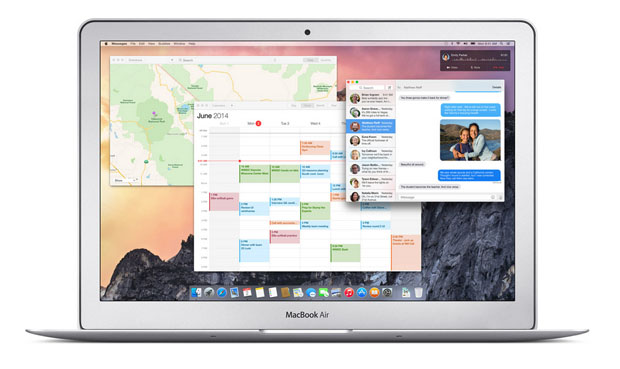 Apple kicked off its Worldwide Developer Conference with an exciting look at the future of OS X and iOS on Monday. Although rumours had been circulating about possible hardware launches (two sizes of iPhones, an iWatch and a new MacBook), the event was all about the big software announcements and here’s our roundup of everything you need to know: 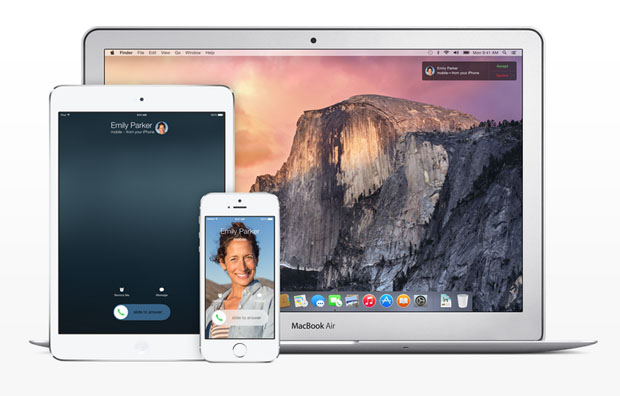 Apple wants to make it as easy as possible to move between devices in its ecosystem, so it’s made a bunch of changes to OS X and iOS that allow for seamless transitions. Your iPhone, iPad and your Mac will be able to work together like never before, allowing you to move between devices to share photos and files with an updated Airdrop and pick up where you left off in apps and Safari with the Handoff feature.

However, the big wow moment at the conference keynote came when Apple’s senior vice president Craig Federighi showed that you can now use your Mac to take calls from your iPhone, routing the audio through other Apple devices regardless of whether your mobile is right next to you or charging on the other side of your house.

Federighi also explained that the iMessage experience is so seamless between devices, but regular texts from other phones fragment everything. The answer? Well regardless of which device your friends and family are using, your iPhone will now relay any kind of message to your iPad and Mac too, meaning everything is in one place even if your mate is using an Android phone. 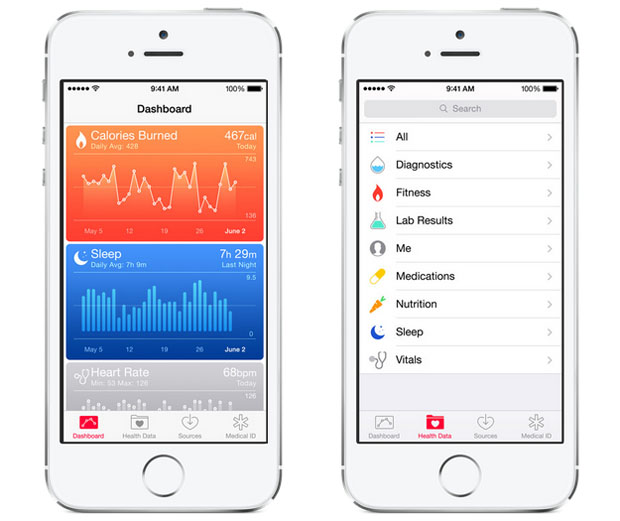 Last night Apple unveiled its new app called Health, which provides you with an easy-to-use dashboard packed full of data all about your health and fitness. Health tracks all kinds of metrics like your heart rate, calories burned, blood sugar levels, cholesterol and you can access everything with a single tap, as well as create an emergency card full of all your important health data. 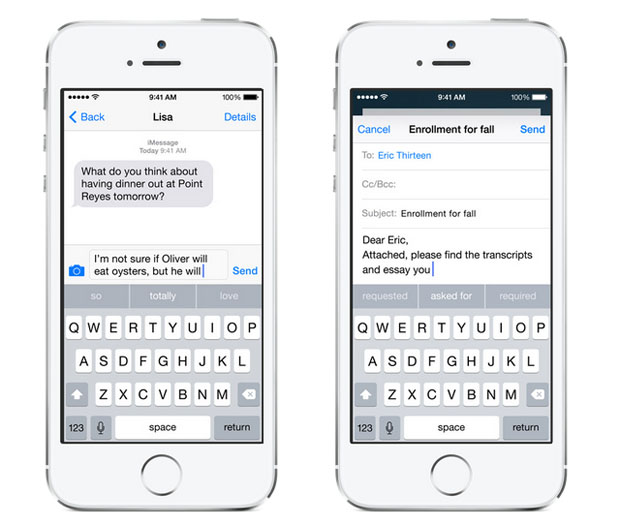 You’ll no longer have to think about what you want to type, because your iPhone will already know

This week Apple announced QuickType, a new predictive typing keyboard for iOS 8 on your iPhone. But it’s not just guessing the next few letters or the word you’re starting to type, instead it’s guessing what words you want to use based on past experiences and the context of the sentence.

QuickType actually gets even more clever than that by learning how you talk within certain apps, figuring out that you’re maybe more formal in Mail than you are in iMessage and tailoring your language accordingly.

If this all sounds a little familiar, then it’s maybe because it is. Many of QuickType’s features are the same, but the third party app is for Android users as apposed to iOS.

If you have your Mac and iPhone with you, you’ll always be able to get online

As well as working together to allow you to access apps, mail and take calls seamlessly, Apple is adding in another feature to make your Mac and iPhone BFFs: Instant Hotspot. All you have to do is turn the personal hotspot on your phone on once, then from then on your Mac will be able to recognised wherever you are. 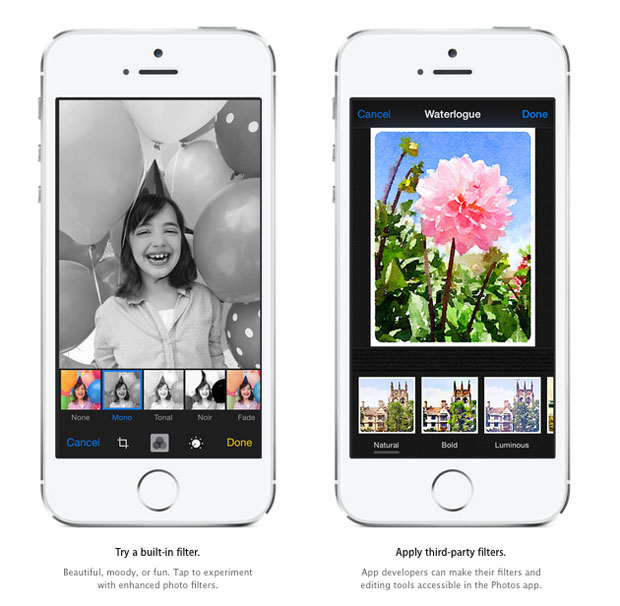 Editing your photos just got a whole lot easier

If you’re anything like me, you’re used to taking photos with your iPhone and then opening them up within other third-party apps to tweak them. But now in iOS 8, you’re able to crop your images, change orientation, make a load of basic enhancements and even add a range of Apple designed filters. However, third party developers and apps you already love can still get a look in – now their filters will just be available from directly within the Photos app. 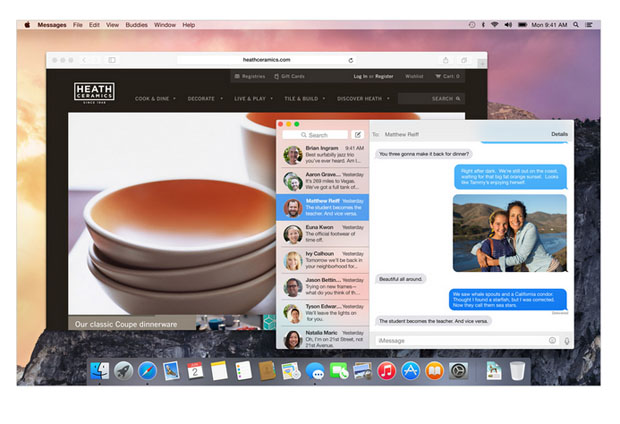 OS X Yosemite has had a whole raft of new features packed into it, but design fans will be particularly interested in how it looks. The new style mimics iOS, providing users with a clean, flat look and a lot of translucency options so you can see what’s going on elsewhere on your interface. Sound a little distracting? Well don’t worry because there’s also a “dark mode” that’ll black out all of the things that might annoy you to keep you on track. 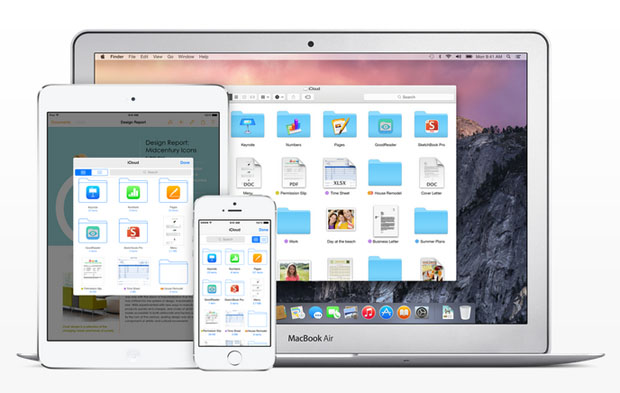 iCloud Drive is set to be your new favourite storage services, so long Dropbox!

Many of us are used to storing important documents in iCloud, but now the experience is set to get much easier with iCloud Drive. The cloud storage service allows you to keep all kinds of images and documents safe and access them from pretty much any other device – even if it’s not an Apple product. The user experience is now the same as Dropbox too, which allows you to move things around within folders and group together documents for easy categorisation. 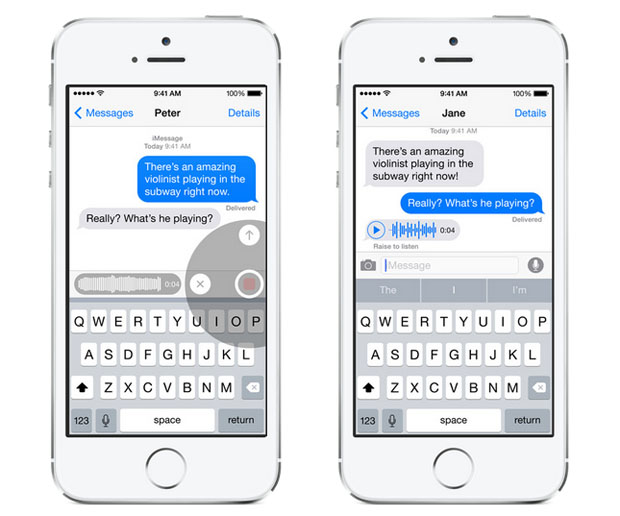 iMessage will soon have all the features you love in other apps: video, audio, groups, location

It seems like the Apple team is keen to take all of the features we know and love from other popular messaging apps and pack them into the new iMessage experience. New additions include creating audio clips, naming group conversations, sharing location, recording a video with a simple tap and even sending short self-destruct messages, just like Snapchat. 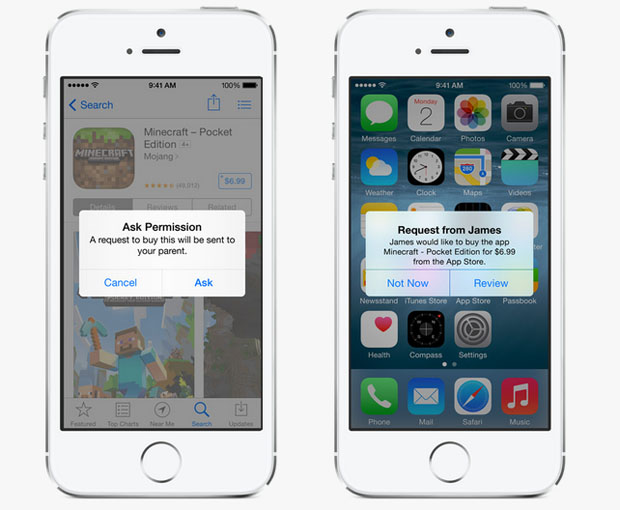 Once a family signs up for Apple’s new Family Sharing feature they’ll be able to access each other’s apps, movies, books and TV shows, regardless of which device they’re using.

This has loads of positive benefits, like organising schedules, keeping a tab on where gadgets are and creating collaborative photo albums.

However, it also gives parents more control over what their kids are up to, by introducing app buying restrictions and location sharing – probably as a reaction to the stories you read in the press about eight year olds clocking up massive phone bills buying extras for Angry Birds. 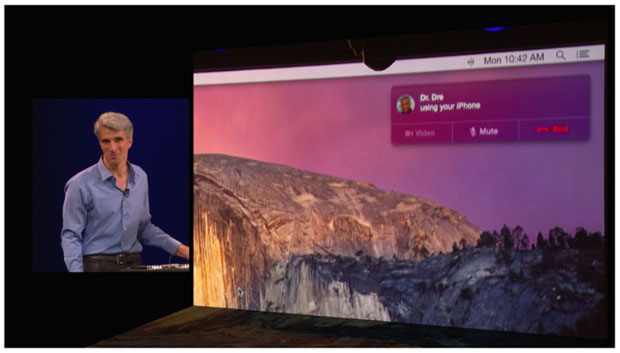 And finally, senior vice president Craig Federighi proved that just because you’re an Apple whizz it doesn’t mean you’re funny after a few jokes about good-looking trash cans, Dr. Dre and trips into the wilderness left everyone laughing nervously.