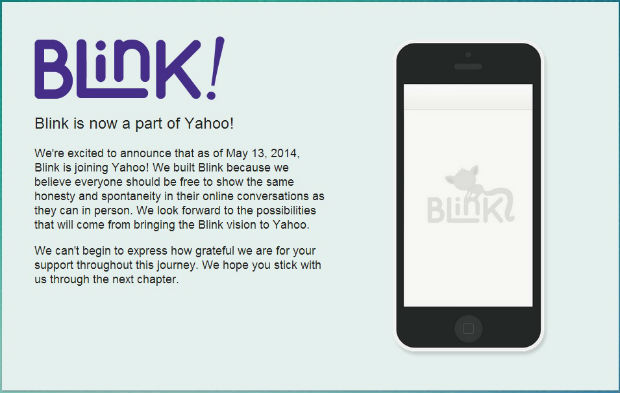 Yahoo has acquired Blink, an app that allows users to share messages that self-destruct, in order to poach the talent behind it.

The app will be shut down in the coming weeks so that Blink’s seven-person team can work on Yahoo’s ‘smart communication’ products, but details of the deal have not been disclosed.

Blink’s users can exchange texts, photos and videos that can only be viewed within a certain period of time before it self-deletes. A timer starts after the recipient taps their screen to open the message.

On its website, Blink wrote: “We built Blink because we believe everyone should be free to show the same honesty and spontaneity in their online conversations as they can in person.

“We look forward to the possibilities that will come from bringing the Blink vision to Yahoo”.

Snapchat reportedly received a multi-billion dollar offer from Facebook last year, but declined it, so we’re excited to see how Yahoo’s acquisition of Blink changes its products in the future.