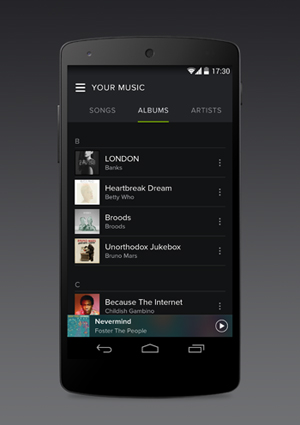 Anyone using Spotify on their Android phone will have been prompted to upgrade the app today, because according to the US arm of the popular streaming platform, it’s been hacked. But before you start changing your password and worrying about the safety of your guilty pleasures playlists, it seems only one person’s data was compromised.

In a rather dramatic move for what appears to be just a single security breach, Spotify has made a public announcement informing its users of the hack but explaining no financial, password or payment information was accessed.

In the same statement the team assures its users that it’s doing everything it can and takes security VERY seriously:

“We have taken steps to strengthen our security systems in general and help protect you and your data – and we will continue to do so. We will be taking further actions in the coming days to increase security for our users.”

Oh and before you start wondering whether you’re unlucky enough to be the one in ten million who got hacked, then fear not, Spotify assures us that the victim of the breach has already been contacted.