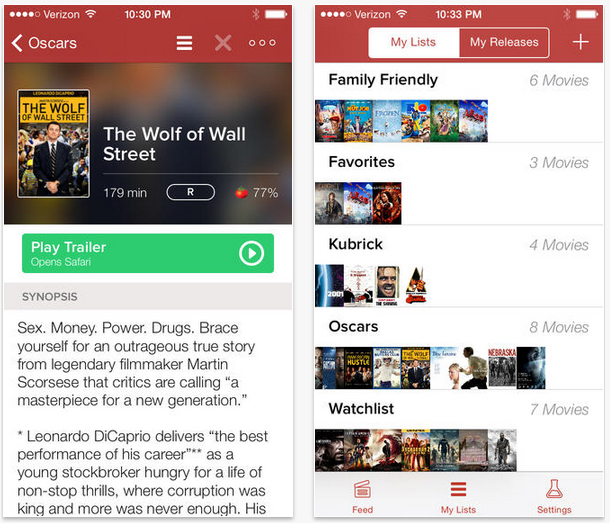 There are some productivity apps that look and sound great in theory, but then just a few weeks down the line we’ve opted back into using our notes app, or even an ACTUAL notebook to record our thoughts, lists and things we must do.

Moviedo could be different. Although it’s essentially just creating lists of movies you want to see, which you can arguably keep anywhere, the app also serves up recommendations, lets you create lists for certain occasions, alerts you when movies you want to see are at the cinema, tells you if something you want to watch is currently on Netflix and even ranks your choices based on those all-important reviews from Rotten Tomatoes.

For those with a casual interest in movies it probably isn’t worth it, but for die-hard movie fans who like to be kept abreast of the latest new releases or who like to hunt for hidden gems, we think Moviedo might just be your favourite new list-making app.

Moviedo is available for free from the iTunes store, but only for a limited time. We’re not sure what that really means in terms of days, but it’s definitely spurred us into downloading it ASAP.