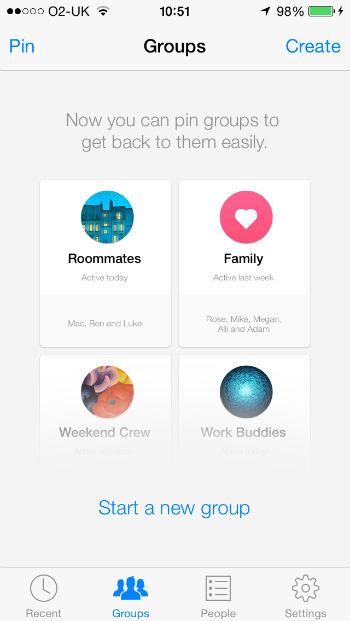 You’ll have probably noticed that Facebook is rapidly forcing you to download its Messenger app to carry on chatting to your friends, and Mark Zuckerberg is now taking his sneaky plan even further by enticing us with a shiny new update.

In its quest to become more and more like Whatsapp, Facebook Messenger now allows you to send videos directly from your device’s Camera Roll to friends, so the videos can play in the app. There’s also an instant photo sharing feature, which means you can take a photo and send it in a single tap.

The best part of the Version 5.0 update, however, is the improved search feature, which allows you to make groups in order to find the people you want to chat to easily; reminiscent of the “best friends”, “school friends” and “family” groups we had back in the good old days of MSN.

If you’re one of the stubborn Facebook users trying to get out of having two separate apps – we’re not entirely sure why this is necessary either – and still want to use Facebook chat from your phone, we’re sorry but you’ll have to download Messenger, as the chat functionality is about to be removed from the Facebook app altogether.