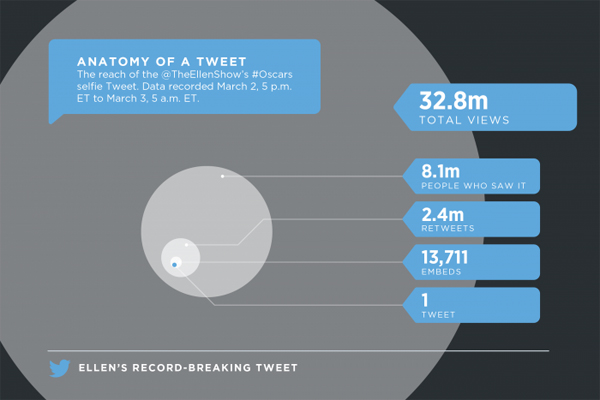 Twitter has gone all technical on us to prove just how HUGE Ellen DeGeneres’ selfie tweet from the Oscars really was.

And Ellen’s now super famous tweet? Well it’s definitely the most retweeted in history (and by history we obviously mean since Twitter was set up in 2006) now topping 3 million. That means it was seen by an audience of more than 8.1 million people across Twitter.com and Twitter’s mobile and desktop apps. However, it’s also been embedded on 13,711 web pages, so if we’re counting those views of the tweets too, then according to Fleischman that’s a combined impressions figure of 32.8 million for Ellen’s tweet.