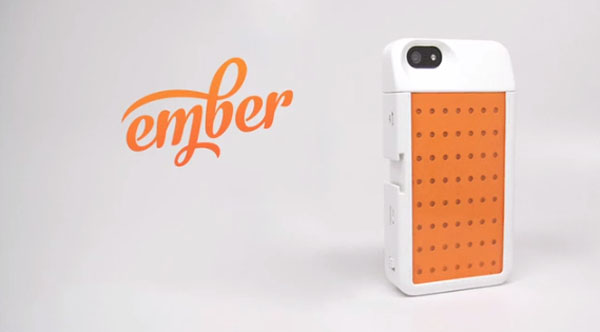 Although the cameras built into our iPhones are slowly evolving with each model, we can still all agree that night time photos look REALLY lame. If you don’t put the flash on then you’re left with dark, indistinguishable blurs and if you do you’re left with an unflattering image that makes everyone look much more pale, shiny and terrified than they are in real life.

This is why we love Ember, an LED iPhone case that casts a nice warm glow over your subjects rather than a glaring white light. The team behind Ember are currently seeking funding on Kickstarter and according to their page the compact case is packing 56 LEDs and can provide a light that’s ten times brighter than the iPhone’s flash. The reason it casts such a flattering glow is that it also has a built-in diffuser, to soften and spread light evenly (check out the comparisons below for proof).

The case works independently from the iPhone itself, so there’s a slider for the brightness amount, a slot to add in your own colour filters and a separate battery, which charges through a micro-USB port.

We have to say that the case looks a little bulky from the back and sides, but we won’t be too picky until we’ve tried it out for ourselves.

You can take a look at Ember on Kickstarter here. There’s a whole day to go before the funding ends, so get donating and for $59 you can get your hands on one of your own. 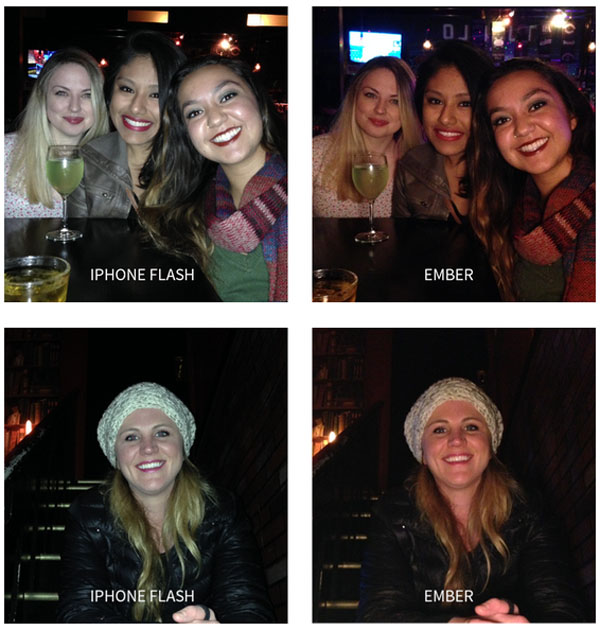