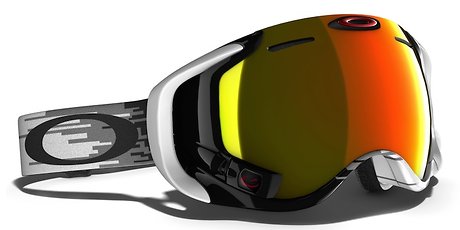 Just a week after Google published its kinda cringeworthy list of Google Glass Myths, that addressed outlandish claims like “Glass Explorers are technology-worshipping geeks” (you said it guys, not us), it’s been revealed that the tech giant has signed a deal with Luxottica, the company behind brands like Ray-Ban, Oakley and Burberry, to design versions of its achingly geeky really cool and hip spectacles.

A statement on the Luxottica website reveals it “will join forces to design, develop and distribute a new breed of eyewear for Glass” and name drops both Ray-Ban and Oakley as the pioneering brands – of course the latter is a natural fit given it’s already ventured into the wearables market a number of times in the past.

But the deal isn’t just interesting because Oakley and Ray-Ban collaborations might inject some much-needed style into Google Glass, but Luxottica’s retail brands, like Sunglass Hut, could also make distributing the geeky googles to a mainstream market much easier.