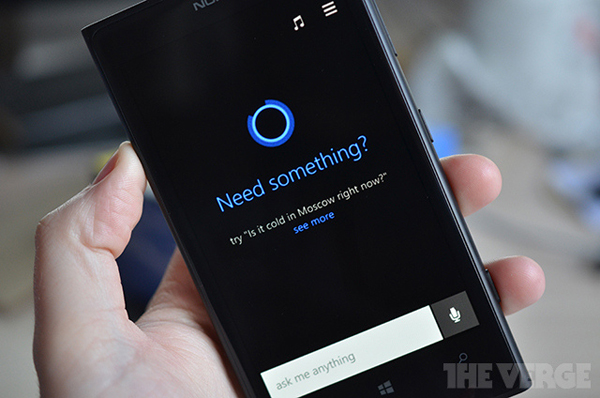 Microsoft’s new voice-activated personal assistant, called Cortana, is expected in the upcoming Windows Phone 8.1 update and The Verge got its hands on a set of leaked images that reveal the Siri clone is a small, blue animated circle (nothing like the AI woman also called Cortana who features in the Halo game series).

Although many of Cortana’s features won’t be that different to Siri’s, Microsoft’s assistant will be able to suggest things to you throughout the day based on your preferences rather than waiting for you to ask questions. This may sound a little irritating, but Cortana also has access to a so-called Notebook, which contains all of the information about you it has access to – meaning you can pick and choose what’s available to the little fella before it starts barking tips at you.

For those interested in cultivating a Her-style relationship with Cortana, you can also programme it to address you by any name or nickname you please to build a more meaningful connection.

Both Cortana and Windows Phone 8.1 should be with us sometime this Spring.