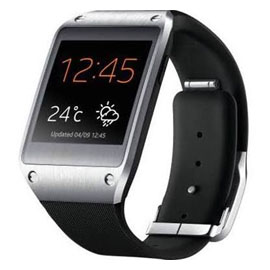 Next week Mobile World Congress 2014 kicks off in Barcelona. Not only will most major mobile hardware companies be showing off their latest handsets and maybe even wearable gadgets, but Mark Zuckerberg will be making an appearance too and no one is quite certain why just yet…

Be sure to check back in with Shiny Shiny next week for coverage of our favourite announcements, gadgets and gossip. But in the meantime here’s our quick rundown of some of the best bits to expect next week:

According to stats from Futuresource Consulting, the wearables market is already huge, with a global value of an estimated €7.4 billion.

Unsurprisingly, fitness devices currently make up the largest segment of that but Futuresource anticipates that by 2017 this could well be dramatically overtaken by wireless watches, with the market being led by brands such as Samsung and Apple.

Therefore it’s no surprise that both Samsung and Sony are expected to unveil the latest version of their respective smartwatches at next week’s event – well in advance of Apple’s long-awaited iWatch, which is expected to drop later in the year instead.

The Wall Street Journal hinted that Huawei could be previewing its own version of the smartwatch too and similar rumours about HTC and LG have been circulating for some time now.

Gartner has already predicted that we could see a slew of new chat and IM apps to compete with the likes of SnapChat and WhatsApp, which is hardly surprising given the mobile messaging boom.

According to rumours, we can also expect a number of personal assistant apps, as well as those created to automate your home.

AR software company Metaio are being dubbed as ones to watch when it comes to apps too, they have a stand at MWC and could be revealing some cool apps that may link up to phones or even wearable devices.

Lots of different small and large tablets are expected to be unveiled, including a Samsung Galaxy Tab 4 range, the Sony Xperia Tablet Z2 and the Google Nexus 8 among others.

Well it is MOBILE World Congress after all, so expect a lot of the major companies to be unveiling at least one new flagship handset, like the Samsung’s Galaxy S5 the Nokia Normandy/X and maybe the Sony Z2.