Like a jockey at the car show, 1990s internet behemoth Yahoo (of “your mum’s email address” fame) had been left twisting in the wind since the rise of Google, but their new CEO Marissa Mayer is doing her best to inject some life into the company. At CES she has announced a number of interesting new things. Read on to find out more.

Remember the old days, when you couldn’t get the news all of the time and had to wait until the TV showed a short bulletin in the morning or evening? Mayer does, and wants to recreate the feeling of frustratingly not knowing what is going on with this new app. 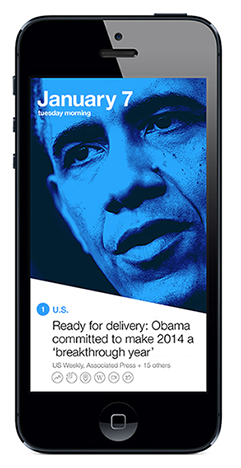 The idea is that you’ll get a twice daily news “bulletin” with updates – once in the morning, and once in the evening, with a summary of the latest stories. Apparently this will be driven by both an algorithm picking the most important things – but there will also be editorial oversight.

What is quite interesting about the app is that it is driven by Yahoo’s “Summly” which generates summaries of news from longer stories – given you a cut down explanation of what you need to know. Interestingly too, it will split content into different components, and each story will show an icon to indicate whether there are images, videos or infographics related to the story, and so on.

Whilst it seems like an interesting idea – and I can imagine that there is a place for this sort of news round-up, it does seem odd that the app would artificially punish you for wanting more news quickly – check out this screenshot of the app counting down until the next bulletin is available… wouldn’t you just fire up Google News if you wanted the latest in the meantime? 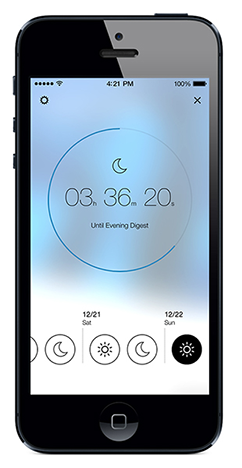 Yahoo have also announced that they’ve acquired the Android app Aviate, which we featured only a couple of weeks ago. What Aviate does is replace your Android homescreen, and instead of displaying the same apps all of the time, will change depending on the context. In the morning it might give you the latest news (say, the Yahoo News Digest app), and the weather – and then when it detects you’re in the car, will show an icon to launch Google Maps. At work, it might prioritise LinkedIn, and when you get home maybe some Netflix. 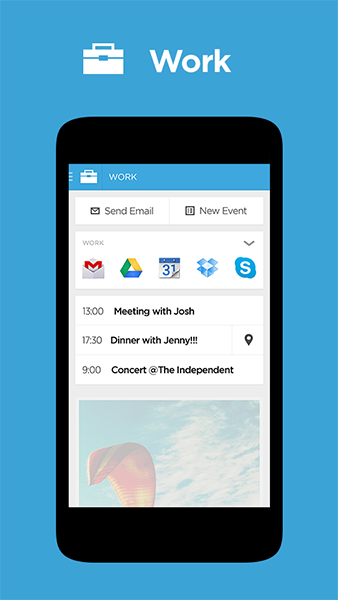 It’s very clever – and a smart acquisition by Yahoo. Not only does it give them more of a foothold on mobile, but it also means that they will “own” something that will be front-and-centre on peoples phones. And it might even be useful too!

Finally something inevitable, by which Tumblr users may dread. Yahoo have announced plans to start selling “sponsored posts” on Tumblr. We expect they’ll work in a similar way to Twitter – occasionally appearing on your timeline when you browse, and to be fair – it means that Tumblr might actually make some money for Yahoo, so they can keep it going. So expect to see all sorts of well-known brands posting animated gifs and selfies soon.