Just in time for Christmas HTC have announced that users of their slightly-more diminutive HTC One Mini smartphone will be getting an upgrade to the “latest” version of Android – 4.3, better known as Jelly Bean. 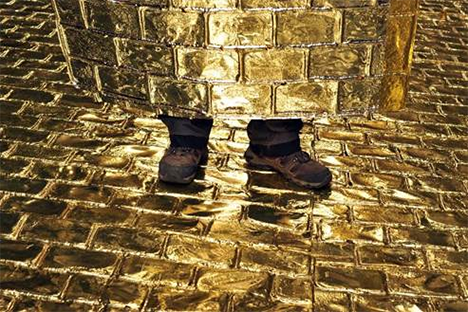 It’s just in time too, as the pretty soon an even newer version of Android – dubbed KitKat – will no doubt become the standard to beat (we’ve already seen it in the Nexus 5). The upgrade will guarantee the phone’s compatibility with newer apps and updates – so users will definitely be able to use the latest version of all of, say, Facebook and Vine, without being stuck on increasingly broken older versions.

The update also brings with it an update to HTC’s own HTC Sense user interface, which replaces the default Google skin. The big selling point of Sense is the “BlinkFeed” homescreen, which aggregates different social media and news updates – so you’re able to see what your friends are up to without even loading up Facebook. Apparently the latest update also adds compatibility with Instagram and Google+.

Additionally, the camera has received a boost – with new controls for exposure and being able to lock the focus on a particular shot. And there’s even a new HTC Sense TV app offering TV listings, which can be customised to feature whatever package of channels you have on your TV.

We’re not sure when the update is due to hit, but expect to see your phone blinking with a notification soon. 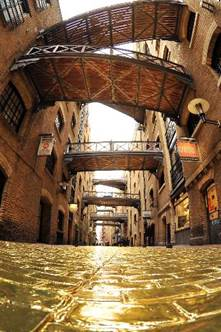 On a vaguely related note, HTC’s marketing department have been busy too. They recently transformed the cobbles of London’s Shad Thames by painting them gold to promote the new golden HTC One. As we’ve seen with the new gold iPhone 5S – apparently the metal is having a renaissance and is no longer seen as tacky but is actually super classy. So for once the streets of the capital were actually paved with gold… or at least, had some gold paint on top of the usual veneer of winter despair.