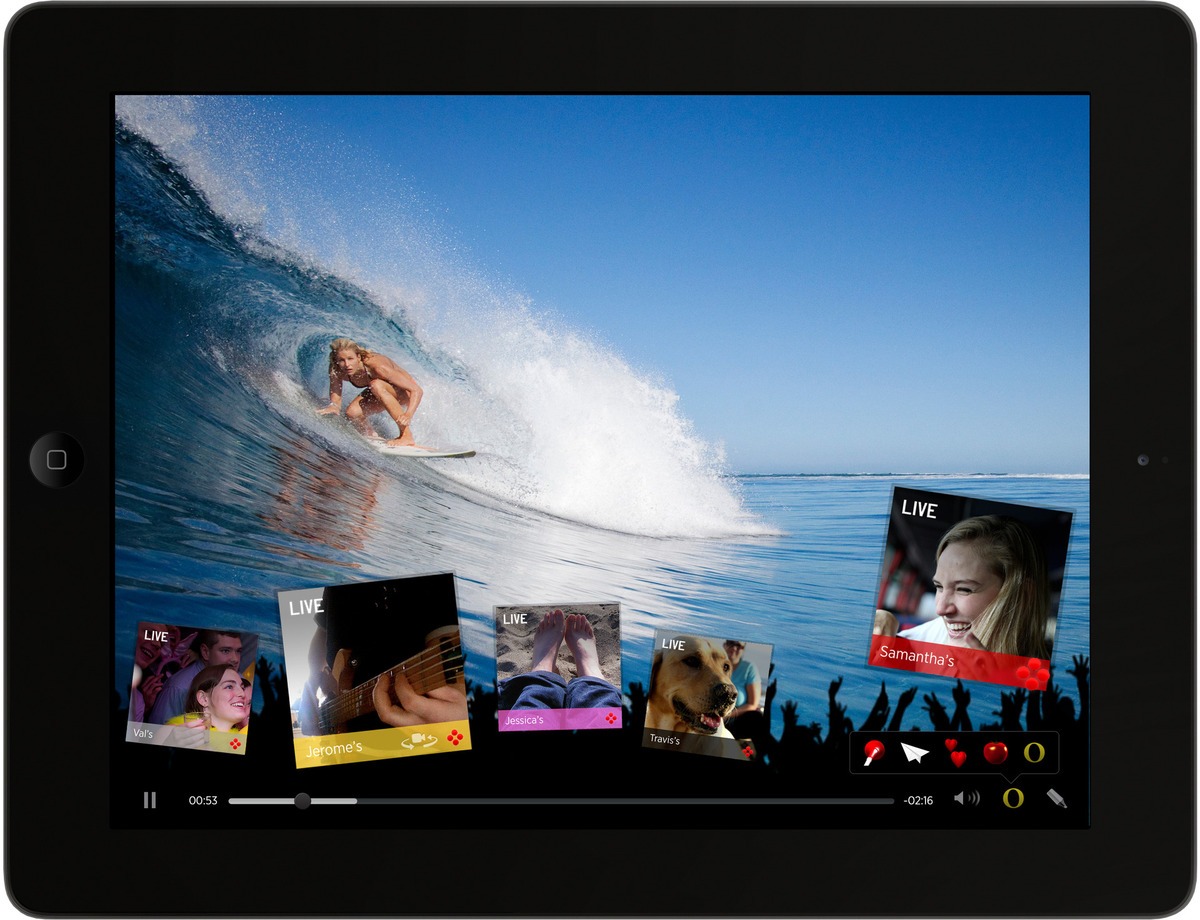 These days it takes quite a lot to get me excited about an iOS app. However I can realy see the potential of Spin a brand new app for both iPad and iPhone that has launched this week. It is an app that might just take video communication via phones and tablets to a new level.

On one level it is a video chatting app that enables the user to chat to a group of people. The difference between Spin and say Skype is that the unlike other video-chatting apps such as Skype, is that Spin presents each person in the conversation in a square which can be moved around the screen. It works superbly on the iPad, less well on the titchy screen of the iPhone. However the smart bit is that it lets the users do so much more such as sharing video or image content.

There’s also some interactivity options too so you can throw paper aeroplanes at people or send them visual messages.

The company is also taking the high ground in terms of quality claiming its HD visuals and 44kHz audio are superior to its rivals.

The platforms works seamlessly on the iPad but does highlight the limitations of the small screen of the iPhone. Hopefully an Android version is imminent so we can see how it works on the Galaxy Note and the Sony Xperia Z Ultra.

It is available for free from here, but sadly only if you have access to the US app store.