He may be the best songwriter of this generation (well along with the other fella whose birthday it is today), have created a vegetarian food empire and graced massive events from London 2012 Olympics through to Live Aid. But history is likely to remember Paul McCartney for his biggest contribution to 21st century – the invention of the selfie.

Macca made the claims while speaking on Jimmy Fallon’s late night chat show and pulled out an image of himself with a camera to prove the point.

And as for inventing the photobomb, you’ll have to watch the video to see that one. 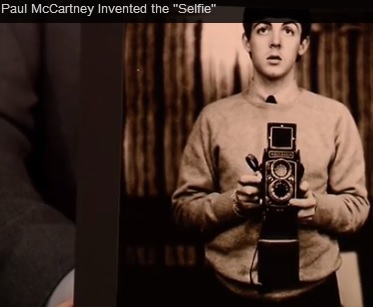