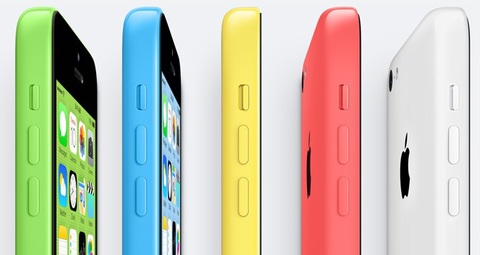 Simon Poluter of What Would David Bowie Do takes a look at the future of Apple.

Ever since Steve Jobs’ death – and even before it – clouds of disquiet have been cluttering the otherwise perfect blue skies above Silicon Valley.

The world’s technology children have been growing increasingly restless and the tea parties to launch new Apple products have become somewhat more rambunctious. Technology’s seemingly bullet-proof upstarts, who hooked a generation of consumers on their sugar-rich digital snacks, have left them addicted and in need of greater highs. However, to stretch this analogy painfully further, many Apple addicts have grown agitated and jittery, as the highs have worn off quicker each time something new has come along.

A desperate desire for rabbits from hats

It wasn’t that long ago that Jobs launched the iPad and totally disrupted the PC, telecommunications and networking industries simply by performing the by-then time-honoured Apple trick of doing something someone else has already been doing, but doing it better and making it cool.

But that was early 2010. In tech terms, a lifetime ago. It’s now the critical final third of 2013. This week’s launch of the iPhone 5S may have been – in classic, 1990s technology ‘arms race’ terms – a step up in terms of horsepower, and the iPhone 5C may be smart tactical marketing – but, to be blunt, so what?

Financial markets have reacted in much the same way, but whereas the Apple fanbase has been disappointed by the lack of sexy new toys, investors have been disappointed by Apple’s apparent reluctance to lower its prices to gain entry into the Asian markets they so desperately need to penetrate to beat Samsung and their Android brethren.

Herein, then, lies the frustrations of being a corporate player trying to balance sex appeal with good family finance management. It was only April 2012 that headlines declared Apple, once close to bankruptcy and dismissed as niche, to be the world’s most valuable company, worth more than $600 billion.

This was, remember, little more than six months after Jobs’ death, an event that brought the turtle-necked deity further adulation, but also sharp concerns about the company his successor, Tim Cook, would be taking over.

Working for a company whose share price is in single digits, to be into triple digits would be a luxury. But given Apple’s metoric rise from computer manufacturer-of-choice for creatives, to today’s consumer electronics behemoth, a stock price topography like that of the last year makes for uncomfortable viewing.

Welcome, then, to life at the very top. Such a scale of financial fortunes is the stuff of Greek gods chucking mountains at each other. Only a company like Apple can reveal successive quarters of eye-watering profits and telephone number-length revenues, and still have investors wiping large chunks off the company’s value because of a lack of exciting new baubles for the Christmas tree, as they did last year.

The iPhone 5S and 5C are hardly revolutionary, despite what Tuesday’s press event was at pains to point out. Fast phones exist, ranges of coloured phones exist. The 5S, with it’s 64-bit capability will either appeal to the speed freaks who simply want the best, or to the gamers happily screwing their eyes on the iPhone’s now relatively small screen. Perhaps the enhanced camera might prompt swapouts from existing iPhone 5 and older iPhone 4 owners, or maybe the fingerprint recognition will draw out paranoid urbanites.

There’s no question that these new phones are intended to crowbar open Asia for Apple. But they are also Apple’s ‘new’ phones for the rest of the world. How many iPhone 5 owners do you know, since Tuesday, to have said “meh” at the idea of queuing on September 20 to trade up?

In Asia they have a different job convincing people to get in line. Clearly Apple know where they need to plug gaps (it’s no coincidence their “special event” on Tuesday was streamed live to journalists in Beijing, Shanghai and Tokyo, as well as in Berlin). Apple’s brand is notably weaker in Asia, where Samsung is more consistently appreciated. My suspicion has been that the weeks, even months of apparent leaks about iPhone 5 components have been also to whet Asian appetites, collectively the world’s largest smartphone market (with China far and away the single biggest).

For those in Apple’s strongest geographies (drop a pebble in the pond that is Silicon Valley and watch the ripples permeate outwards) the reaction to Tuesday’s hardly-a-surprise announcements has been muted. This audience holds the highest expectations that, when the company stages a press event, it should actually rain gold, and not just gold-coloured phones.

Call me greedy, like an unsatisfied child on Christmas morning, but what else? Where was the screen size variation to challenge Samsung? Where’s the new iPad and iPad Mini? What else does Apple have in the innovation tank?

One slide during Tuesday’s presentation said it all: it was meant to show off the speed evolution of the iPhone, but in the process simply showed how the iPhone evolution cycle has slowed down. Whereas Apple were quick to refresh and update the first iPhone, intervals between later models have grown larger. At the same time, Samsung and the Android fraternity have busied themselves with all manner of devices.

Tuesday’s launch may well have been a tactical affair, but the company shouldn’t forget – even if it appears to be doing so alarmingly quickly – what built their phenomenal financial position: it was the sprinkling of fairy dust that its former CEO – together with the influence of Sir Jony Ive – applied every time he walked out on stage at the Moscone Center in San Francisco, and elicited genuine gasps of surprise, time after time, of something new, something different and something desirable.